Movies are released on Blu-Ray and DVD sooner and sooner. You are at the premiere today and within a few months they are available to be purchased and they are cheaper and cheaper. You wonder sometimes if it is worth going to the cinema. But yes it is worth it, as the cinema with its special 3D effects, or simply the big screen is priceless. Or at least it is for a movie junkie like me. Here is London Mums’ favourite KIDS’ DVDs released ahead of Christmas. There’s something for everyone. 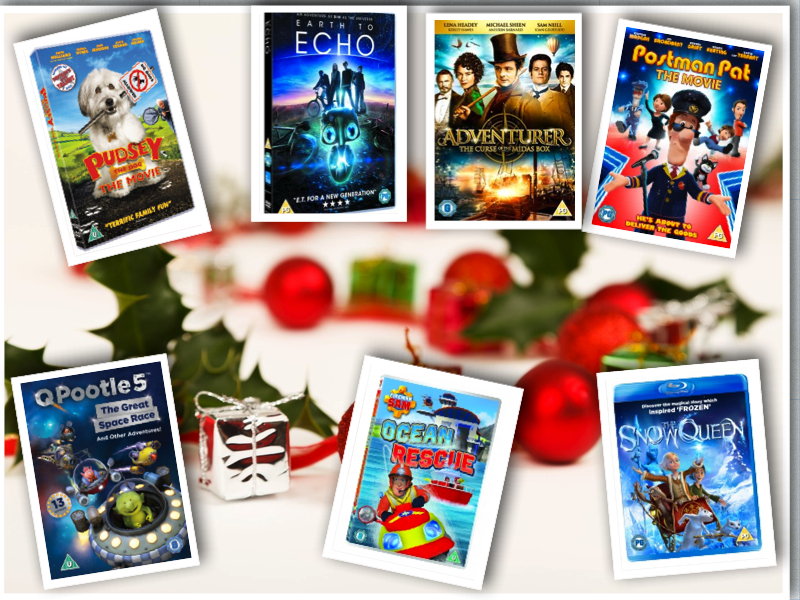 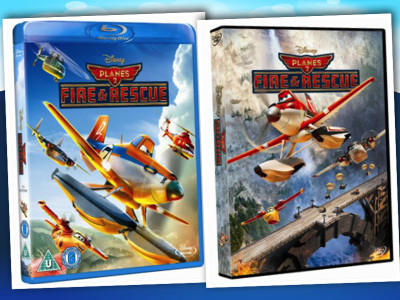 If your kids loved the first Planes movie,  they will enjoy the high-flying comedy adventure “PLANES 2: FIRE & RESCUE,” which is now going to be available on Blu-ray™ and DVD from the 1st December 2014.  This heart-pumping, laugh-filled follow-up to last year’s smash hit “PLANES,” shows the journey of world famous racer Dusty Crophopper as he joins an elite fire and rescue unit and learns what it takes to become a true hero. Featuring non-stop action, memorable characters and exclusive bonus content, “PLANES 2: FIRE & RESCUE” is this winters must-own animated family film!

After grossing £4.4 million at the UK box office alone “PLANES 2: FIRE & RESCUE”, directed by Robert Gunnaway and produced by Ferrell Barron, is soaring onto the small screen this December with wondrous high definition picture and sound, along with thrilling bonus features. The Blu-ray™ disc offers an exciting inside look at the making of the film, which features real-life smoke jumpers and firefighters, an all-new exclusive short “Vitaminamulch: Air Spectacular” the mock-umentary promotional piece “Welcome to Piston Peak;” as well as never- before- seen deleted scenes. 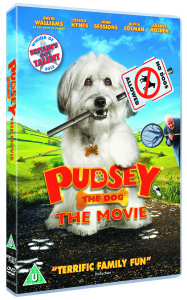 Apparently not just my favourite but also Britain’s most loved dog, Pudsey was the winner of Britain’s Got Talent 2012 and is half of the duo that is Ashleigh and Pudsey! Due to his new found fame, Pudsey is now also the star of his very own film, Pudsey The Dog: The Movie!  Pudsey The Dog: The Movie was released on DVD on 10th November 2014, courtesy of Entertainment One.

I love Pudsey and even more after meeting him!

Here are my Pudsey superfan Film review of Pudsey The Dog: The Movie and my filmed interview with Pudsey (and Ashleigh of course) on You Tube.

If you want to know how a day in a life of Pudsey looks like check this video out. Enjoy! 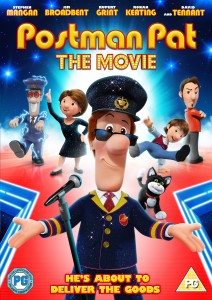 My son has already watched this DVD twice since getting it. Check my film review of Postman Pat: The Movie to find out why it is so entertaining.

Here is my exclusive interview with Stephen Mangan who voiced the new Postman Pat.

Bonfire Night was really special for us at Battersea Park. We braved the rain but it was great to celebrate in the Fireman Sam VIP tent.  Fireman Sam had a very busy week of bonfire and fireworks activity – first starting at the Brockwell Park Bonfire celebrations where he walked through the crowds, meeting the guests and posing for photographs with lots of happy children. 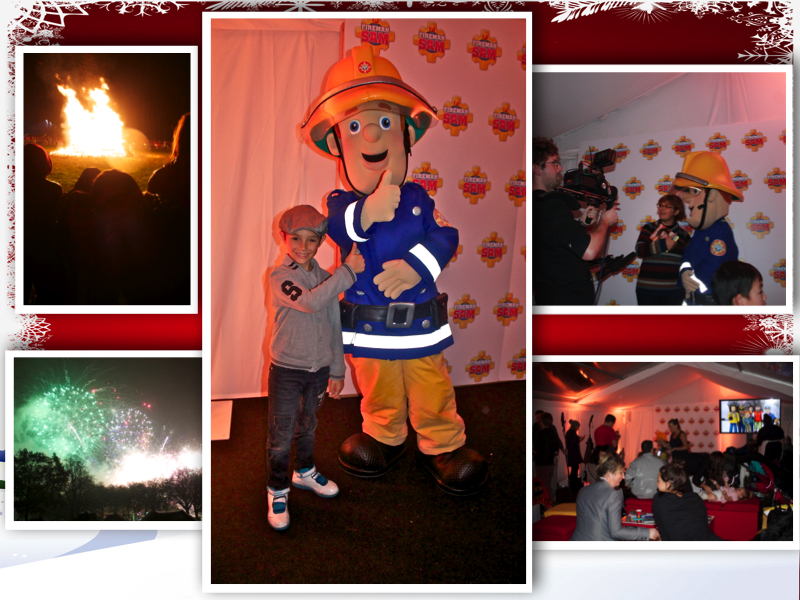 Here is a video of me commenting on the night! Amazing!

What I love about this TV series is the fact that it clearly shows that firemen do not just extinguish fire but are also involved in all sorts of rescue operations. The new episodes in new DVD Fireman Sam: Ocean Rescue in particular are very educational in that respect.

He and his brave firefighter friends are back – this time tackling disasters out at sea in a series of Ocean Rescue missions. Catch the ever-dependable Sam and co in this series of water-themed rescues and see if he can save the people of Pontypandy from a variety of nautical nightmares.

Join Fireman Sam for the grand opening of Pontypandy’s Ocean Rescue Centre! New coastguard Ben works alongside the Rescue Team to keep everyone safe with heroics on the high seas. Mike takes on the choppy waters alone as he attempts to set up some fireworks, but they accidentally all go off at once! Meanwhile, Norman and Mandy row out to sea in search of a rare turtle – but it’s not long before they are lost, and the waves keep getting bigger. Will Fireman Sam be able to find them before disaster strikes?

Available online at www.amazon.co.uk and in all good retailers nationwide

Q POOTLE 5: THE GREAT SPACE RACE AND OTHER ADVENTURES! 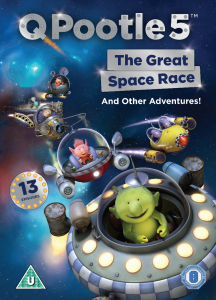 Space is a fun place to be with Q Pootle 5! This Christmas there are two new DVDs out to entertain kids over the school holidays. Q Pootle 5 and his friends Oopsy, Eddi, Stella, Ray, Groobie, Bud-D and Planet Dave tackle the everyday problems of the final frontier in 13 fantastic adventures including ‘The Great Space Race’, ‘The Singing Valley’, ‘Hitting The High Note’ and ‘Runaway Rocket’. Fans, young and old, can also sing along with Q Pootle 5 and his friends with ‘Okidoki Karaoke’ and discover how the series was created with interviews with the cast and crew of the show. Inside the DVD box you will also find a smoothie recipe and short quiz.

Q Pootle 5 and the friendly residents of planet Okidoki celebrate Christmas on CBeebies with a never before seen 27 minute extended episode.

It’s Christmas time on Okidoki and all is calm as Q Pootle 5 and his friends prepare for the happiest time of the year. All is bright too, with the new festive lights festooned across the shack, ready for Groobie’s pantomime. But, when a mayday call interrupts the rehearsal, the friends suddenly find themselves in an epic adventure in which the very future of Christmas is at stake! 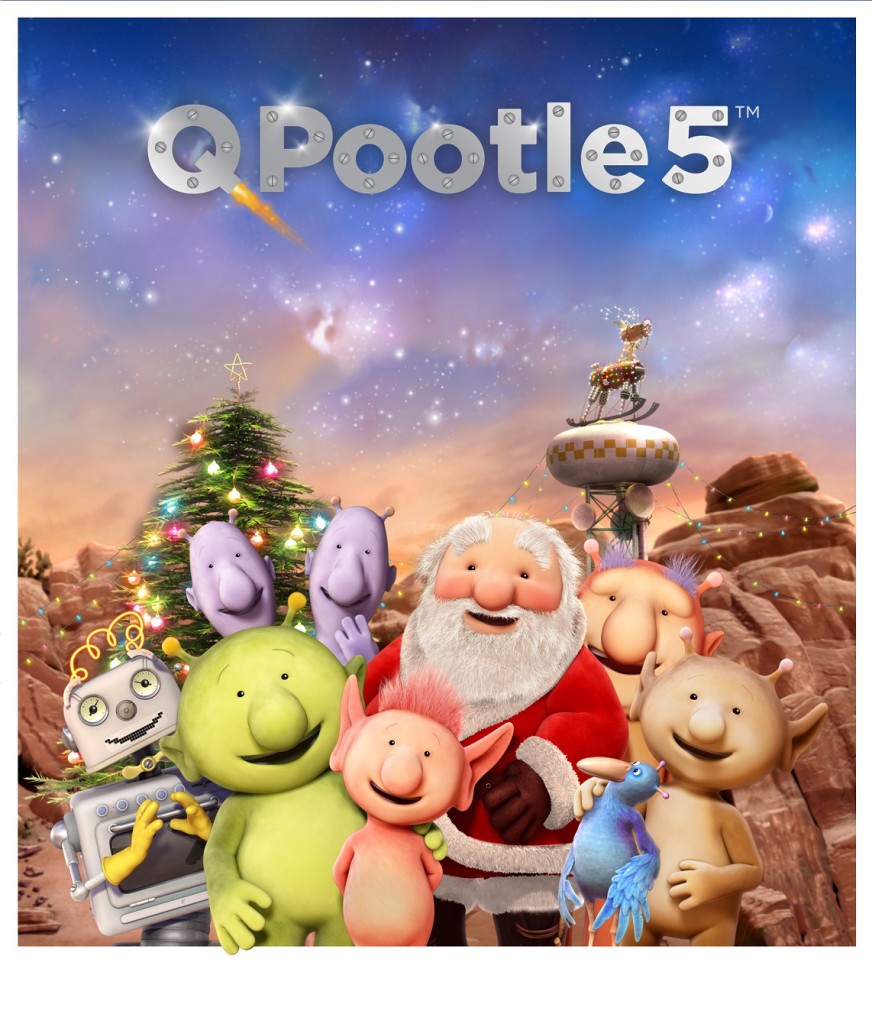 Q Pootle 5 is based on the best-selling books by the hugely popular children’s author and illustrator Nick Butterworth and the series features an outstanding voice cast including: Ed Gaughan (Bunnytown, Black Mirror); Joanna Page (Gavin & Stacey, Poppy Cat); Steven Kynman (Thomas & Friends, Fireman Sam); Richard Ridings (Peppa Pig); and Ella Kenion (Cuckoo, The Hive, Swashbuckle). The British Animation Awards nominated series launched on CBeebies in July 2013. Since its launch, the series has performed above the slot average for its first runs. It has also has been sold to 70 countries worldwide.

In addition to the DVD release, Q Pootle 5 puzzles and games – including a 35 piece puzzle assortment, 4in1 shaped puzzle and giant playing cards – from Jumbo and two brand new picture books from Walker Books, have arrived in-stores this Autumn.

Q Pootle 5 is fun and engaging, with stories that spark children’s imaginations everywhere. 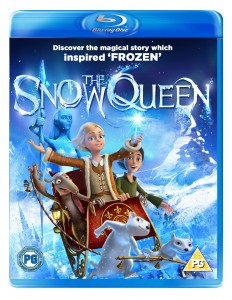 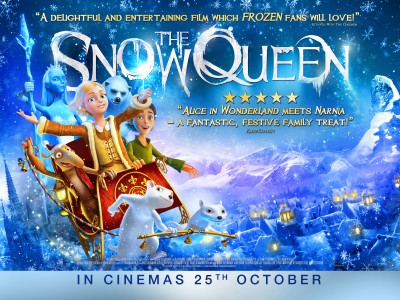 Discover the dazzling story that inspired Frozen, as Signature Entertainment proudly presents THE SNOW QUEEN, in selected cinemas from 25 October plus a parallel Blu-ray, DVD and digital release.

Based on the enduring, magical fairy-tale by Hans Christian Andersen, THE SNOW QUEEN follows the story of little orphan girl Gerda, who must defeat the evil Snow Queen who has taken over the kingdom and kidnapped Gerda’s brother, Kai.

Accompanied by her pet ferret, Luta, and Orm the troll, Gerda embarks on a perilous journey across the icy wonderland, facing swashbuckling pirates and treacherous trolls, in a race against time to defeat the wicked Snow Queen, save Kai and bring warmth back to the hearts of people across the land.

Fans of Frozen will delight in this heart-warming take on a beloved fairytale – full of fantastic, lovable characters, and timed perfectly for the festive season, this fun-filled, frosty adventure will melt even the iciest of hearts!

THE ADVENTURE CONTINUES THIS WINTER AS THE SNOW QUEEN: MAGIC OF THE ICE MIRROR ALSO ARRIVES IN CINEMAS FROM 12 DECEMBER  2014. 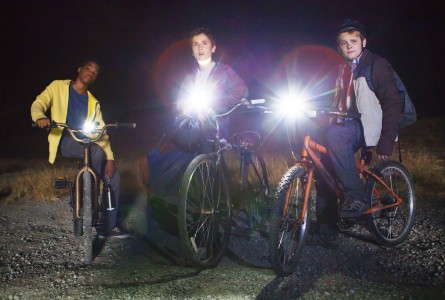 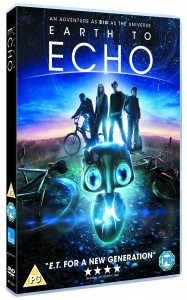 Earth to Echo is one of my favourite films from 2014 for its originality, for being such a modern, fast-cut, fast-moving story of fun and friendship. It is finally out on DVD and Blu-ray and Digital Download from the 17th November, making it the perfect Christmas present for the whole family.

FRIENDS NO MATTER HOW FAR
CREATING THE TRUCK SCENE
CASTING THE CHARACTERS
WE MADE THAT!: THE MAKING OF EARTH TO ECHO
DELETED SCENES

The House of Magic 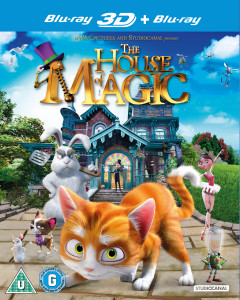 The story: A lost little cat is about to go on a magical adventure! Seeking shelter from a storm, abandoned young cat Thunder sneaks into a mysterious mansion owned by retired magician Lawrence. The magician shares his fairy-tale world with many animals and a dazzling array of automatons and gizmos. He soon makes Thunder feel welcome, but Jack the rabbit and Maggie the mouse start plotting to get him kicked out. However when the house becomes under threat its ragtag inhabitants develop a spooky strategy to defend their home using Thunder as their secret weapon… 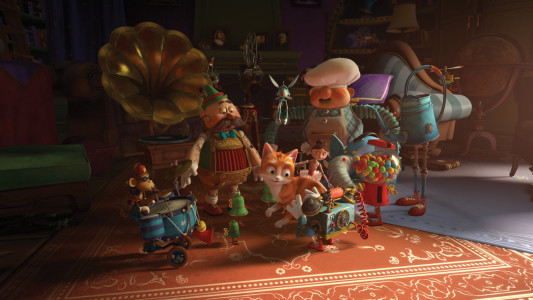 The Adventurer: The Curse Of The Midas Box 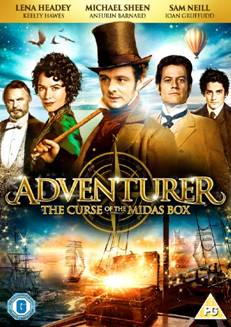 The Story: Good adventure movie to watch on a Wintery afternoon, THE ADVENTURER: THE CURSE OF THE MIDAS BOX is an instant classic the whole family will enjoy.  An all-star cast features in the family fantasy epic, THE ADVENTURER: THE CURSE OF THE MIDAS BOX, coming to DVD and digital platforms on October 27th, 2014, courtesy of Signature Entertainment.  As the steam age takes hold in Victorian London, Mariah Mundi’s life is turned upside down when his parents vanish and his younger brother is kidnapped. After an encounter with a charismatic stranger, Mundi follows a trail of clues to the majestic Prince Regent Hotel where he discovers a hidden realm of child-stealing monsters, deadly secrets and a long lost artefact with the potential to grant limitless power at a devastating supernatural cost. With the fate of his world and his family at stake, Mundi will risk everything to unravel the Curse of the Midas Box!
Starring Aneurin Barnard (TV’s Moonfleet, The White Queen) as Mariah Mundi, THE ADVENTURER: THE CURSE OF THE MIDAS BOX also features a wealth of household names, including Michael Sheen (The Twilight Saga, Frost/Nixon), Sam Neill (Jurassic Park, Escape Plan), Ioan Gruffudd (Fantastic Four, The Secret Of Moonacre), Lena Headey (TV’s Game Of Thrones, 300: Rise Of An Empire) and Keeley Hawes (TV’s Spooks, Ashes To Ashes).

The verdict: This movie is suitable for children aged 8+ both for its content (not too easy too understand without much historical knowledge) and the violence of some scenes involving kids on a verge of being killed. The pace is quite slow for the first half and at times difficult to keep up with. Both my son and I loved the Victorian costumes and backdrop. The reconstruction of the Victorian atmosphere is probably the best feature of the entire film.

This entry was posted on Tuesday, November 18th, 2014 at 11:36 am and is filed under Movies. You can follow any responses to this entry through the RSS 2.0 feed. Both comments and pings are currently closed.