I have caught up with film director Rupert Goold in Central London about his latest movie Judy starring Renee Zellweger, the biographical story of one of the biggest entertainment legends in the world, Judy Garland. Judy bounces back and forth between Garland’s teenage years in Hollywood and the twilight of her career, when she took a strenuous job as a singer at a London nightclub in order to raise enough money to pay her debts and to reunite with her two younger children being cared for by her ex-husband Sid Luft back in the States. Goold explained to me how he has brought the story of Judy’s search for love and a way home to the big screen, making parallels to The Wizard of Oz, and why filmmaking makes him feel powerful. Judy lands in UK Cinemas from 4 October 2019. 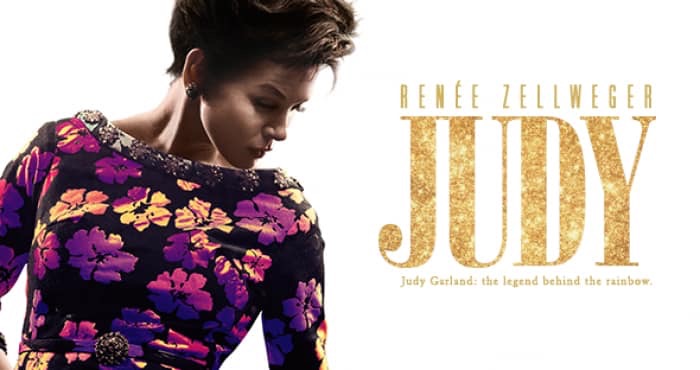 These were my questions for Rupert Goold. Watch the interview to find out what he had to say. We even play a little Wizard of Oz/Judy game. 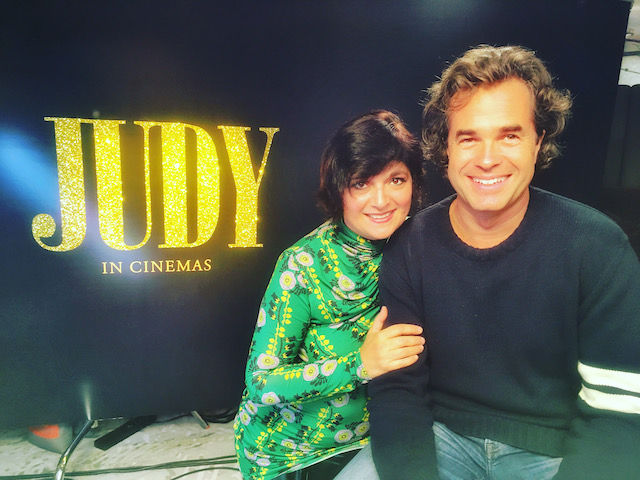 Winter 1968 and showbiz legend Judy Garland arrives in Swinging London to perform in a sell-out run at The Talk of the Town. It is 30 years since she shot to global stardom in The Wizard of Oz, but if her voice has weakened, its dramatic intensity has only grown. As she prepares for the show, battles with management, charms musicians, and reminisces with friends and adoring fans, her wit and warmth shine through. Even her dreams of romance seem undimmed as she embarks on a courtship with Mickey Deans, her soon-to-be fifth husband. And yet Judy is fragile. After working for 45 of her 47 years, she is exhausted; haunted by memories of a childhood lost to Hollywood; gripped by a desire to be back home with her kids. Will she have the strength to go on? Featuring some of her best-known songs, including the timeless classic ‘Over the Rainbow’, Judy celebrates the voice, the capacity for love and the eccentric charme of “the world’s greatest entertainer”.

Judy is a drama about Judy Garland’s final comeback in London before dying at a young age (47) of an accidental drug overdose in 1969.

Renée Zellweger’s portrayal of the late Star Is Born actress is one of the best performances of the year. Not only she manages to bare her bruised soul to show Judy’s self-destructive yet strong nature but she can also sing live like a professional. 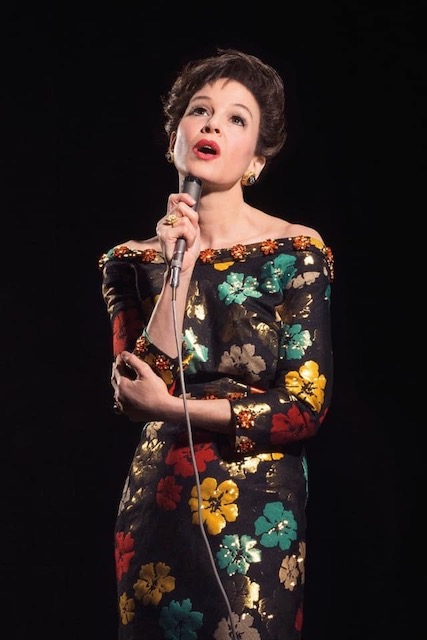 The movie makes us think about being a star child forced to take drugs to cope with the demands of TV and film makers. As a mum, I would never deprive my child of his childhood for all the fame and money in the world. After watching this film, you’d feel the same. 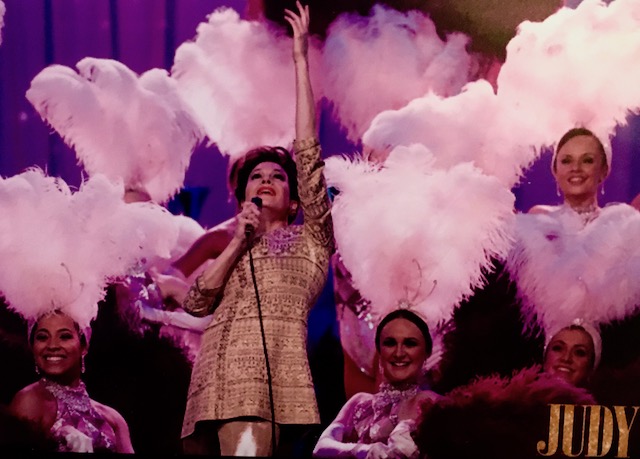 I loved how Goold told the parallel story of Judy as a teenager and as a middle-aged woman through flashbacks. The similarities in her behaviour and reactions to what life throws at her both as a young lady and as a mature woman as well as Dorothy in the storyline of The Wizard of Oz are incredible. 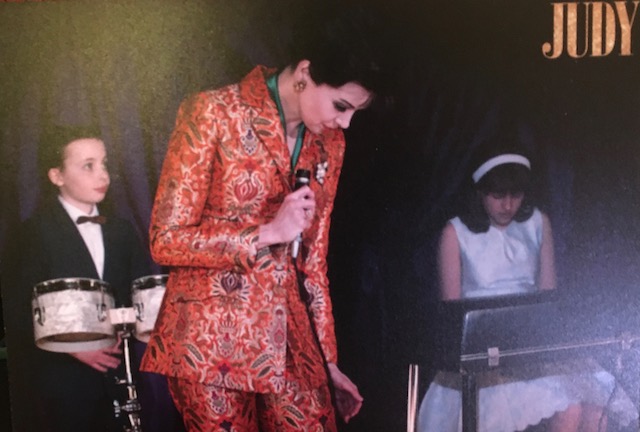 Judy made me reflect about being a middle-aged woman myself going through so much inside and out. I’d say that this movie has universal appeal above and beyond the story of an amazingly talented singer. It’s unmissable but be warned: it is emotional so be prepared to have tissues with you at the cinema when it comes out on 4th October 2019. 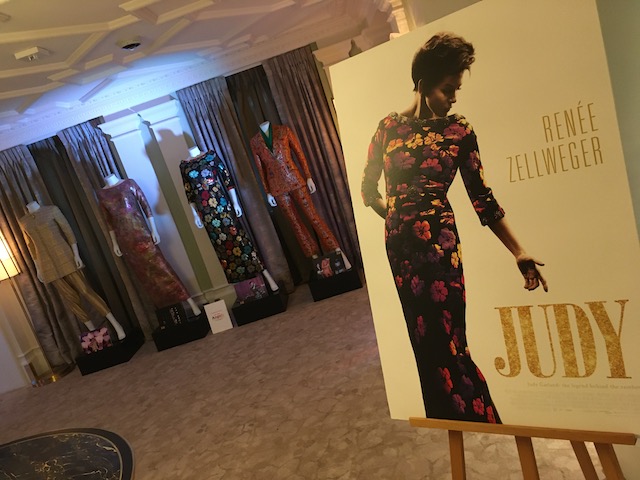 The costumes made for Renée Zellweger are really shiny and so diva-like!

I had the chance to photograph and touch them at the Mandarin Oriental hotel where I met Rupert Goold. 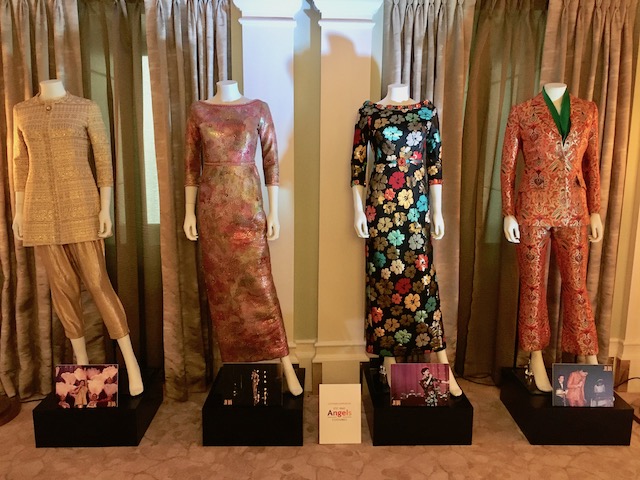 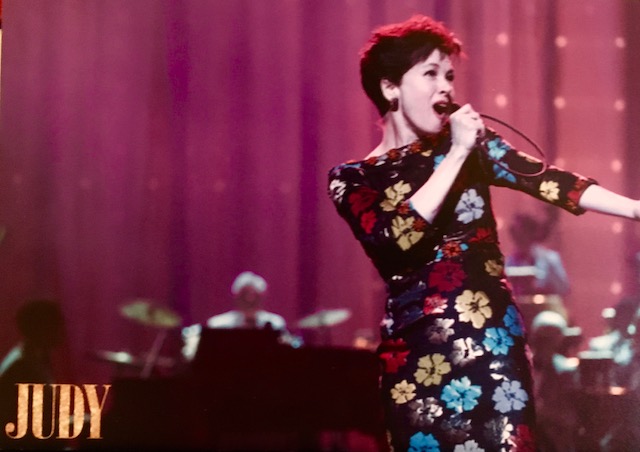 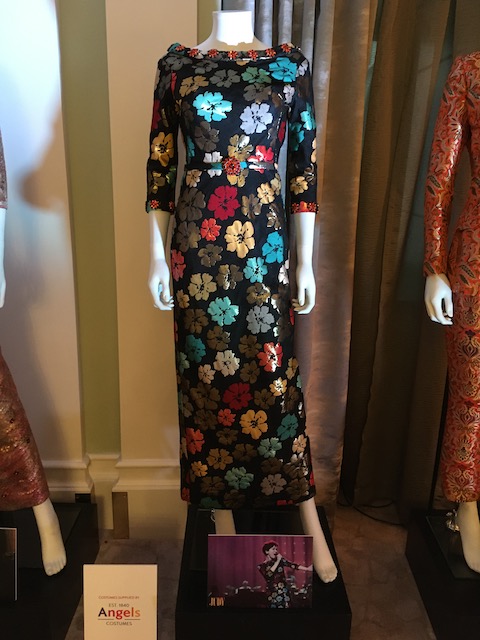 This entry was posted on Wednesday, October 2nd, 2019 at 2:35 pm and is filed under Movies. You can follow any responses to this entry through the RSS 2.0 feed. Both comments and pings are currently closed.