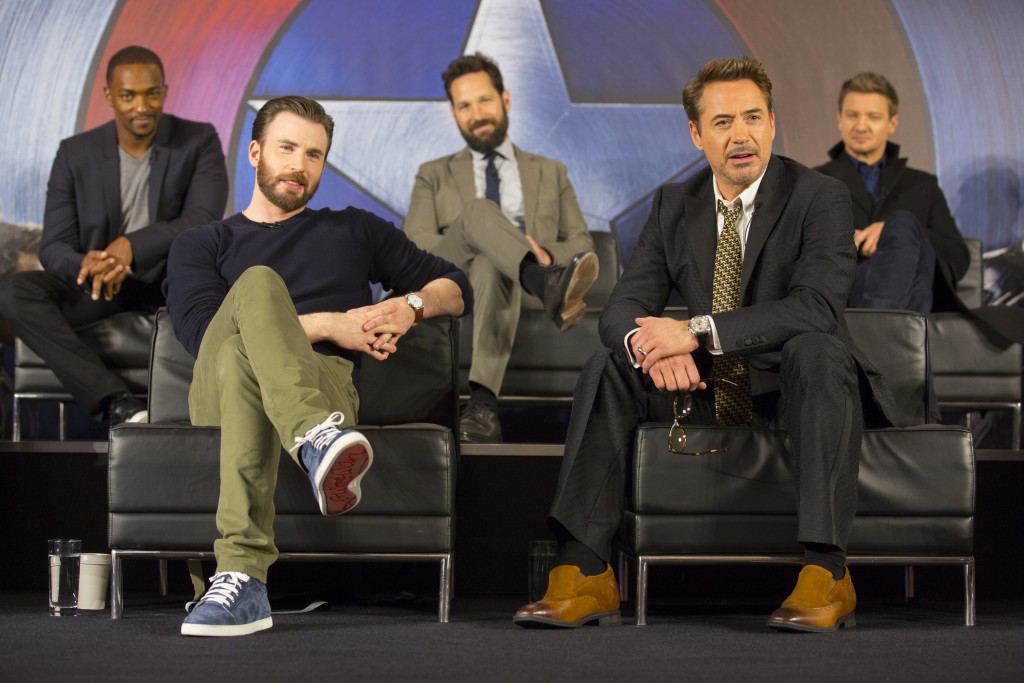 On DVD, Jennifer Lawrence is Joy, while Tina Fey and Amy Poehler are devoted Sisters.  There’s the new top five at the British box office, a sprinkling of movie news and your essential guide to the movies is packed into exactly 20 minutes.  It’s on iTunes, TuneIn and right here on London Mums:

Don’t forget you can keep up to date with Talking Pictures by liking the official Facebook page or following Freda on Twitter, @TheCoopsReview.

Tags:  Amy Poehler Anthony Mackie Captain America:Civil War Chris Evans Golden Years Jennifer Lawrence Joy Paul Bettany Robert Downey Junior Sisters Son Of Saul Tina Fey
This entry was posted on Friday, April 29th, 2016 at 1:05 pm and is filed under Movies. You can follow any responses to this entry through the RSS 2.0 feed. Both comments and pings are currently closed.