Book of the week: Quentin Tarantino: The Iconic Filmmaker & His Work by Ian Nathan

I love movies and books about filmmakers. Quentin Tarantino: The Iconic Filmmaker & His Work by Ian Nathan is the ultimate celebration for any Tarantino fan. Nathan looks at the cult filmmaker’s career and explores the genesis of his unique directorial style, providing insight into his inspirations and his frequent collaborations with favoured actors. Packaged in a handsome slipcase and loaded with stunning pictures from the Kobal archives, the pages are brimming with images taken on set and behind the scenes. It’s the perfect present for any film lover and a Tarantino fan. 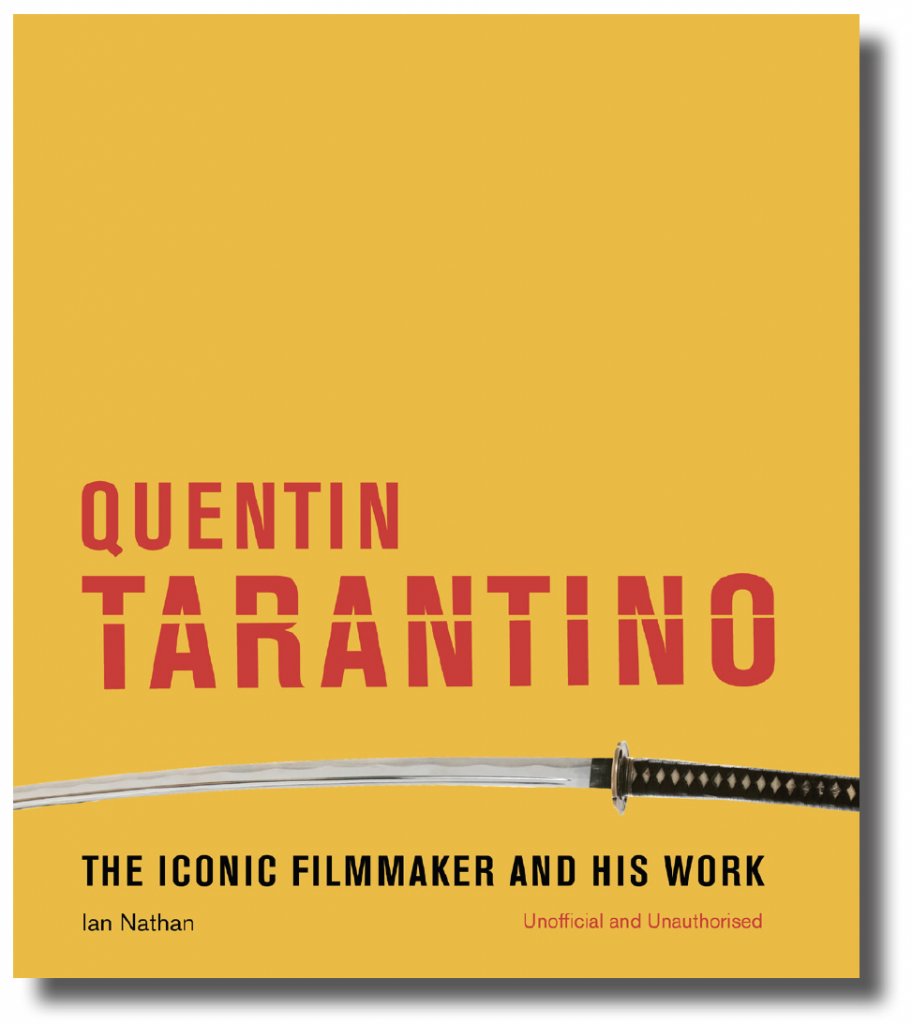 This book is interesting also for those who are not huge fans of Tarantino, because it talks about a lot of movies that have influenced the director over the years.

Through in-depth and informative text written by renowned film journalist Ian Nathan, and packed with stunning images from the Kobal archives, this biography examines the entirety of Tarantino’s work, including his early writing on screenplays such as True Romance and Natural Born Killers, his break-out directorial debut Reservoir Dogs and the career defining Pulp Fiction, as well as his later iconic films, such as Kill Bill Volumes 1 and 2, Inglourious Basterds and Django Unchained. The book also delves behind the scenes of Tarantino’s latest masterpiece, Once Upon a Time in Hollywood.

What I like the most about this book, is its explanations about how Tarantino’s brilliant mind works to make every movie starting from the things that inspired him. Every chapter explores one of Tarantino’s films from conception to production accompanied by excellent behind the scenes photographs.

The passion that Tarantino has for film making comes across in every page. It is a highly recommended book.

Author Ian Nathan, who lives in London, is one of the UK’s best known film writers. A former editor and executive editor of Empire, his latest book is Anything You Can Imagine: Peter Jackson and the Making of Middle-earth, a major new filmmaking history of The Lord of the Rings films,featuring brand new interviews and unprecedented access to Peter Jackson’s archive. He is also the author of Alien Vault, the worldwide best-selling history of Ridley Scott’s masterpiece, Tim Burton: The Iconic Filmmaker and His Work, a gorgeous study of the acclaimed director, The Coen Brothers, and the Sunday Times No 1 best-selling guide Inside the Magic: The Making of Fantastic Beasts and Where to Find Them. You might also have seen him on the popular Sky Arts Discovering Film series. Or heard him Friday afternoons on Talk Radio.

This entry was posted on Wednesday, November 6th, 2019 at 11:03 am and is filed under Movies. You can follow any responses to this entry through the RSS 2.0 feed. You can skip to the end and leave a response. Pinging is currently not allowed.