I was 10 years old when The Blue Lagoon was released in cinemas.  In 1980 it was a prohibited film for children under 18 because it showed a lot of nudity even if it was just a sensuous story of natural love starring Brooke Shields and Christopher Atkins. I watched it for the first time when I was 18 and it felt really like porn back then (giggling). I am glad Eureka Entertainment has just released it in Blu-ray in the UK in a Dual Format (Blu-ray & DVD) edition because it has brought back memories of those innocent times. Compared to sexy movies shown on TV these days, The Blue Lagoon is a very candid film. The lush beauty and splendour of a South Pacific paradise is vividly captured in this version of Henry De Vere Stacpoole’s 1903 novel. 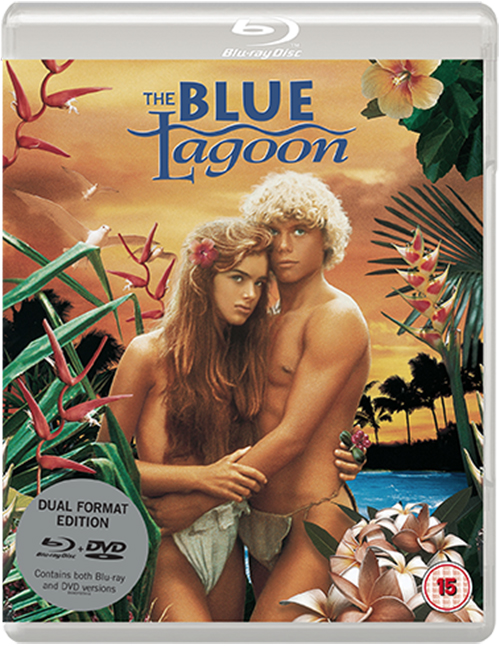 Two small children and a ship’s cook survive a shipwreck and find safety on an idyllic tropical island. Soon, however, the cook dies and the young boy and girl are left on their own. Days become years and Emmeline (Brooke Shields) and Richard (Christopher Atkins) make a home for themselves surrounded by exotic creatures and nature’s beauty. 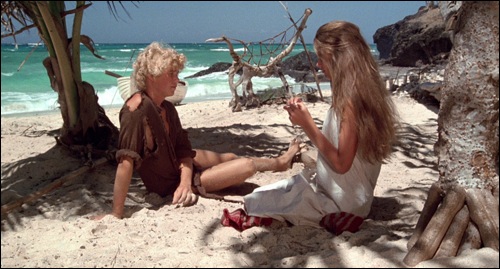 They learn to cope with the bewildering variety of physical and emotional changes that come with adolescence. As they begin to mature, their childhood affections lead to a sensitive and more profound love. But will they ever see civilisation again? 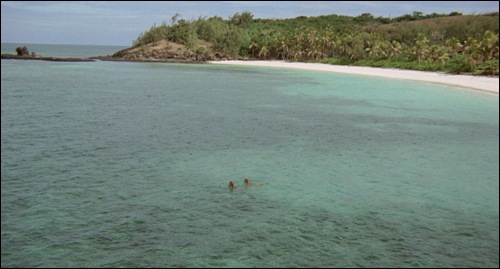 Undoubtedly the third protagonist of The Blue Lagoon is the backdrop to the adolescent love. The locations that provided the amazing silhouetted pacific sunsets as well as the coral reefs and fishes are in Jamaica and a private island in Fiji. 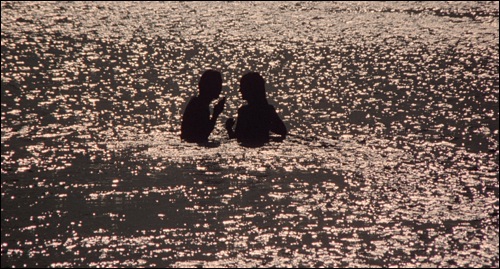 It is not so well known that the filmmakers contributed to discovering the Fiji Crested Iguana, a previously unknown species to scientists. Hats off to them! 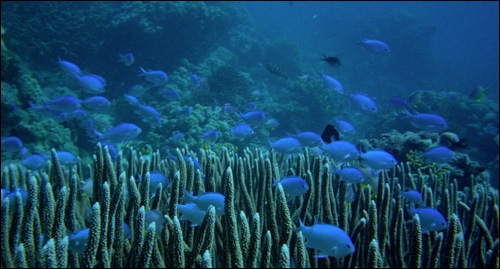 The film starts out a bit like Swallows and Amazons as an adventurous afternoon movie for kids but after a few underwater nude shots of the teenage protagonists it becomes clear that it’s a ‘coming of age’ story that is not suitable for children under 15. There’s nothing obscene about it, but the tale of two teenagers suffering through puberty and unexpected teenage pregnancy could be a bit hard to understand to kids who haven’t gone through that. 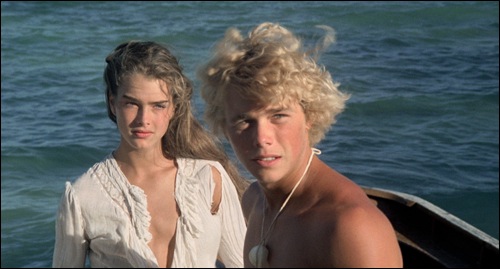 There are a few unintentionally funny moments when Emmeline and Richard start noticing their changing bodies and their new feelings for each other. The actors are gorgeous but not professional (at the time) hence the movie sometimes suffers from lack of credibility particularly when they are expressing their feelings. 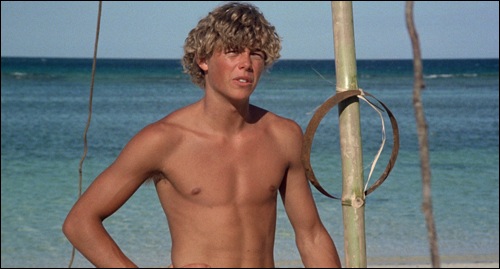 Overall the film is lovely to watch especially to people like me who could not watch it when it came out surrounded as it was by the Eighties’ taboos which made The Blue Lagoon so much more interesting. 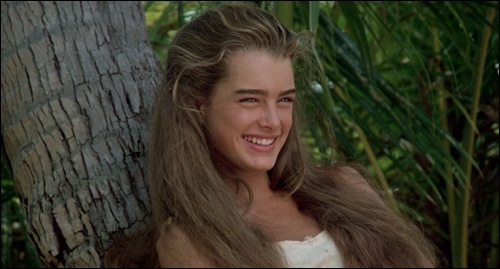 This entry was posted on Wednesday, April 12th, 2017 at 7:10 pm and is filed under Movies. You can follow any responses to this entry through the RSS 2.0 feed. Both comments and pings are currently closed.