The Big Interview on Talking Pictures: Mark Ruffalo at the Spotlight Press conference

The Big Interview on this week’s Talking Pictures goes outside the studio for the Spotlight press conference.  London Mums’ resident film critic, Freda Cooper, hears what star Mark Ruffalo has to say about working alongside the real journalists from the Boston Globe.  And the film itself gets the show’s ultimate accolade!

Also in cinemas this week is Antonio Banderas in The 33, the true story of the Chilean miners buried underground in 2010, and Michael Caine in Youth.  Mark Ruffalo is on DVD as well, in Infinitely Polar Bear, and there’s also Michael Shannon in 99 Homes. 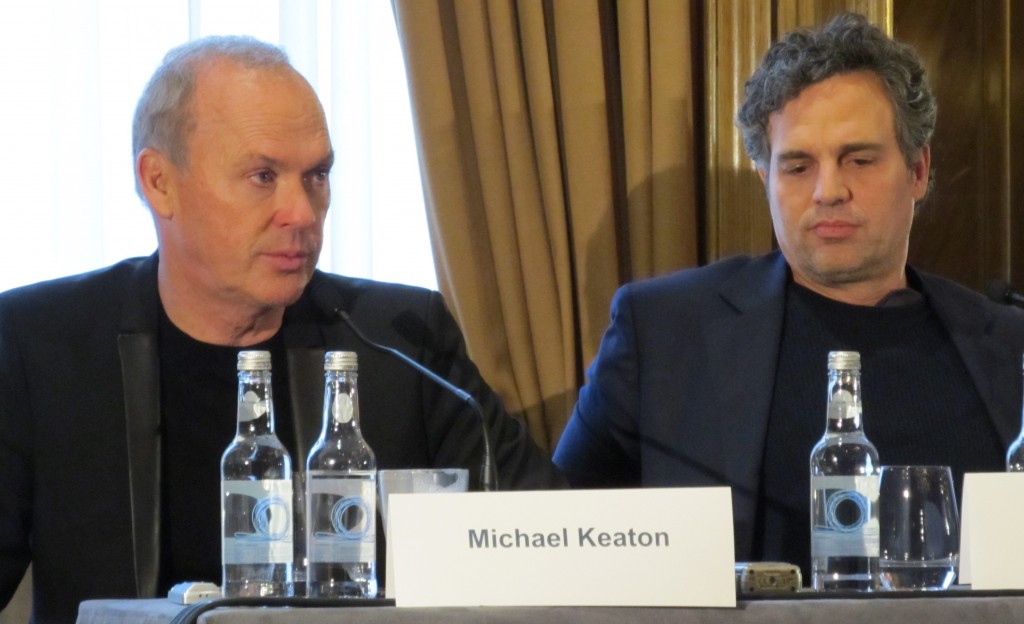 All those films, and the new top five at the British box office, are packed into just 20 minutes in your essential guide to the movies.  It’s on iTunes, TuneIn and right here on London Mums:

This entry was posted on Friday, January 29th, 2016 at 1:07 pm and is filed under Movies. You can follow any responses to this entry through the RSS 2.0 feed. Both comments and pings are currently closed.