Isn’t London the richest place to be for culture? If you know where to look, you can find anything. Last weekend a stream of films from Estonia, Latvia and Lithuania were on the menu at the Baltic Film Festival at Riverside Studios. Next week, who knows what delights. London Mums‘ editor Monica Costa and I caught the final screening in this festival.

Anastasia (13) and Diana (9) are two sisters living in a Latvian orphanage. When they discover that an American family wants to adopt them, Diana cannot wait to move to the States, while Anastasia is less excited about the prospect of leaving her home and her adult sister, Yulia, and her baby, Lily. When she finds out that their estranged biological mother, Alla, has been released from prison, Anastasia does everything she can to establish a relationship with her, but Alla can hardly take care of herself, let alone her children. Anastasia has to make a crucial decision – to either leave her mother and Yulia behind by moving to America or to remain in Latvia in the hope of one day living with her mother. Anastasia’s decision is made even more difficult when she learns that her sister’s fate also lies in her hands, because the law states that two siblings cannot be split up.

Filmed by a documentary film maker, Sisters had a realistic feel, as it charts the painful and conflicting emotions of a child in an orphanage who is up for adoption. By turning this social issue in Latvia into a narrative, the Director has whipped up a storm.

Although the tone is much gentler than you would expect, there is always the threat of the children getting drawn into drugs and sexual abuse.

The director, Linda Olte , was present at the Baltic Film Festival for a Q&A session after, hosted by Film Curator and Writer, Mickey La Rosa. We learnt that Olte had intended for the whole cast to be orphans, but it proved to be too challenging. Some of the walk-on parts were played by real orphans, so they could benefit from the experience.

More at the Riverside Studios

Check out Riverside Studios for its alternative offering: great for a low-key date night. Or, Mums, why not get together for a girls night out: film and drinks after at their café-bar, all in a tranquil spot overlooking the Thames and Hammersmith Bridge. 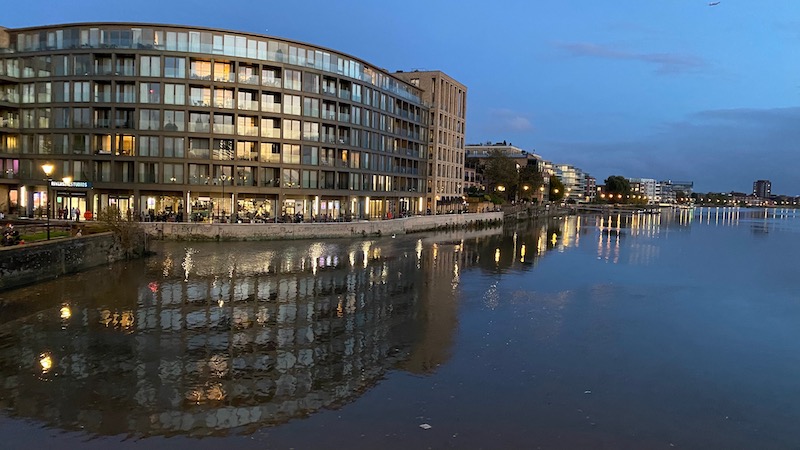 This entry was posted on Thursday, November 3rd, 2022 at 1:11 pm and is filed under Movies. You can follow any responses to this entry through the RSS 2.0 feed. You can skip to the end and leave a response. Pinging is currently not allowed.