Famous Superheroes in books and films

Why do we love Superheroes so much? WHO was the initial inspiration for superheroes? WHAT was he/she like and how has the concept changed over time? I grew up in the Seventies and my favourite superhero was Zorro before the arrival of Superman and Spider Man. Here is MY personal favourite list of superheroes found in books, comics as well as movies. Please let us know who YOUR favourites are, were and why.

If you check Wikipedia the definition of superhero is a character possessing “extraordinary or superhuman powers” and dedicated to protecting the public against criminals and supervillains. But before debut of the prototypical superhero Superman in 1938 and then Spiderman, stories of superheroes – ranging from brief episodic adventures to continuing years-long sagas – have dominated American comic books and crossed over into other media. Although controversial I would dare say that the very first superheroes were those who really tried hard to fight criminals using all the means they had (even just a sword) and by doing so they became legendary, i.e. Robin Hood and Zorro. 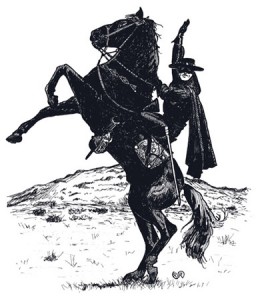 The first ever superhero Toons I felt close to in fact were Robin Hood (in the Disney version) and Tarzan in the 70s. But the real inspiration for modern superheroes for me came from Zorro. Zorro was the secret identity of Don Diego de la Vega and well known as the most famous swordsman in comics and film. His mission was to avenge the helpless, to punish cruel politicians and to aid the oppressed. The mark of Zorro has remained the same and unchanged: a capital Z with no less than the best classic swordsmanship.

His sword is traditionally a stainless steel double-edged fencing sword and not a massive medieval long sword. The caped vigilante rarely fights with a shield and has always rode a black horse. Zorro has style, which is the best thing about him, his costume is flashy but practical. He wears a black mask covering his eyes only, a black hat or bandanna covering his head and has black air and brown eyes (this was typical for a Spaniard living in the colonial era of California).

He also wears black clothing, black fencing gloves and a loose black top consisting of lace instead of buttons. His mission was to fight crime, or rather injustice, and when he was not Zorro, he acted as a foolish rich man who had a mastermind plan to become friend with his enemies and find out all about them including their weaknesses to then defeat them without really hurting them. He has two completely different roles: One persona is a hero, which is actually Diego, while Zorro is the underdog, a VIGILANTE with a prize on his head, but the PEOPLE’s hero. He tends to come out at night and his black costume and black horse are important to be in disguise while he uncovers injustice. He tries to be clever as his name would suggest (Zorro is Spanish for fox) much like Batman, but in times of great hardship and difficulty sometimes he must result in direct combat.

Zorro in some films is a servant in which a priest at a Catholic church would alert him of any trouble and let him hide the confession rooms when he was being chased. His black horse, Tornado, would be kept in his cave along with any other gear, which remained hidden away from the known world. My favourite Zorro on the Big Screen was played by handsome blue-eyed Alain Delon. By all means, Antonio Banderas is also very entertaining and charming and before him Tyrone Power but Alain Delon is for me quintessentially Zorro.

Zorro is the modern version of Robin Hood who humiliates his enemies who are those taking from the poor. Have you ever thought of Robin Hood as a superhero? He stole from the unfairly rich, gave it to the hardworking poor. He tried to create justice with his no-kill rule after his accident which led to his banishment. He had good intentions and he is a hero because he is a courageous man who would go against the ordinary. His archery skills are memorable. And curiously enough Robin Hood is featured as a fox in the Disney’s cartoon which for me remains the best Robin Hood big screen version of the story. In Western cultures the fox is symbolic of stealth, cunning and slyness. Interesting connection, isn’t it?

Batman has also a lot in common with Zorro: he certainly has the black factor, the hideout, he is rich, and apparently the Batman character was inspired by Zorro. My favourite Batman is the one played by Christian Bale in ‘Batman Begins’.

As most people would agree, it is really impossible to replace Christopher Reeve as Superman. There have been many attempts to replace him but without much success. Yes Superman was a character from the comics before arriving to the big screen but inevitably we have all become very fond of Christopher Reeve’s interpretation of Superman. Here is a reminder of why we love this character so much.

The first Spiderman movie with Toby Macguire is my favourite one of the Trilogy. However before the special effects turned superheroes into super super heroes, we used to watch the TV cartoons (in the Seventies and Eighties) which were brilliant animated versions of the Marvel comics. They seem less fascinating now that our eyes are used to so many special effects. But I promise you they seemed spectacular to us simple kids back in the Eighties.

I am almost ashamed to say that this American superheroine looked amazing to me as a girl in the Eighties. I sometimes thought that it would be nice to wake up as Wonder Woman. With my eyes of a 40 year old woman she now looks very cheesy… as many things from that time, but I still watch it with a smile on my face. Great memories…. Here is a clip that will cheer up all nostalgic fans out there…

Well, you kind of guessed who my favourite superhero is…. so now tell me, WHO is yours?

Tags:  children's books' reviews family movies great films kids' movies
This entry was posted on Saturday, March 16th, 2013 at 9:00 am and is filed under Books. You can follow any responses to this entry through the RSS 2.0 feed. You can leave a response, or trackback from your own site.