This week’s Bedtime Story – The Snowball by Giuliano Ferri

You don’t need lots of words to tell a good story. The proof of this is certainly included in a new picture by Giuliano Ferri called The Snowball. Following another snow-themed book Rabbit and Bear : Rabbit’s Bad Habits I can speak on behalf of London Mums and express the wish to have some snow in London sometime this Winter to be able to finally make a decent snowman. It’s been at least two years that we haven’t seen snow in London after all.

The Snowball is a delightful celebration of Winter’s greatest joys and puts me in the mood for some snow fun. 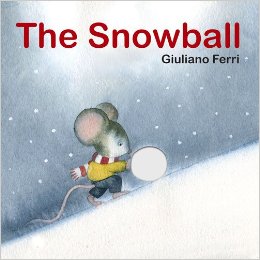 It’s a story for all ages, because there aren’t many words. They are replaced by wonderful and increasingly larger cut-out illustrations. 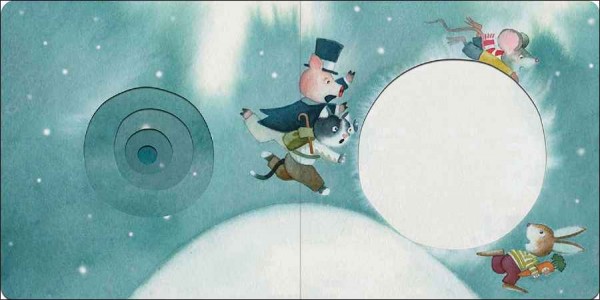 The author my fellow Italian countryman Giuliano Ferri who has illustrated many picture books and exhibited even in my hometown of Bologna at the International Children Book Fair, which is usually held in a convention centre I could see from my bedroom window back home. 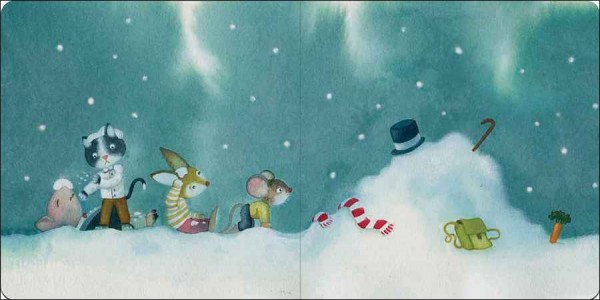 The story is very simple: a sweet little mouse wants to make a tiny snowball bigger and starts rolling it up a hill. He gets some friends to help roll it until it’s huge. But then at the top of the hill, the snowball rolls down taking all the newly made friends with it. The event is hilarious and the end goal of the crew becomes a snowman, a symbol of their friendship. My summary contains more words than those of the tale.

It’s an enjoyable small book that will put a smile on kids’ little faces.

The Snowball is published by minedition.

This entry was posted on Wednesday, January 20th, 2016 at 11:05 am and is filed under Books. You can follow any responses to this entry through the RSS 2.0 feed. Both comments and pings are currently closed.