When I recently met #1 bestselling author in 28 countries Sylvia Day at the Penguin Random House offices with one of the best views of London, I wasn’t sure how popular she really was on this side of the Atlantic. Sylvia is also a very humble lady and made me totally at ease so much so that I felt an immediate connection with her. The only novel I ever knew before my interview is the latest in the so-called Crossfire series, One with You, which I was sent to prepare for this meeting. 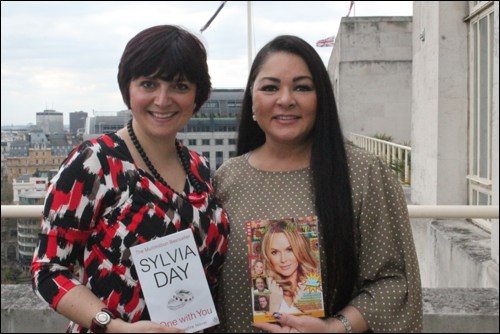 Not many women can resist a good romantic novel, because we all love immersing ourselves in great love stories. There’s no better author than Sylvia Day to make us fall in love for her characters in her first four novels in the Crossfire series. The great news is that they will soon become films. The Crossfire series has been optioned for television by Lionsgate.

Watch my interview with Sylvia Day where she discusses the inspiration for her characters and where she exclusively reveals the names of the actors she would like to see starring in the TV series based on her stories.
What I like about Sylvia’s style is the simplicity yet evocative writing and I have already started the very first novel in the Crossfire series, Bared to You.
The eagerly awaited final instalment of the record-breaking Crossfire quintet, One With You is available now on paperback and ebook. RRP £7.99

Concluding the compelling story of the powerful Gideon Cross and his equally dynamic wife Eva, One With You keeps the reader in dramatic suspense until the end. Sylvia Day created an iconic couple when she introduced Gideon and Eva to a huge worldwide audience in Bared To You, which was published exactly four years ago, in April 2012. 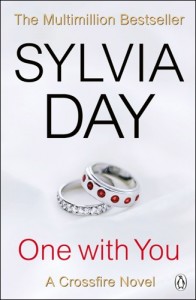 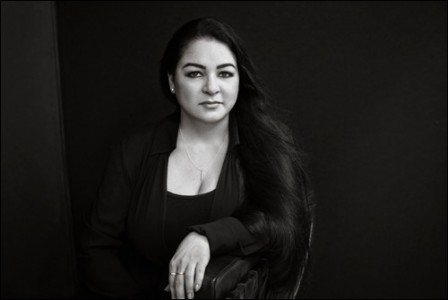 The Crossfire series so far…

Bared To You: The first instalment in the Crossfire series, was Penguin UK’s biggest book of 2012 and the publisher’s fastest-selling paperback of the last ten years.
He was beautiful and brilliant, jagged and white-hot. I was drawn to him as I’d never been to anything or anyone in my life. I craved his touch like a drug, even knowing it would weaken me. I was flawed and damaged, and he opened those cracks in me so easily…
Gideon knew. He had demons of his own. And we would become the mirrors that reflected each other’s most private wounds… and desires.
Reflected In You had Penguin UK’s biggest pre-order sales of all time and went straight to No. 1 in the overall Sunday Times chart, selling 83,000 copies in its first week.
The bonds of his love transformed me, even as I prayed that the torment of our pasts didn’t tear us apart… Gideon Cross. As beautiful and flawless on the outside as he was damaged and tormented on the inside. He was a bright, scorching flame that singed me with the darkest of pleasures. I couldn’t stay away. I didn’t want to. He was my addiction… my every desire… mine.
My past was as violent as his, and I was just as broken. We’d never work. It was too hard, too painful… except when it was perfect. Those moments when the driving hunger and desperate love were the most exquisite insanity.
Entwined With You dominated The Bookseller’s newly established e-book chart for the first three months of its existence, with almost double the digital sales volume of the second-bestselling title over the same time period.
We were bound by our need. And our passion would take us beyond our limits to the sweetest, sharpest edge of obsession…
From the moment I first met Gideon Cross, I recognized something in him that I needed. Something I couldn’t resist. I also saw the dangerous and damaged soul inside—so much like my own. I was drawn to it. I needed him as surely as I needed my heart to beat.
No one knows how much he risked for me. How much I’d been threatened, or just how dark and desperate the shadow of our pasts would become.
Entwined by our secrets, we tried to defy the odds. We made our own rules and surrendered completely to the exquisite power of possession…
Captivated By You sold over 70,000 copies in its first ten days; in terms of new paperback fiction in 2014, only Dan Brown’s Inferno sold faster.

Gideon calls me his angel, but he’s the miracle in my life. My gorgeous, wounded warrior, so determined to slay my demons while refusing to face his own.
The vows we’d exchanged should have bound us tighter than blood and flesh. Instead they opened old wounds, exposed pain and insecurities, and lured bitter enemies out of the shadows. I felt him slipping from my grasp, my greatest fears becoming my reality, my love tested in ways I wasn’t sure I was strong enough to bear.
At the brightest time in our lives, the darkness of his past encroached and threatened everything we’d worked so hard for. We faced a terrible choice: the familiar safety of the lives we’d had before each other or the fight for a future that suddenly seemed an impossible and hopeless dream… 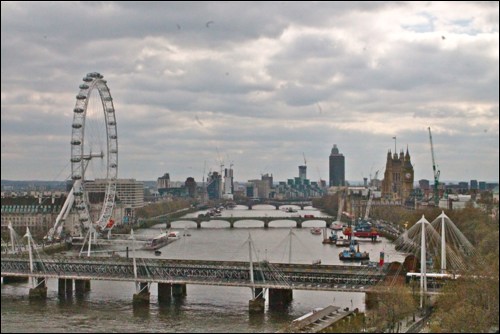 This entry was posted on Tuesday, May 3rd, 2016 at 2:32 pm and is filed under Books. You can follow any responses to this entry through the RSS 2.0 feed. Both comments and pings are currently closed.