Rogue One: A Star Wars Story™ was released mid December 2016 and since then it has broken records to become the biggest film of 2016 in the UK after just 17 days on release. It’s clear that the Force could not be stronger with this latest release. 2016 has been a phenomenal year for The Walt Disney Studios at the UK Box office with Rogue One: A Star Wars Story, The Jungle Book and Finding Dory all in the Top Five, with each taking over £40M.  With the addition of Star Wars: The Force Awakens and Captain America: Civil War, Disney has released an incredible five of the Top Ten grossing films and, including Zootropolis and Doctor Strange, seven films this year have taken over £20M.

Publishers haven’t wasted time to bring out visually stunning and meticulously researched books to support the movies. London Mums’ favourite Rogue One titles are published by DK because they deliver the ultimate fan experience, providing readers with a wholly comprehensive look at the stand-alone film in unparalleled detail, covering everything from the new characters to the latest technologies and vehicles. These new books for young readers and adults are available in a variety of formats and utilise DK’s signature approach of combining high-impact art and photography with authoritative text. 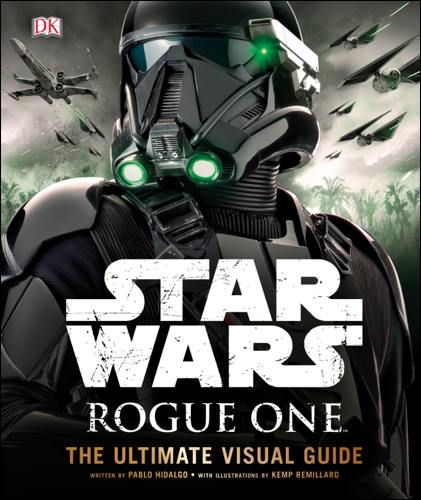 This is the essential, comprehensive visual guide to Rogue One. It’s a jam-packed title and features in-depth character profiles as well as five newly commissioned and fully annotated cross-sections of vehicles and mapped-out locations. The author is Pablo Hidalgo, a creative executive and resident Star Wars™ authority within the Lucasfilm Story Group, who helps ensure consistency across a wide array of Star Wars projects. He has written several DK titles including most recently Star Wars: The Force Awakens™ The Visual Dictionary. 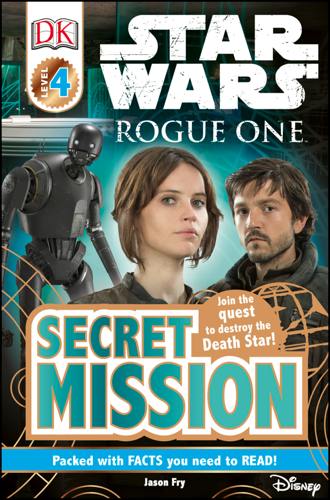 Secret mission is an essential read for anybody who wants to truly understand Rogue One and the intricacies of the plot. I must admit the first 30-40 minutes of the film are very difficult to grasp even for Star Wars fans like myself. But after reading this little booklet packed with timeline facts as well as background stories about the characters. Now I want to watch the movie again to appreciate the plot. I am not just recommend it as an essential reading to kids. Any Star Wars fan will enjoy these detailed DK books.

Secret Mission is written by New York Times bestselling author Jason Fry and combines DK’s four-level reading program with the Star Wars movies. DK Readers help kids learn to love reading. Level 4 is quite advanced in my opinion. I would say it is suitable for kids from 9+ to 13. I even found it quite technical.

DK Readers are levelled into stages to help every child progress and become a confident reader. They feature engaging and highly illustrated topics with true kid appeal. The story narrative is supported with interactive genre spreads and questions to encourage children to access information from a range of sources and develop comprehension skills.

If you enjoyed this post, you will love these features:

What to expect from STAR WARS Identities: The Exhibition

Captain America: Civil War – 20 Things you (probably) did NOT know about the Marvel stars

This entry was posted on Thursday, January 19th, 2017 at 2:29 pm and is filed under Books. You can follow any responses to this entry through the RSS 2.0 feed. Both comments and pings are currently closed.