September is Roald Dahl’s birth month, and each year on phizz-whizzing Roald Dahl Day on 13th September, the annual, global celebration of the world’s number one storyteller, there are special events and publications. This year there’s a new release of the classic BILLY AND THE MINPINS (published by Penguin), illustrated for the first time by Quentin Blake which completes Dahl and Blake’s iconic partnership. 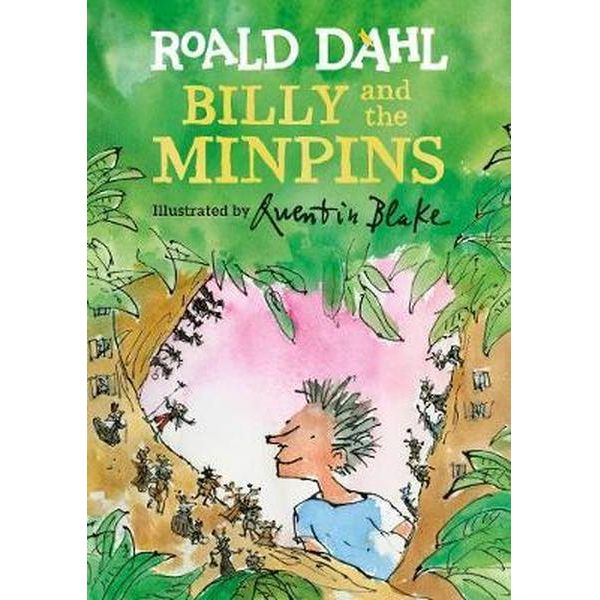 Billy’s mum says he must never go out through the garden gate and explore the dark forest beyond. So, one day, that’s exactly what he does! There he meets the Minpins, tiny tree-dwelling people whose children are the size of matchsticks. They live in fear of the terrible, galloping gruncher. Will it gobble Billy too – or can he find a way to defeat the hungry beast? 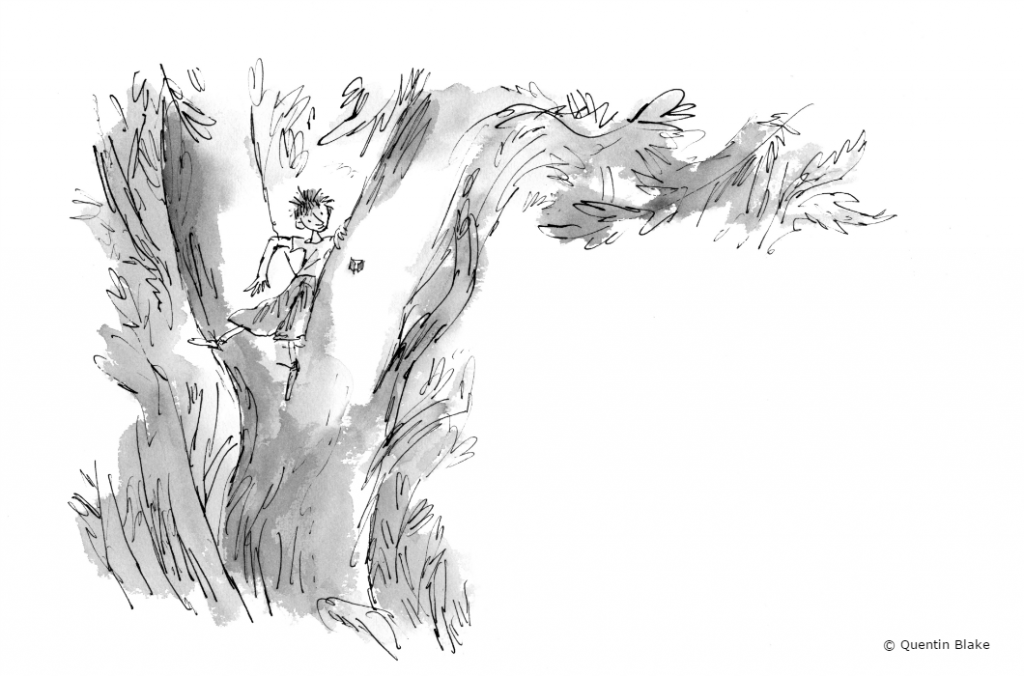 From Matilda to Charlie and the Chocolate Factory and The BFG, the collaboration between Roald Dahl and Quentin Blake has captured millions of children’s imaginations for nearly forty years. Billy and the Minpins, this new interpretation of Roald Dahl’s very last story (originally published in 1991 with illustrations by Patrick Benson), is just as magical.

My 11 year old son Diego and I really loved Billy’s adventures in the forest especially his meeting with the Minpins, born from Dahl’s incredible imagination.

There are a lot of fantastic details in this story that make it such a quintessential Roald Dahl’s tale.

The Minpins’ children are no bigger than teensy matchsticks. They wear little suction boots, like tiny green wellies, so they can walk up and down the tree branches (of course!). Their clothes are from hundreds of years ago and they sport very peculiar hats and bonnets. If you ever meet a Minpin, you must be very cautious – talk very softly, otherwise, you might blow them away!

The forest in the Minpins was inspired by Dahl’s love of the countryside: ‘Here and there little shafts of sunlight shone through gaps in the roof. There was not a sound anywhere. It was like being among the dead men in an enormous empty green cathedral.’ Billy’s mother tries to deter him from entering the dark, spooky forest beyond the gate by reciting a poem that’s well known in his district:

‘Beware! Beware! The Forest of Sin!

None come out, but many go in!’

All the trees in the forest are hollow and inside them live the Minpins, thousands of them. When Billy looks through a hole in the tree – which is no bigger than the size of a postage stamp – he sees a tiny but beautifully furnished room, with a four-poster bed, quite like the one Billy had once seen in the Queen’s Dolls’ House in Windsor Castle.

Billy’s mum warns that the Forest of Sin is filled with all kinds of beasts. You may have encountered some of these before, like Vernicious Knids and Hornswogglers in Charlie’s adventures in the Chocolate Factory and Great Glass Elevator, but worst of all in Billy and the Minpins is the Terrible Bloodsuckling Toothpluckling Stonechuckling Spittler (try saying that with a mouthful of everlasting gobstoppers . . .).

It turns out that Billy’s mum is not quite right. There is a monster in the forest, but it’s not a Bloodsuckling Toothpluckling Stonechuckling Spittler. Billy is quickly chased down by the fearsome Gruncher – the Red-Hot Smoke-Belching Gruncher! He adores eating humans, and the fire in his belly is so hot it roasts his meat on the way down. Like Charlie, Matilda, Sophie and George – it’s up to fearless Billy to come up with a plan to save the day.

Billy and the Minpins ends with one of Roald Dahl’s most famous quotes, so that’s where we will end too:

‘And above all, watch with glittering eyes the whole world around you because the greatest secrets are always hidden in the most unlikely places.

I am so glad I managed to catch up with Sir Quentin Blake in 2014. You may recall my interview published in our issue 13.

This entry was posted on Thursday, September 7th, 2017 at 11:50 am and is filed under Books. You can follow any responses to this entry through the RSS 2.0 feed. Both comments and pings are currently closed.