2014 marks the 50th anniversary of Roald Dahl’s classic book, Charlie and the Chocolate Factory published for the first time in 1964 in the United States. 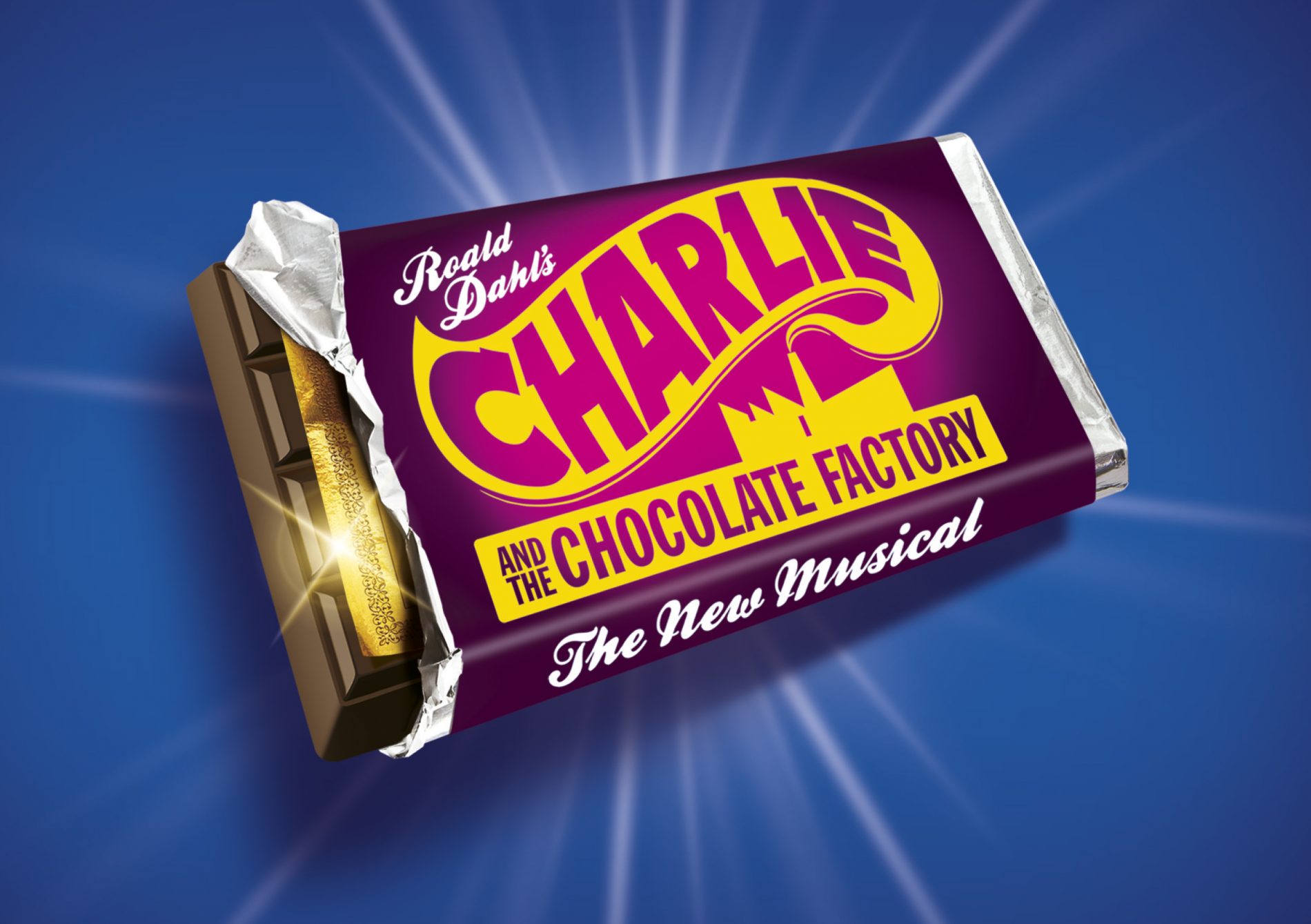 As part of the Penguin’s celebrations, I recently attended a special presentation by Roald Dahl’s grandson Luke Kelly to discuss Charlie’s legacy and the cultural impact. One hour certainly is not enough to encapsulate all the incredible anecdotes on both the book and the author himself.

In fact the man himself has had quite an extraordinary life, often tainted by tragic facts and personal losses. His stories are so incredibly fascinating that sometimes overshadow the author.

Two books have been recently published by Puffin to give justice to one of the most original and revolutionary storytellers of our generation and to shed some light on his personality that certainly explains where the stories come from: ‘The fantastic Mr Dahl’ and ‘Mischief and Mayhem’. 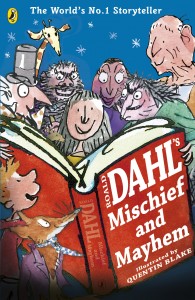 The fantastic Mr Dahl by Michael Rosen is the first authorised biography of Dahl, written especially for younger readers. This book is frankly more fascinating and entertaining than most biographies being published these days. Maybe it’s due to the unusual mix of biography, extracts from letters that Roald sent to his mother from boarding school, and suggestions for kids on how to become a storyteller. Dahl’s own life has been so adventurous: from being a pilot during the war to becoming a chocolate taster. But he also experienced tragic personal losses such as loosing children of his own and caring for his ill wife.

Rosen is very good at highlighting aspects of Dahl’s life that children would be interested in knowing. I loved the anecdotes about the times Roald spent at boarding school and the letters he used to sent to his mum then filled with spelling mistakes. This shows kids that being a great writer is all about creating compelling stories and that spelling are not so crucial.

Later this year Puffin is publishing Lucy Mangan’s Inside Charlie’s Chocolate Factory. I personally cannot wait to read it. Having met Lucy twice at various events this year, I sense that she has a great sense of humour and also a passion for this book like no other and that made her research the historical facts very thoroughly as well as details about its author. Something too look forward to after the summer.

Meantime on 30th January 2014 to coincide with the 50th anniversary of Charlie and the Chocolate Factory celebrations the publisher Puffin launched The Roald Dahl audio App for iOS devices, which makes it easier to ‘read’ these stories for people spending long time travelling and commuters. The recordings are particularly good in high quality and the price tag varies (Average RRP is £5.99).

What is great about Roald Dahl’s stories is that they have universal appeal and have never been more popular, nor more open to fresh new interpretations. With MATILDA storming the box office and award ceremonies on both sides of the Atlantic and the box office success of Sam Mendes’ stage adaptation of CHARLIE AND THE CHOCOLATE FACTORY (check our show review here), there’s a heightened interest in Roald Dahl’s unforgettable characters and stories.

Who isn’t familiar with at least one of the big screen adaptations of the book? CHARLIE AND THE CHOCOLATE FACTORY was adapted into two major motion pictures: Willy Wonka & the Chocolate Factory in 1971, and Charlie and the Chocolate Factory in 2005. The book’s sequel, Charlie and the Great Glass Elevator, was written by Roald Dahl in 1972. Dahl had also planned to write a third book in the series but never finished it.

According to Luke Kelly and Lucy Mangan the best movie is the 1971 adaptation although Roald Dahl himself did not like it very much. They believe that this film best expressed Dahl’s original world of Charlie and Willy Wonka.

But I guess this is down to personal taste. I absolutely love the Jonny Depp movie from 2005 although it is different and takes some of the book’s elements to extremes. This is a more modern interpretation of the book. The point is that this story is so timeless and has such universal appeal that can be seen and interpreted in endless ways.

Luke was very young when his Grandfather Roald died but he could still remember his huge presence at mealtimes. We can almost sense his presence when we read his books. Hardly surprising that Roald had a huge personality!

The audiobook of CHARLIE AND THE CHOCOLATE FACTORY is read by Douglas Hodge who has played the role of Willy Wonka in the West End Show until very recently.

With favourite heroes, foulsome fiends, tricksy inventors and magical mischief coupled with anarchic, spiky and modern performances from a stellar line up of readers, plus specially composed music and enhanced sound effects, Dahl’s classic stories are brought to life for a whole new generation. This is audio storytelling as you’ve never heard it before!

Check The Making of the Roald Dahl Audiobooks documentary below – it makes it interesting watching:

There are lots of free audiobooks on You Tube you can listen but the new versions are better simply because the sound effects allow the stories to come alive and the actors / voices are so realistic that you feel you are living in the story.

Tags:  books books' reviews children's books' reviews Roald Dahl
This entry was posted on Monday, February 17th, 2014 at 7:15 pm and is filed under Books. You can follow any responses to this entry through the RSS 2.0 feed. You can leave a response, or trackback from your own site.