It is often hard to see the overview of progress of an era while you live in that time. I find all reads fascinating that give you an objective analysis of the changes of your environment. A new book Putting Wrong Things Right published by environmental organisation is marking 60 years of improvement during the Queen’s reign highlighting with great photographs and stats records of the London smog, the Aberfan disaster, outbreaks of smallpox and typhoid, the BSE crisis, and how the nation’s life has been improved. 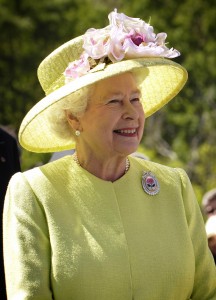 Putting Wrong Things Right, published by the Chartered Institute of Environmental Health (CIEH) highlights the work of environmental health practitioners from 1952 to 2012 and is relevant to all Londoners really who care about the environment they live in. I found particularly interesting to read about the changes in family structure and life conditions.

In 2012, to mark the Queen’s Diamond Jubilee, CIEH chief executive, Graham Jukes OBE, asked current and retired members to send in professional recollections and photographs from the previous 60 years. They responded in large numbers and this material has now been collated into a full-colour, 167-page, illustrated book. 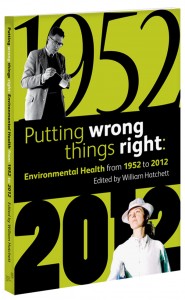 In the first years of Queen Elizabeth’s reign, cities were darkened by smog and living conditions were generally primitive. But over the next 60 years the environmental health profession played a vital role in a public health revolution.

Putting Wrong Things Right shows how the UK has become a healthier and safer place to live. Since 1952 air quality has improved, the slums have been cleared and food has been made safer by the countless interventions of the environmental health profession.

In words and historical pictures, the book records in detail the London smog, the Aberfan disaster, slum landlord Peter Rachman’s terror tactics, outbreaks of smallpox and typhoid, the BSE crisis, awareness of climate change and countless unacknowledged but vital interventions that improved the quality of the nation’s life.

William Hatchet, editor, said: “It was a labour of love putting this book together. It’s an account of an aspect of UK history that is not often talked about – how improvements to our physical environment since the 1950s have been of great benefit to the nation’s health and wellbeing. The book is designed as a corrective to the current view that we are over-regulated or that all regulation is bad. It was particularly gratifying talking to the older members of the CIEH and capturing their memories of the early-1950s and 1960s, while they are still around to tell their stories.”

Watch this short film introducing the book and explaining some of the key changes in Britain’s key improvements over the years.

This entry was posted on Sunday, April 13th, 2014 at 7:10 pm and is filed under Books. You can follow any responses to this entry through the RSS 2.0 feed. You can leave a response, or trackback from your own site.