Picture Book of the week: The Buildings That Made London – a children’s book about London landmarks

I have a passion for London, London buildings and books about London. I have now found the perfect book for my collection and for my son to explore our Capital’s wonderful architecture. The Buildings That Made London is a brand new illustrated book from Bloomsbury that explores 27 of the capital’s most interesting buildings. Written in association with The National Archives and beautifully illustrated by Josie Shenoy, this is a great introduction to young readers and a book that brings London to life. I cannot stop turning pages and look at the detailed illustrations. 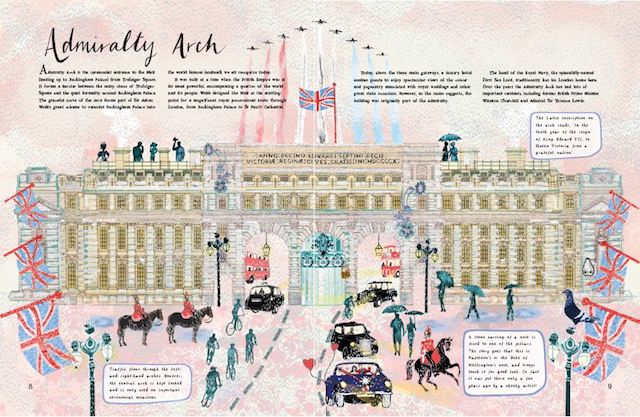 The Buildings that Made London is a unique introduction to the wonderful city of London. This book is a great way to discover original drawings and architectural plans from The National Archives of some of London buildings that have become iconic. An elegant horizon of historic masterpieces mixed with sleek modern skyscrapers, the familiar London skyline seems to change every year. 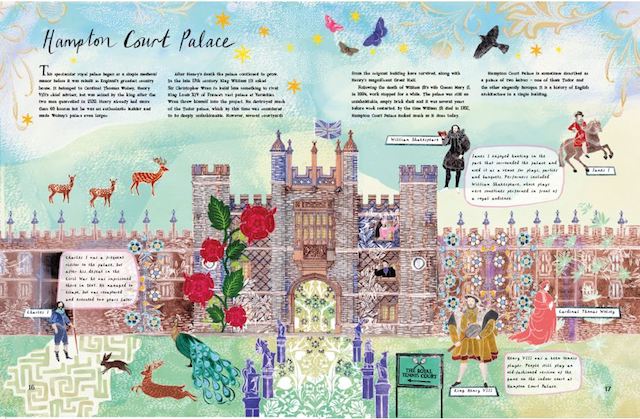 Each building has its own dedicated spread filled with historical facts, important figures from that building’s past and amazing detailed illustrations that bring key elements about the building to life. Through the pages you literally watch Buckingham Palace transform from a large country house into an opulent palace. You can have fun with your children spotting Henry VIII playing tennis on the lawn of Hampton Court Palace, or getting lost in the Palm House at Kew, London’s very own tropical rainforest. 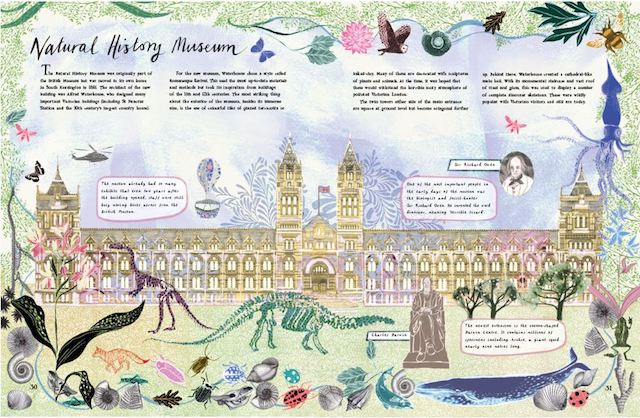 This is a wonderful book that shows our capital at its best. Not just for lovers of London this is a beautifully illustrated book that should inspire everyone to look closer at the London buildings and ponder on their magnificent history.

Full list of London buildings included in the book:

David Long has been a writer since leaving university. He has worked as a columnist on the Sunday People, has created a popular weekly cartoon strip which ran in the weekend edition of the Times, and continues to write for a wide diversity of newspapers and magazines both in Britain and abroad, including The Evening Standard, Londonist, Sunday Mirror, Sunday Times, Sunday Times Magazine, Today Magazines and many more. Many of his most popular and best reviewed books reflect his longstanding interest in the less well-known aspects of London, its architecture and eccentric inhabitants – subjects, he says, which simply never run dry. David’s book, Survivors: Extraordinary Tales From the Wild and Beyond (Faber and Faber) was the winner of the Best Book with Facts in the Blue Peter Awards 2017.

Josie Shenoy is a London-based illustrator. Her intricate and completely beautiful illustrations combine detailed pencil drawings with decorative patterns and collage in a gorgeous palette of vintage colours and textures. Josie has produced work for The British Museum and Historic Royal Palaces. She also designs her own collections of greetings cards and art prints. The Buildings that Made London is her first book with Bloomsbury.

You can now win a copy of this book by entering our competition here.

This entry was posted on Friday, May 4th, 2018 at 1:21 pm and is filed under Books. You can follow any responses to this entry through the RSS 2.0 feed. Both comments and pings are currently closed.