Picture book of the week: Mr Rainbow by Richard Peters

There are so many picture books out there, like never before actually. One in particular caught my eye this week and is by first time author and London Dad Richard Peters. It’s called Mr Rainbow. I have asked Richard to tell me about how his book came about and this is what he . It’s such a cute story and I simply have to share it. 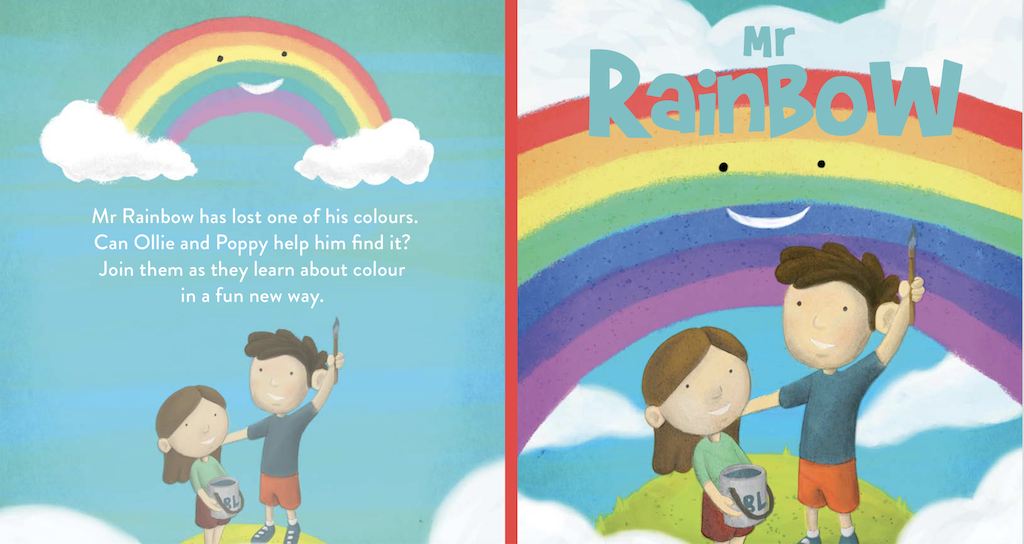 ‘I live in North London with my family – super wife / mummy Nicola and our 2 boys Charlie aged 5 and Oscar who is 2.

The idea for the books and Mr Rainbow evolved over time between me and Charlie who was then just 3. So every night after reading a book or two, I also tell stories that I make up that we call “Daddy’s Once Upon  A Time”. Charlie has always since he could sit still, been obsessed (and extremely talented of course) with anything creative and artistic and has always been fascinated by Rainbows.

One evening, just a few days after Oscar arrived into the world he insisted that from that point on, as Oscar’s big brother and “looker-afterer” that all Once Up A Time stories had to make sure that Oscar was safe and even though they are just stories, he still wanted to make sure his baby brother wouldn’t get hurt. I melted and realised that the days of us saving aliens in rocket made out of marshmallows from an evil planet that had the face of a lion but wore funky glasses and a top hat, are gone forever. However, we came up with Mr Rainbow over the following weeks who is much better than anything else we had made up already! (I still like the idea of a planet like this though)!

Since then I have developed Mr Rainbow into a series of different stories. All of them have a message or moral that, as parent, I want my own children to learn. Whether it be the importance of forgiveness or kindness or learning about recycling and nature, each book in the series carries something relevant that is good for a child to understand and know of. Mu children are a very  important part of creating new stories and how to express them as they see the world in a way that other children will understand which I feel gives the books something that an adult cannot and in turn something special that both parents and children will enjoy.

Also, at the end of the each book we have put some black and white versions of a few drawings used in the story as colouring in pages!’

This entry was posted on Monday, February 25th, 2019 at 11:04 am and is filed under Books. You can follow any responses to this entry through the RSS 2.0 feed. Both comments and pings are currently closed.