This Christmas give children books as presents rather then games. Here is a selection of new books that could be fab presents for children as well as highly educational.

THE SNOWMAN AND THE SNOWDOG PAPERBACK & CD 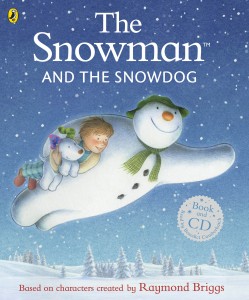 This wonderful new picture book and CD is based on the new animation. It tells the story of Billy, whose Snowman and Snowdog come to life and take him on a magical adventure. Including images from the animation, this fantastic picture book is set to become a seasonal classic.

The book is accompanied by an audio CD featuring a narration of the story by Benedict Cumberbatch, star of Sherlock and The Hobbit, as well as the beautiful music from the score of the animated film. Christmas wouldn’t be Christmas without The Snowman and The Snowdog! The Snowman and the Snowdog has been nominated for BEST ANIMATION at the Children’s BAFTAs. RRP £7.99
Age Range: 2 – 5 -published by Puffin, Penguin Children’s. 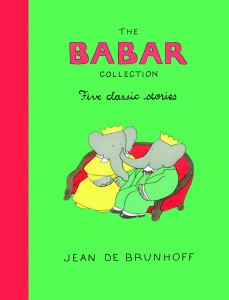 80 YEARS OF BABAR THE ELEPHANT IN THE UK

This Christmas mums and dads can reignite their love for the Babar books in their 80th year of being published in the UK with the beautifully bound Babar Collection which retails for £29.99. It contains Jean de Brunhoff’s five classic stories (The Story of Babar, Babar at Home, Babar’s Travels, Babar the King and Babar and Father Christmas) and would make the perfect gift for classic Babar fans this Christmas.

Jean’s classic stories are also available individually for £6.99 from all good bookshops.

Jean’s son, Laurent de Brunhoff, continued his father’s legacy with some modern Babar books, which are all available from all good bookshops for £5.99.

Elephants have such appeal to both young audiences and adults and a lot of series have been created from the idea that was originally from Babar. It is still an amazing classic books’ collection.

Dick Bruna’s Christmas book was first published in 1963 and became immediately an international best-seller which has delighted generations of children ever since. It is now been republished by Simon and Schuster in a stunning gold and white edition to mark the 50th anniversary of this classic.

Christmas has long been a family favourite in the UK as it introduces young children to the story of the nativity using simple, timeless language together with Dick Bruna’s unique style of bold, striking illustrations.

An ideal, timeless gift to be treasured and passed down the generations, the 50th anniversary edition of Christmas is priced £10.00 and available at Waterstones, Amazon and all good bookshops. 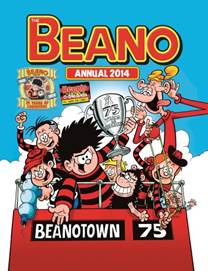 Join Dennis the Menace, The Bash Street Kids, Roger the Dodger and Minnie the Minx for 112 pages of mischief, mayhem and menacing in the 2014 Beano Annual. This book is perfect for menaces of all ages… 🙂 RRP £7.99 available from WHSmiths, Waterstones and all good bookshops.

Hesperus Press has launched a new imprint, Hesperus Minor, which will publish a carefully selected list of well-loved children’s classics introducing them to a new generation. These are nostalgic books which adults of will have fond memories and want to share with their children and loved ones. Given a charming series look the three launch titles will also have forewords by three of today’s most respected and loved children’s authors.

The Story of the Treasure Seekers by E. Nesbit – Foreword by Julia Donaldson 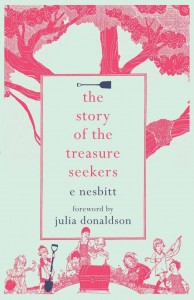 Experience wonderful adventures in the company of Dora, Oswald, Dicky, Alice, Noel and H.O. as they plot to restore their father’s fortune through any means possible. An enchanting classic for children and adults alike.

The Story of the Treasure Seekers is a legendary children’s story by the enchanting E. Nesbit which has delighted countless generations of children; this brand new edition ensures that it will be able to reach a whole new modern audience.

The Bastable children (Dora, Oswald, Dicky, Alice, Noel and Horace Octavius – H.O.) live in London with their widowed father. Too poor to attend school, the children are left to their own devices and they spend their days coming up with ingenious plans to restore their father’s fortune. Told from the first person perspective – which lends the narrative substantial bias – The Story of the Treasure Seekers was Nesbit’s first work. Refreshingly free of Victorian sentimentality, yet still wonderfully evocative of a bygone era, The Story of the Treasure Seekers makes for timeless reading.

Adapted numerous times for television, The Story of the Treasure Seekers is proof of Nesbit’s esteemed place in the canon of children’s literature.

Edith Nesbit (1858–1924) was a prolific English children’s author, writing more than sixty books including The Railway Children and Five Children and It. 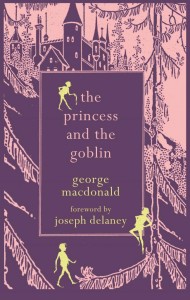 Perfect for fans of J.R.R. Tolkien, C.S. Lewis and J.K. Rowling, The Princess and the Goblin is a magical adventure story full of princesses and monsters, secret towers, dungeons and magic.

Eight-year-old Princess Irene lives a lonely life in a wild, desolate, mountainous kingdom, with only her nursemaid, Lootie for company. She is protected from the outside world and oblivious to the existence of goblins, hideous creatures that live underground and only come out at night.

One day, while out walking, Irene and Lootie get lost. As night falls, strange shadows creep out from under boulders and around corners, closing in on them. Terrified, they try to run but the goblins give chase. It is then they run into Curdie, the brave miner’s son who isn’t afraid of the goblins and knows how to scare them away.

While working late one night in the mines Curdie overhears a diabolical plan the goblins are plotting. The terrible goblin Queen plans to kidnap the princess and force her to marry her son. That way she believes humans will be forced to accept goblins as their rulers. Can they be stopped and the kingdom be saved before it is too late?

Before the creation of Middle Earth or Narnia, George MacDonald was inventing wonderful kingdoms and populating them with magical creatures and enchanted beings. It is a must-read for all fantasy aficionados and fans of J.R.R Tolkien, C.S. Lewis and J.K. Rowling.

The Coral Island by R.M. Ballantyne – Foreword by John Boyne 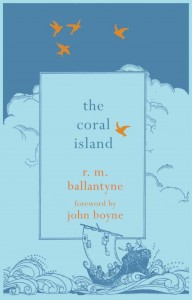 Adventure and peril abound in R.M. Ballantyne’s classic tale of shipwreck and survival. A classic tale for all ages.

Ralph, Jack and Peterkin find themselves the sole survivors of a shipwreck on a deserted coral island in the South Pacific. Although fate has led them to temporary safety, the three marooned lads are forced to carve out a life for themselves from what nature provides. They rapidly learn which fruit to eat, which animals to hunt, and which lagoons are best for bathing.

Resourceful as they are, their desert island idyll is often disturbed and they face numerous terrifying threats – pirates, sharks, cannibalism and local tribes among them. Amidst all the chaos, the trio still face the riddle of how to engineer their rescue from their tropical exile.

Following in Robinson Crusoe’s footsteps, and yet with added adventure, Ballantyne’s writing is a classic adored by previous generations of children and which deserves to be discovered all over again by a modern audience.

Robert Michael Ballantyne (1825–1894) was a Scottish young adult fiction writer. He wrote over 80 books including The World of Ice, The Lighthouse, The Pirate City and The Settler and the Savage. 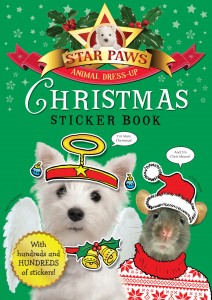 STAR PAWS is back, and it’s better than ever! This brilliantly funny, silly and utterly addictive sticker book series is taking the world by storm! Perfect for all ages, all animal lovers, and anyone with a sense of humour! STAR PAWS is packed with over 250 stickers and more daft jokes than you can count, for dressing your animals up ready for fashion shows, medieval battles, festive fun or even a mission to the moon!
There are presents to wrap, feasts to prepare, snowballs to throw, halls to ‘deck’ and Christmas jumpers galore!
Help spread some Christmas cheer with bells, bows, snow-white beards and jazzy winter knitwear. And look out for the mistletoe…!
The PUURFECT Christmas gift for anyone and everyone!

This entry was posted on Friday, November 29th, 2013 at 5:30 pm and is filed under Books. You can follow any responses to this entry through the RSS 2.0 feed. You can leave a response, or trackback from your own site.