Cat and mouse is an old  English-language expression meaning constant pursuit and never-ending contest with no winners. The cat is unable to secure a definitive victory over the mouse, who despite not being able to defeat the cat, is able to escape. Stories based on this cat and mouse game are classic now with Tom & Jerry being the most famous of all.

Everyone seems to sympathise with the mouse but then they feel for the cat when he suffers from the mouse’s painful traps. 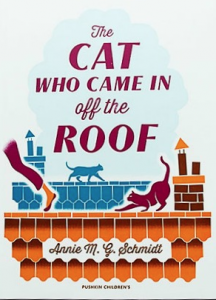 I personally love the mouse best and particularly Mickey Mouse but recently I found myself loving cats too after reading classic book THE CAT WHO CAME IN OFF THE ROOF by Queen of Dutch Children’s Literature Annie M.G. Schmidt (1911-95). This is a hilarious, charming story of cats, dogs, and learning to dare. It is a very original story, starring a cat who turns into human and lives a double life as a woman with a very feline instinct. It is incredibly quirky and makes you see human habits from the eyes of a talking cat (living among us). Great insight and fun cat’s perspective. I wonder how the author managed to write such a story. It is really well written. It has been published by Pushkin Press in Spring 2014. It is aimed at children from 8+ but can be enjoyed by parents as well.

Mr Tibble is a talented writer but is struggling as a reporter at his local newspaper. His editor is growing increasingly dissatisfied with his endless stories about cats!

Then along comes Minou. She used to be a cat but after a freak turn of events is now a young woman—a young woman who likes to climb trees and roof tops, drinks milk from bowls, dislikes dogs and loves the local fishmonger.

When Tibble rescues Minou from an angry dog and invites her in for a saucer of milk, both their lives are transformed. Grateful Minou decides to help Tibble by using her special feline powers to discover local insider information and town gossip via the cat grapevine and Tibble’s career takes off.

But when he decides to take on a powerful businessman on behalf of the local cats, Mr. Tibble’s new found confidence and determination are put to the test… I won’t reveal how the story goes and how it finishes as it is so peculiar and fun and I would only spoil it.

Born in 1911, Annie M.G. Schmidt wrote stories for her own amusement throughout her childhood, and worked as a librarian. By her death in 1995, she was regarded as the Queen of Dutch Children’s Literature.

She won numerous awards including the1989 Hans Christian Andersen Award. Astrid Lindgren presented her the award with the words: “Annie, I love you so much, where have you been all my life?” Schmidt is now in the Canon of Dutch History taught to Dutch schoolchildren, alongside Spinoza, Anne Frank and Vincent van Gogh.

The film version of The Cat Who Came in off the Roof, Undercover Kitty, also won first prize at the 2002 Chicago International Children’s Film Festival.

Another quirky new story is by Petr Horácek, THE MOUSE WHO ATE THE MOON. 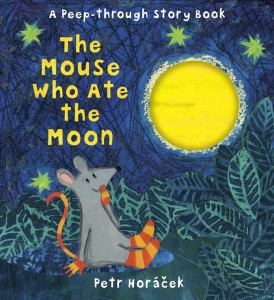 The plot:
When Little Mouse wakes one morning, she finds her dream has come true. Outside her burrow, a piece of the moon has fallen from the sky and it smells delicious. But what happens once Little Mouse has had a little nibble…?
Kids can peep through the cut-out holes and enjoy a bit of peekaboo game while reading the book. The Mouse Who Ate the Moon was published on 5th June 2014 (RRP £9.99) by Walker Books, the world’s leading independent publisher of children’s books.

Petr Horácek’s bold and imaginative illustrations continue to captivate children and critics. His stories, often about loyalty and belonging, are told with an instinctive warmth and humour and are beautifully brought to life through his evocative use of colour and texture. He has won many awards around the world for classics such as Suzy Goose and A New House for Mouse and was shortlisted for the prestigious Kate Greenaway Medal in 2012. He lives in Worcester.

What are your favourite cat and mouse stories?

Here are other cat and mouse stories we have featured over the years…. 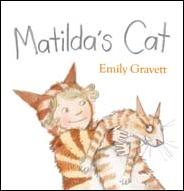 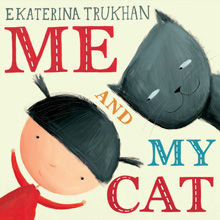 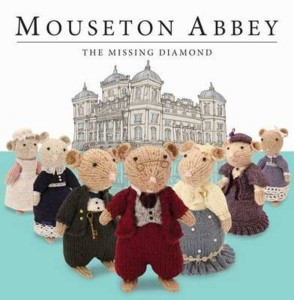 This entry was posted on Thursday, July 10th, 2014 at 12:10 pm and is filed under Books. You can follow any responses to this entry through the RSS 2.0 feed. Both comments and pings are currently closed.