Everybody in London is familiar with the squirrels who populate all parks. Well, now they are the stars of a new book series for children. The Hyde Park Squirrels are particularly friendly because they are used to being fed by humans passing by. There’s also a project to bring back Red Squirrels to Hyde Park associated with this books.

The Hyde Park Squirrels series written by Nick Croydon and published by Hyde Park Editions delivers four magnificently crafted adventures set against rich and detailed artwork by Petra Brown, which is on occasion, gentle, warm and intimate but with a turn of a page, can lead the reader to dramatic panoramas.

On Thursday June 25th, I went to Hyde Park in the Italian Gardens with a group of London Mums and school children to find out more about it. 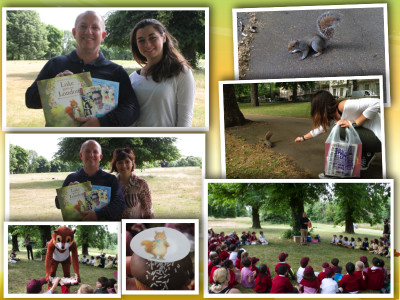 The story is about squirrels Lucas and Holly Bushytail who were born in the New Forest but were separated whilst still babies. Their parents, who were very poor, went to America to find work. After promising to send for their children when they were settled, the parents were not heard from again. Holly was sent to live with her great-uncle, George MacDonald, who lived in Hyde Park in the centre of London. Luke remained in the forest with his uncle Peter and Aunt Sally. Neither young Holly nor Luke knew of each other, until one day…

In the first of this new series for children, Luke leaves the cosy warmth of his life in the country and heads to London in search of his long lost sister. Along the way, Luke faces the cold, the wind and the rain and a less than well-meaning cat. But with the help of some new friends he is delighted to finally find his Uncle George – General MacDonald – living in a big palace in Hyde Park.

In the second book, Luke is reunited with his sister, Holly and their adventures in Hyde Park begin. Now a lieutenant in Uncle George’s regiment, Luke is thrust into action when a gang of rats plot to take over the palace and the siblings must join forces with their new friends to defeat them. 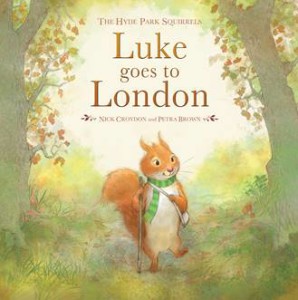 An amazing children’s picture book that brings together family love and action. Children love action! It keeps you glued to the pages until you get to the last page. A real page-turner. 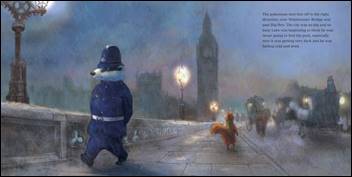 A travel story filled with all the things that make life interesting: challenges, helpful people, new cities and different ways to move from a place to another. The best thing is that everything is seen from the perspective of a little squirrel. All is proportionate and tailor-made. This book represents what a child probably thinks when finding himself in an unknown place.

Thinking about this story, travel here represents life, because we all, at least once in our lifetime, find ourselves face to face to difficult and unexpected situations, and to the happiest ones. We always have to choose and shape our life as we do with a travel: we plan it, we choose where to go, how to go there, with who, and stuff like these, but always something, even if it’s the littlest one, goes wrong and we have to arrange it.

That’s why I liked this book, and that’s why I thought that it could be a little guidebook for children to face real life. 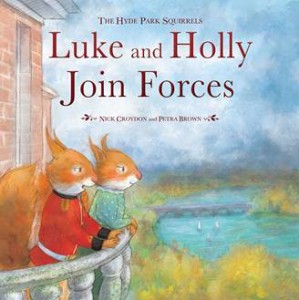 Really touching is the meeting of the two brothers, almost at the beginning of the book, and I think that the illustration is one of the best ones and the text is perfect. Here there is only a taste of what’s to come.

At first they just stared at each other. Then seeing Luke’s shining eyes, just like her own, Holly ran over and hugged him tightly. 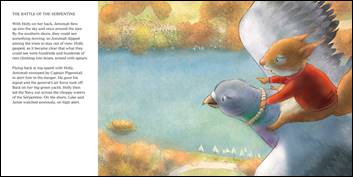 After reading both books, I think that ‘The Hyde Park Squirrels‘ are very good reads and probably one of the best collection published this year. I liked the engaging stories and also the powerful illustrations because they’re not simple and not so common. They’re absolutely gorgeous to look at and full of details.

Kensington Gardens’ Long Water was the perfect spit to hear author, Nick Croydon read from his new series of books. Here is what he told me about his new stories and a project to bring red squirrels back to Hyde Park.

Nick Croydon has worked in the publishing industry for over 20 years mostly involved in international sales. It was during these long flights that the Hyde Park squirrels were penned. He has sold many copies of “If Big Can…I Can” and has always admired Petra’s talent so was delighted when she chose to team up for this project. The series is purposely nostalgic and traditional and will appeal to both children who can self-read and parents alike. Nick lives with his wife Esther and has four children.

How did you come across the red squirrels’ preservation project?

When I wrote the books, I was doing some research on squirrels because when I asked a lot of children in London what colour the squirrel was, 78% said red, but in London they are grey. I continued my research and I discovered there was actually a society looking after the red squirrels and I got interested in that. Hopefully the project I want to get involved in aims at bringing the red squirrels back to London Hyde Park.

What do you like more of Petra’s illustration style?

I’ve known Petra for a long time, although we have never met. She’s particularly good at animals and she gives emotions so you can see in her illustrations what I’m trying to convey in the words, she captures in the drawings and she also does lots of details. We spend a lot of time, where other people might ignore that, she details about background of the rooms, the newspapers the characters are holding in their hands. So she’s very hard working.

Did you choose her or did the publisher do it?

I chose her. I contacted her before, I sold her books before so when I was choosing the illustrator I knew whom I wanted and she accepted the project.

Why did you choose the story of two brothers?

When I was in London as a student, being an accountant, I had no money, I used to come to this park (Hyde Park) because it was beautiful and free. When I was here the squirrels used to come along and I fed them. There were always these two particular squirrels, who used to come to my bench and I was convinced they came every week, so I thought “oh, they could be brother and sister” and I decided to write about them.

How long did it take you to write the books?

I wrote on planes as part of my job, because I sell and publish books, and I travel around the world on long plane journeys. I started writing in little notebooks, so it probably took two years and a lots of lines. It was a long time ago, then years later I found my notebooks and I thought “I must do something with these notebooks”. The process began from there.

When you were a child did you dream of becoming what you’re right now?

Probably not! I would have become a fighter pilot because I really enjoy the area, but I got involved in the books one twenty five years ago. I wouldn’t change this hard and lovely career.

I have got four children. Two older (20 and 18 years old) and they are called Luke and Holly. I immortalised as squirrels and they like the books. I just started reading my books to the youngest ones (4 and 2 years old) and they loved them so much. Let’s see what they’ll say about books three and four.

When are the other two books coming out?

The next two are already written and now Petra is illustrating them. I hope to get them back around October and they’ll be probably published in February next year. I have got already the fifth book in my head!

I sell books for a living, so you may think that this could be easy for me. However it is hard for children’s books to get into the market. I know people but it’s still very hard.

When people see the books, the comments are very good: they love the illustrations and also the story. They say is unusual these days to have books with so much words in them. They are stories with a lot of content and that’s what people like about my books.

I’m an Italian teenager who loves reading books, travelling, live music, sport events. I enjoy living in London for a while, and will be reporting about cool stuff from the capital.

This entry was posted on Tuesday, June 30th, 2015 at 2:25 pm and is filed under Books. You can follow any responses to this entry through the RSS 2.0 feed. Both comments and pings are currently closed.