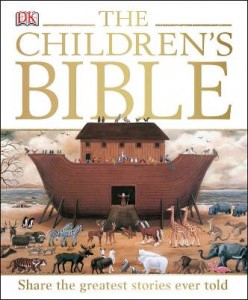 I have been on the hunt for a Bible for children for years and finally DK is publishing it. Who doesn’t like the greatest story ever told anyway? Whether you are religious or not you have to agree that the Bible is an amazing source for great stories.

How did Noah survive the flood? Who won in the fight between Samson and the lion? How did Jesus feed the five thousand? Find out the answers to these questions and many more in The Children’s Bible, a fantastic new way to learn about and explore biblical stories. With more than 150 of the best loved stories from the Bible, this is a great introduction to both the Old and the New Testaments.

Beautiful illustrations and photographs of artefacts and historical objects bring tales and characters to life, whilst colourful maps of biblical sites enable you to find out exactly where they are in the world today. Published on 1 March 2013 – Priced: £19.99 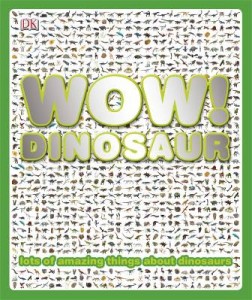 Explore the untamed and unbelievable with Wow! Dinosaur. Teeming with dinos, this comprehensive encyclopedia features hundreds of colourful pictures and facts about the dinosaur body, their senses, behavior, and scientist’s theories about their mysterious end. Encounter both land and aquatic dwelling dinos, skeletons, like that of Stegosaurus, and find out about the most feared and dangerous dinosaur of them all, the notorious Tyrannosaurs. With images so vivid it is as if the Mesozoic Era is thriving once again, plunge into the pages of Wow! Dinosaur.

Explore a visually amazing encyclopedia in Wow! Dinosaur. Crammed full of incredible stuff to dip into, from the skeleton of a Stegosaurus, giant ocean reptiles as they might have looked in their natural habitat and how they might have died: it’s like a paleontologist’s dig, a search engine and a trip back in time all rolled into one.
With four chapters brimming with dino information you can learn about the world they lived in, what they looked like, their senses and behaviour and theories on how they became extinct. Plus there are hundreds of colourful pictures and loads of amazing things for you to discover and explore. So find it. See it. Know it. 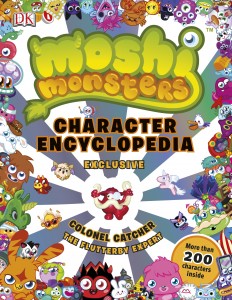 If you have a child in school these days you won’t have missed Moshi Monsters. They are little monster characters (there are hundreds of them) to be collected as stickers, cards, figurines, plasticine all carrying a special code to unlock games online. This book is an encyclopedia for both kids and parents where they are at in their collection.

Know your Chop Chop from you Chick Checker or you Pip from your Pocito? Discover more than 200 characters from the Moshi Kingdom with Moshi Monsters™ Character Encyclopedia. Each page centers on an individual character, providing a Moshi’s location, job and features as well as an exciting factoid, all the while aided by detailed and exciting images.
It’s not an essential book to have as most knowledge is now available online, but books are always nicer to read than their electronic versions. 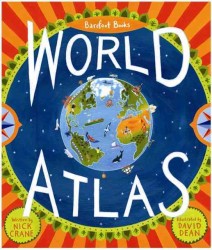 London 2012 gave our kids the opportunity to find out more about all the different countries where the athletes came from and increased their interest in geography. Our favourite World Atlas is published by Barefoot Books, written by Nick Crane and illustrated by David Dean. It’s an amazingly illustrated 56-page book tailored for kids aged 8+, but also suitable for younger kids. It is divided by geographical region and looks at the way in which communities and cultures across the world have been shaped by their natural environment, and at the ideas and initiatives which are shaping the future. It is an atlas for the twenty-first century that shows how all parts of the planet are interconnected and looks at the challenges which face us all in creating a sustainable future. The book comes also with an iPad app which is amazing and makes the most of all interactive features that kids love so much.

Tags:  books' reviews children's books' reviews kids' books
This entry was posted on Sunday, March 24th, 2013 at 3:58 pm and is filed under Books. You can follow any responses to this entry through the RSS 2.0 feed. You can leave a response, or trackback from your own site.