Finding new authors is always exciting and fascinating. I feel very honoured to have personally met and interviewed talented Nillu Nasser who has just released new literary fiction All the Tomorrows which tells the story of newlyweds Jaya and Akash in Mumbai, India. The novel is about second chances, the weight of tradition and gender, and the line between happiness and selfishness. It will appeal to readers of literary fiction, those who like foreign travel and family sagas. 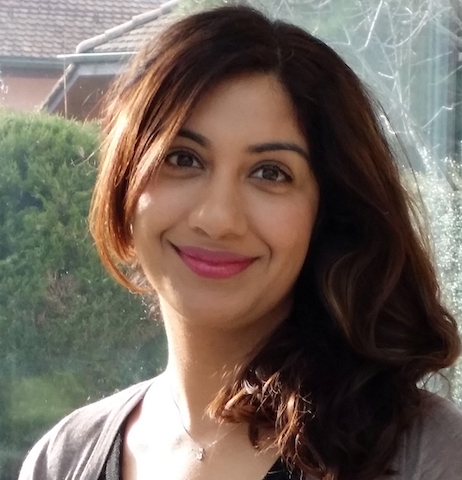 Q: What inspired you to write this novel?

I’ve always been a daydreamer. There are some images I just can’t shake, and that’s when I know a story is worth telling. With All the Tomorrows, there was one scene I could vividly see, as if it were already on film: a filthy, older, Indian man, pressed up against a window. He was sad, and not a threat. I wanted to know more about him. What brings someone to spy on a family? Could there ever be a reason to act that way? Could you feel sympathy for someone who other people might class as a monster? Could a man like that find his way back to being a functioning member of society? The novel grew from those questions. 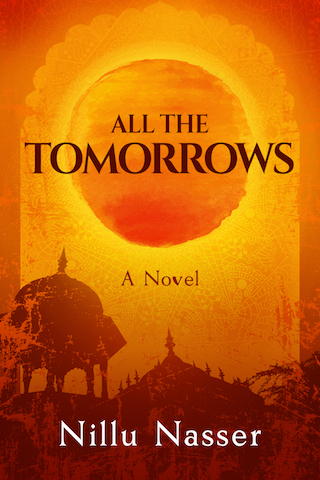 Q: How did you make the transition from an employee with a full time job to a full time writer and mother?

I’ve always written, but for a long time it was a private act for me or a skill I used within the strict parameters of what was required for work: proposals, speeches, research. My first degree was in English and German Literature, and I buried away my dream of writing fiction. I left university, did an MA in politics, and then worked in jobs where words and understanding people were important. I was happy enough, but when our second child was born, I realised how quickly time was slipping through my fingers. That coincided with the opportunity for our family to move to Geneva for a year with my husband’s work. I was ready to take a break from politics, and decided to knuckle down and give my dream some legs. I love the freedom you have to explore in fiction. Spoken words I sometimes find tiring; written words are for me a source of energy and understanding. It also helps that I can structure my writing around the children’s needs.

Q: When did you start writing and what made you want to talk about these characters?

It took me about three years to write All the Tomorrows. Most of the writing was done in a year, but it also took me time to turn the idea over in my head, commit to it and find the courage to see the novel through. I have the carcasses of partially finished novels on my hard drive, but this particular cast of characters were like a gift. I fell in love with even the minor ones. I’ve always read feminist fiction, and been interested in the interplay of gender and class, and how the accident of whose home and which country you are born in really makes a difference to your happiness and life chances, and this novel allowed me to play with those ideas.

Q: What’s your favourite part of this novel and why?

For me, there is nothing more hopeful in my novel than the relationship between my heroine, Jaya, and her sister Ruhi. I loved it anytime they were on the page together. I think one day Ruhi might deserve a story of her own. I don’t have any sisters though I always wanted one. When Jaya is in her hour of need, it is Ruhi who comes to her aid. The bond between sisters seems a magical one, and this perception is reinforced in some of my favourite books such as Jane Austen’s novels, Louisa May Alcott’s Little Women or Angela Carter’s Wise Children.

Relationships between women are often judged to be secondary to heterosexual ones. Too often they are dismissed as gossipy or opportunistic, or recast to be competitive in nature. The truth is that female friendships are often profound love stories and they can last a lifetime, accompanying us through puberty and into adulthood, through career choices, various relationships, ill health, the birth of children, the breakdown of marriages, the death of parents and the ageing process.

Q: Which author has inspired you the most and why?

The list is too long to choose from, and for me, it’s probably individual books that imprint themselves on my heart, like The Well of Loneliness by Radclyffe Hall, The Bell Jar by Sylvia Plath, Extremely Loud and Incredibly Close by Jonathan Safran Foer and The Night Circus by Erin Morgenstern. There are authors that I will always return to like Margaret Atwood, Kamila Shamshie, Khaled Hosseini and Neil Gaiman. If I had to pick one though, it would probably be Chimamanda Ngozi Adichie. I love the themes of her novels, the complexity and her strong sense of place. She is also a woman I could listen to all day. In fact, I must check if she has recorded any of her own audio books!

Q: If your novel would be adapted for the big screen, who would you cast for the lead roles and why?

Oh my word, what a fun question! I’d be happy with a small screen adaptation – there’s such great television work going on at the moment. The book is set in Mumbai and the cast of characters is Indian. My hero Akash would be played by Sendhil Ramamurthy (Beauty and the Beast/Heroes). He is brooding and even when still on screen, the viewer gets the sense of the turmoil beneath. My heroine Jaya would be played by Parminder Nagra (Bend it Like Beckham/ER). She is earnest, and plays both vulnerability and strength with ease. The other woman (but to me a heroine in her own right) Soraya would be played by Indira Varma (Luther/Game of Thrones). She has an elegance and steel that is so right for this character.

Q: Do you think arranged marriages could survive in our modern age?

I think so. The vast majority of marriages that take place in India are arranged. They are also common in Pakistan, China, Japan and Israel. Many arranged marriages today simply begin with an introduction by families, that may or may not result in a marriage. I like to think of them as an age old Tinder! I married for love, but research tells us not to dismiss arranged marriages out of hand. They can be stronger than love matches. Families are more invested in the outcomes of an arranged marriage, since it is they who have played a role in bringing the couple together. Often, the couple will have a say in the matter. I think there’s probably less room for illusions, without the instinct-driven blinding nature of love, and that love can grow.

I’m signed to Evolved Publishing for two more literary fiction novels. Our little one starts nursery in January, and that will really help my writing routine. It’s been hard juggling it all, particular when the baby year often means sleep deprivation for mummy (he’s our worst sleeper), as I know your readers understand! My pace for novels tends to be about one a year, and in that time I try to write a few short stories for anthologies or magazines. My next novel, Hidden Colours, tells the story of an acrobat and a journalist in Berlin. It’s about grief and chance, and about race and fixed viewpoints. I’m itching to get to that place in the process when the connections all start fizzing, and you just pour it out onto the page and hope that the magic will somehow happen. I hope you’ll read All the Tomorrows, and be back for more when novel two is ready.

Sometimes we can’t escape the webs we are born into. Sometimes we are the architects of our own fall.

Akash Choudry wants a love for all time, not an arranged marriage. Still, under the weight of parental hopes, he agrees to one. He and Jaya marry in a cloud of colour and spice in Bombay. Their marriage has barely begun when Akash embarks on an affair.

Jaya cannot contemplate sharing her husband with another woman, or looking past his indiscretions as her mother suggests. Cornered by sexual politics, she takes her fate into her own hands in the form of a lit match.

Nothing endures fire. As shards of their past threaten their future, will Jaya ever bloom into the woman she can be, and will redemption be within Akash’s reach?

Nillu Nasser is a writer of literary fiction novels. All the Tomorrows was published by Evolved Publishing in 2017, and is due to be followed by Hidden Colours in late 2018. Nillu has a BA in English and German Literature, and an MA in European Politics. After graduating she worked in national and regional politics, but eventually reverted to her first love. She lives in London with her husband and three children. To find out more about Nillu or to sign up for her newsletter, visit www.NilluNasser.com

This entry was posted on Friday, December 29th, 2017 at 6:10 pm and is filed under Books. You can follow any responses to this entry through the RSS 2.0 feed. Both comments and pings are currently closed.