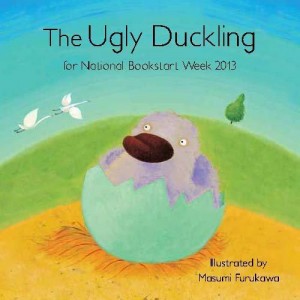 A recent survey of over 1,000 people conducted by Opinium on behalf of independent reading and writing charity Booktrust found that both children and parents show a traditional gender divide when choosing their favourite fairy tales. When asked to name their own favourite fairy tale, 32% of mums chose Cinderella and 30% of dads chose Jack and the Beanstalk. When asked to name their children’s favourites, the same tales came out top for their sons and daughters. 34% of those with daughters named Cinderella and 27% of parents with sons named Jack and the Beanstalk as the favourite.

The figures were released at the opening of National Bookstart Week, during which children up and down the country were invited to take part in fairy tale themed activities in their local libraries, children’s centres and bookshops.

This year, half a million free specially commissioned Ugly Duckling booklets, illustrated by Masumi Furukawa and published by Child’s Play (International) Ltd, were given to families at events to encourage mums, dads and carers to read with their children every day. Coronation Street star Julie Hesmondhalgh has also recorded an audio version of the tale for Booktrust.

1. Goldilocks and the Three Bears 24% 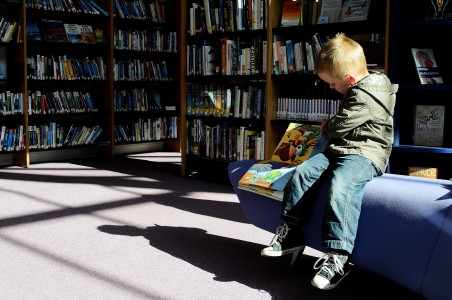 4. Goldilocks and the Three Bears 18%

2. Goldilocks and the Three Bears 26%

3. Goldilocks and the Three Bears 20%

3. Goldilocks and the Three Bears 22%

4. Goldilocks and the Three Bears 16%

Do you read fairy tales with or to your child?

They help with children’s reading skills/literacy 64%

They are fun and make children laugh 60%

It is part of our daily reading routine 48%

They help children come up with their own stories 45%

They carry on traditions 43%

They are a break from the real world 36%

They help children understand other stories 33%

My child is too young for this 23%

I hadn’t thought about doing this 7%

Fairy tales are too scary 3%

Fairy tales are too boring 3%

For those answering ‘My child is too old for this’ (n=155), age breakdown was as follows:

This entry was posted on Tuesday, July 16th, 2013 at 9:00 am and is filed under Books. You can follow any responses to this entry through the RSS 2.0 feed. You can leave a response, or trackback from your own site.