Books to read with the kids over Easter

Celebrate Easter with the kids with some great new books. 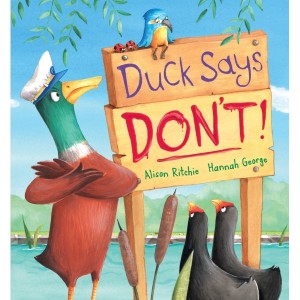 Really funny but also educational story for young leaders in the making, a good lesson to be learnt! Goose has gone away and left Duck with the job of looking after her beautiful pond. Duck promises to take good care of it but he soon gets annoyed by the splashing, swimming, racing, fishing, jumping and diving going on all around him. So bossy old Duck sets some rules and makes some signs to show everyone he means business! The pond is finally still and peaceful but suddenly Duck wonders where all his friends have gone. Will he be able to get them to come back to the pond before Goose comes home? A lively and comical story featuring a host of colourful characters. (Published in March 2013, age 3-7, £5.99) 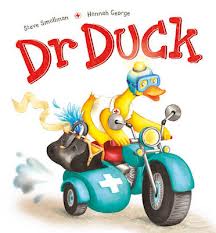 Feeling poorly? Sneezy and sniffly? Maybe a little bit blue? This riotously funny picture book is just the thing for you! Elephant’s got the sniffles, Hyena’s lost his laugh, and Gorilla’s got a terrible case of super-stinky bottom burps! Luckily for everyone, Dr Duck is here to save the day! (Published in March 2013, age 4-7, £6.99) 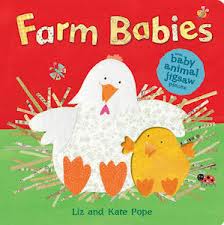 A lovely little board book for toddlers and all pre-schoolers who love farms! With chunky press out pieces for little hands to grab, your little toddler will love sorting the baby farm animals and slotting them into place alongside their mummies and daddies. This jolly little farm book beautifully illustrated by Kate and Liz Pope has chunky press-out jigsaw pieces is ideal for developing motor skills and improving hand-eye co-ordination. Perfect for little hands! (Published by Caterpillar Books, age 3-5+, £6.99) 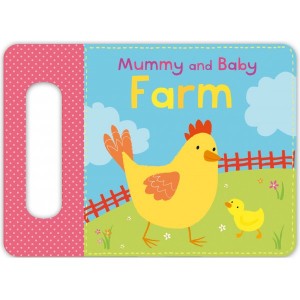 Open up this bright board book to see the mummy and baby farm animals having lots of fun together. With cute and colourful illustrations, this is an ideal book for children learning their first words. The easy-to-grip handle makes this a perfect first book for toddlers. (Published by Caterpillar Books, 10 months+, £3.99)

The Black Rabbit by Philippa Leathers 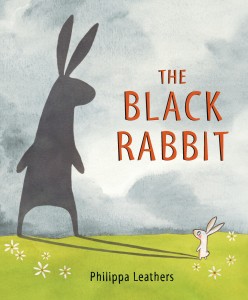 Great Spring-themed book to entertain kids over Easter and half term. Meet a plucky rabbit and the new companion (friend or foe?) that
he just can’t shake in this clever debut from Philippa Leathers.
Rabbit has a problem. There’s a big, scary Black Rabbit chasing
him. No matter where he runs – behind a tree, over the river – the
shadowy Black Rabbit follows. Finally in the deep, dark wood,
Rabbit loses his nemesis – only to encounter another foe!
Kids who like to be in on the secret will revel in this humorous look
at fears, first impressions and friendship. Philippa Leathers studied graphic design, illustration and animation, and currently works as a
freelance animator and illustrator. The Black Rabbit is her first picture book, while her animation
credits include work on the Charlie and Lola and Peppa Pig TV series. She lives with her family
– a grey tabby cat named Emmi, and two rabbits, Benji and Kiki, who inspired her to write The
Black Rabbit, as where one goes, the other follows close behind – in Kent. (RRP £10.99, Hardbook) 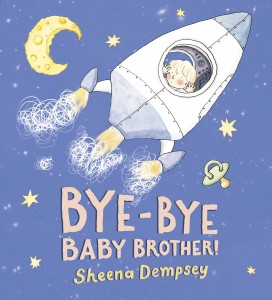 Educational but yet entertaining. New babies, busy mums and a little girl with a very BIG imagination
combine to create a hilarious tale from a fresh Irish talent.
Ruby loves nothing more than playing, especially with Mum. But
Mum is always so busy with Oliver, Ruby’s little baby brother.
Babies are so boring. Ruby stomps out into the garden and there
she begins to wonder … what if she could magic Oliver away?
With the perfect blend of knowing observations and truly funny art,
Sheena Dempsey perfectly captures the anxieties and frustration of
a new sibling. The author Sheena Dempsey was born in Cork and studied fine art in Dublin before moving to London in
2009. She graduated from Kingston University with an MA in illustration in 2010. Bye-bye Baby
Brother! is her first picture book. (RRP £11.99, Hardbook) 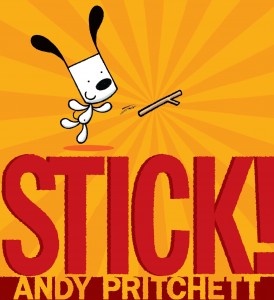 An exciting new picture book all about an adorable little puppy, one
stick, and his quest for a friend!
Little Puppy has discovered a STICK and sticks are a LOT of fun.
With abounding enthusiasm, he goes in search of a playmate. He
sees Bird – aha! – someone to play with! But Bird would much
rather eat juicy worms. Hmmm … what about Cow? Or Pig? Who
will be Puppy’s friend?
A riot of colour frames this hilarious story all about making a friend
and, without saying very much at all, finding someone who
understands you. Andy Pritchett illustrated collaboratively on comic book Tank Girl as well as working on the
Tank Girl movie adaptation and cult comic book Shade: The Changing Man. He also illustrated
and coloured stories for Sonic the Hedgehog comic. Stick! is his very first picture book. (RRP £11.99, Hardbook).

Tags:  books' reviews children's books' reviews Easter reading
This entry was posted on Tuesday, March 26th, 2013 at 9:00 am and is filed under Books. You can follow any responses to this entry through the RSS 2.0 feed. You can leave a response, or trackback from your own site.