The media are all about science and technology and there are really inspirational science books for kids out there. No wonder so many kids want to be scientists these days.

My 10 year old son Diego picked two of the best ones for his Summer holidays. Be prepared to have plenty of household junk available for the experiments.

Being a scientist isn’t just about wearing a lab coat and performing experiments in test tubes, it’s about looking at the world around us and trying to figure out how it works.

How to be a Scientist 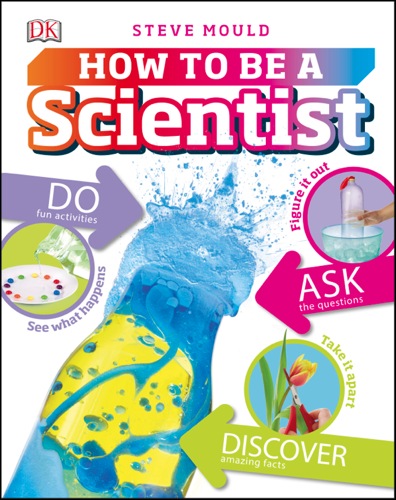 How to be a Scientist, a fun and engaging science experiment book for children aged 7+ written by TV science presenter Steve Mould. Published by DK, How to be a Scientist is packed with 37 hands-on activities created to inspire curiosity and creativity, covering topics including the Natural World, Human Body, Chemistry, Physics, Earth and Space. Children are encouraged to question what is happening in each project, seek out the answers, and with a little help from Steve, test the scientific concepts they learn further, just like a scientist would. Experiments (such as creating a tornado in a jar to making impact craters like those on the moon) are fairly simple to perform and only require household materials but the scientific concepts behind are quite complicated so hats off to Steve for explaining them in such an easy language. 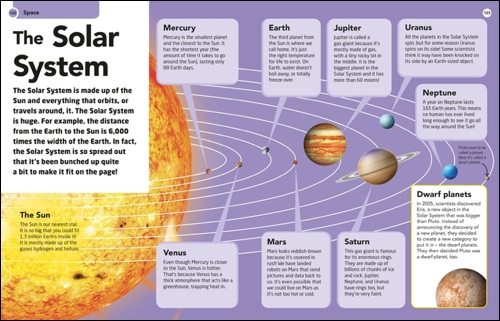 Each step-by-step project is beautifully illustrated in DK’s highly visual style, and scientific principles are clearly explained with colourful illustrations and real-life examples. There is also plenty to learn about the lives and discoveries of history’s greatest scientists, from Charles Darwin and Marie Curie to Albert Einstein and Galileo. 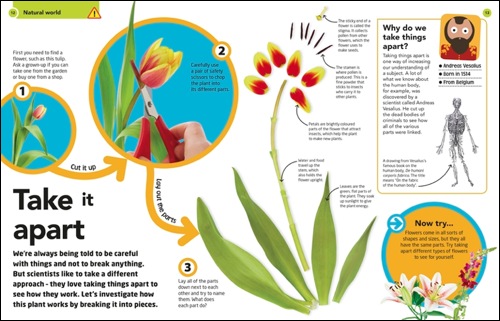 This is Steve Mould’s first book for children. Steve is a TV science presenter and comedian with a physics degree from the University of Oxford. 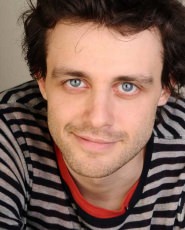 His YouTube channel has more than 100k subscribers, and his videos have been watched more than 9 million times.  He has appeared as an expert on programmes including Blue Peter, The One Show, Sunday Brunch, QI and The Alan Titchmarsh Show, and across radio on BBC 5 LIVE and BBC Radio 4.

Scientist Academy: Are you ready for the challenge?

by Steve Martin and Essi Kimpimäki 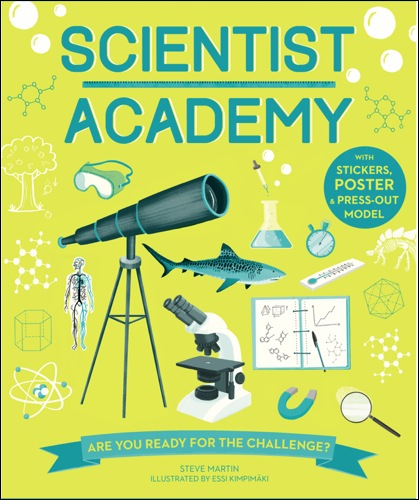 Among the best science books for kids this year there’s Scientist academy, an activity book with completion certificates at the end of every key chapter.  This is probably one of my favourite reference books for 2017. It is so well written and illustrated that it makes me want as a parent to get my hands dirty with the experiments – alongside my son. Kids can learn the essential skills to start their own scientific journey with this fun and engaging title. Packed full of great illustrations, fun facts, and absorbing activities, this book guides young readers through different strands of science – Laboratory, Investigative, Space, Earth and Life.

Practical projects, each carefully designed to introduce skills of the sort required by real-life scientists, help kids pick up the basics in a fun, hands-on way. Create a pendulum, investigate a crime scene, uncover some fossils, and study the solar system – the sky’s the limit! 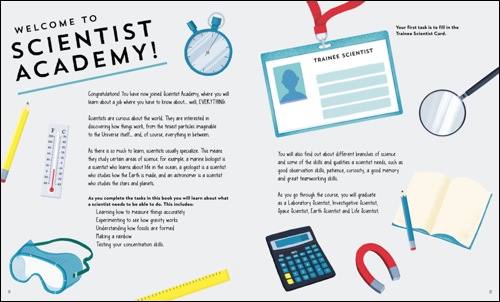 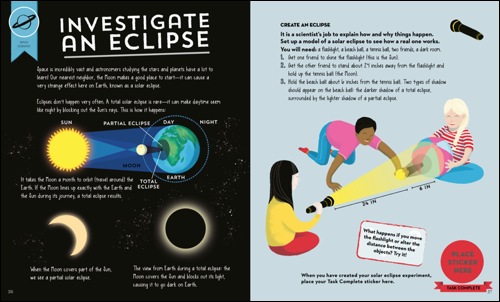 Steve Martin is a writer, former English teacher, and author of numerous children’s books on a wide range of subjects, including The Boys’ Book of Adventure, Numberland, and Ivy Kids’ Academy series.

Essi Kimpimäki is an illustrator and artist currently based in Scotland. Originally from Finland, Essi studied Illustration at the prestigious Glasgow School of Art. Her playful style breathes life into her artwork, and she seeks inspiration from the natural world, and her travels across the globe.

I let you figure out how my kitchen has been looking like recently with all the experiments Diego has performed… But at the end of the day this is part of growing up and exploring the world. I am pleased to see him engaged with these books, with nature and physics. I also like to imagine him as a quirky genius scientist a bit like Einstein… If anything these books have made me daydream a little.

This entry was posted on Saturday, July 1st, 2017 at 11:15 am and is filed under Books. You can follow any responses to this entry through the RSS 2.0 feed. Both comments and pings are currently closed.