My Top Books about Audrey Hepburn

Books are the best way to find out about Audrey Hepburn’s life. Each one of them in its own way can show everything about her from a different angle, even if they tell the same story, her story. Shopping on my own or gifts from close and far friends, actually i have a pretty good collection of books which speak about the princess of the princesses. It’s difficult to find a bad book about her.

Let me take you inside my personal Audrey’s library. Here are my top books about Audrey Hepburn.

Audrey’s story is told as a fairy tale for children. It’s impossible not to love her story, children-oriented and told with such sweetness, not to speak about the illustrations: Audrey proves herself irresistible drawing for a children’s book as far as she is playing all her iconic character: you’ll see her as a little girl, an actress, an icon, an inspiration: you and your children will see what it means Just being Audrey. 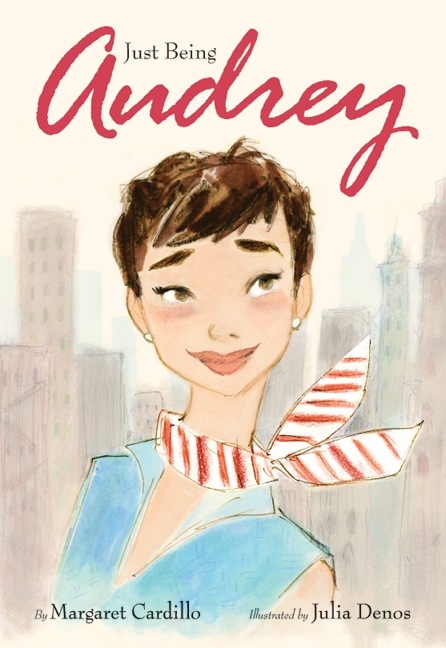 This is probably my favourite book, maybe the best book you can read about her: the most intimate portrait made and written by her most adoring and number one fan: her son Sean. Family photos, mementos, documents, personal correspondence, paintings and illustrations by the actress herself; Sean brings us inside Audrey’s life and shows us his most and favourite role, the Mum, his Mum and celebrates her humanity, grace and fragility. Hollywood’s brightest star as you’ve never seen before. 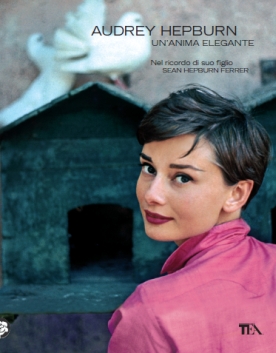 5TH AVENUE, 5 A.M. – Audrey Hepburn, Breakfast At Tiffany’s and the dawn of the modern woman

This is the story of the creation of a masterpiece that changed the history of cinema and society. The daring adventures that the director and producers have faced to convince Audrey Hepburn to play the most important role of his career, the grievances of Truman Capote, who had written the character of Holly thinking of Marylin Monroe. The tricks implemented to pass unharmed between censorship and brilliant insights that allowed the film to overcome a wary welcome making inroads into the hearts of the audience and becoming a true classic.

It all begins from the story of a young walk-on actress that manages to become a style icon much before this role. The perfect behind-the-scene story, with a colorful cast of characters including Truman Capote, Edith Head, Givenchy, “Moon River” composer Henry Mancini, and, of course, Hepburn herself, in which Wasson presents Breakfast at Tiffany’s as we have never seen it before, through the eyes of those who made it. If you love BaT’s and Audrey Hepburn, this book’s made for you. 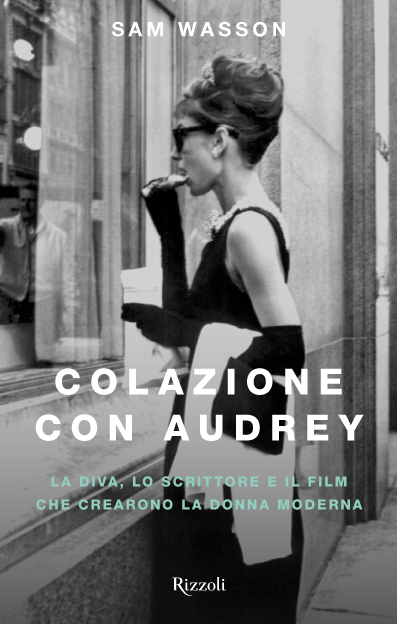 CHARMED BY AUDREY  (a.k.a. A WEEK WITH AUDREY – Life on the set of Sabrina)

The photographer spent an entire week shooting the actress in Los Angeles for LIFE magazine in 1953. The two become intimate friends and remained in touch for the rest of their lives. Shaw’s extraordinary level of access resulted in an amazing array of photos that captured the spontaneous charm and grace on set and in everyday life. The images chronicled Hepburn waking up at home, having her hair washed at the beauty parlor, reading, relaxing, studying the script, chatting with her costars and director Billy Wilder, and acting in one of her most famous roles. Most negatives of Hepburn was lost after Mark Shaw’s untimely death in 1969. Reunited after fifty years, those portraits are now fully collected in this wonderful volume. 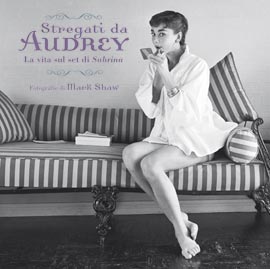 HOW TO BE LOVELY – The Audrey Hepburn way of life

Audrey is an ethereal combination of grace, elegance, charm and sobriety and this is not only referred to style and fashion: she is an inspiration for million of people all around the world with the strenght of her personality, still today. Melissa Hellstern has reviewed many Audrey’s interviews to offer a selection of phrases and statements that make us hear her voice on essential topics for every woman: career, married life, motherhood, relationships. Enhanced by rarely seen photographs, behind-the-scenes stories, and insights from the friends who knew her well, this book uncovers the real Audrey hidden behind the myth, telling us why millions who grew up, or will grow up, want to be just like her. 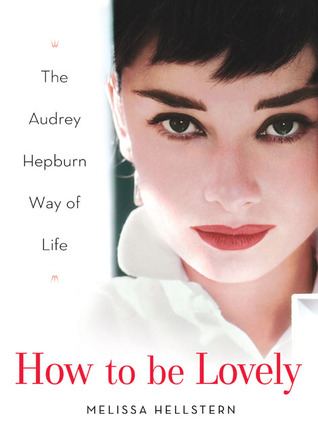 This book is a summary of the 2011 exhibition at Ara Pacis Museum in Rome called “Audrey a Roma”, supporting UNICEF and celebrating the 50th anniversary of “Breakfast At Tiffany’s”, exhibition which I managed to see in person, one of the best exhibitions ever; on that occasion I bought this book including more than 200 picture of Audrey during the 20 years she lived in the Eternal City, since her first marriage with Mel Ferrer before and the last part of her career, when she decided to give up movie playing to be a mother and a wife (for her 2nd husband Andrea Dotti): snapshots of everyday life, walking in the city, with family, with children and friends or departing or arriving at the airport and the premiere of her films and pictures from the movie sets she shot in Rome (Roman Holiday, War And Peace, A Nun’s Story): scenes that show her transformation through the years from Hollywood diva to a mother among others, and her strong bond with the city in which the world knew her for the first time, that same city which adopted her without hesitation. Introduced by Luca Dotti who makes an intimate and private portrait of his mother. 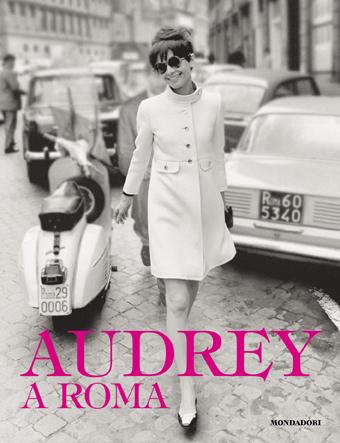 Audrey a Roma by Ludovica Damiani and Luca Dotti (Italian cover) – An English version of this book should be available.

The umpteenth celebration of Audrey’s life throughout her life and career and one of my favourite books about her. The famous photographer Bob Willoughby, who became one of Audrey’s most intimate friends, followed her almost everywhere. Iconic and less famous pictures accompanied by the photographer’s personal reminiscences, which defined the extreme simplicity of the most beloved star. A real Jewel and, for an Italian like me, a perfect way to make some practice in English (the Italian version of this book does not exist). 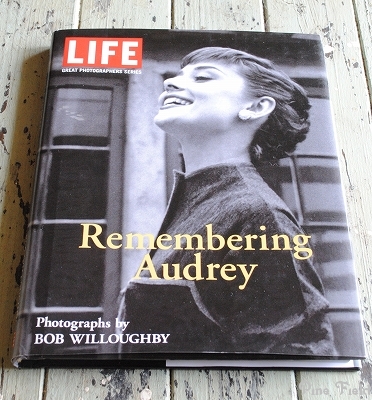 Movie Icons is a series of photo books that feature the most famous personalities in the history of cinema. These 192-page books are visual biographies of the stars. Audrey would no doubt have become famous in her youth even if the movies hadn’t found her—simply because no self-respecting camera could resist her. Another journey into her life on and off screen through wonderful images showing the star as she really was.

This entry was posted on Sunday, May 10th, 2015 at 7:10 pm and is filed under Books. You can follow any responses to this entry through the RSS 2.0 feed. Both comments and pings are currently closed.