Book review: The Good Little Devil and Other Tales by Pierre Gripari

The Good Little Devil and Other Tales by Pierre Gripari is a French children’s classic book that is recently being published in the UK for the first time. It is a collection of absurd and improbable modern fairy tales for good little devils everywhere!

It was first published in France in 1967 and has sold over 1.5 million copies worldwide and translated into 27 different languages, including Mandarin Chinese. Frankly I don’t understand why such a treasure hasn’t been found before in Britain … Finally children (and parents alike) in the UK have the opportunity to experience and enjoy these funny and absurd tales. 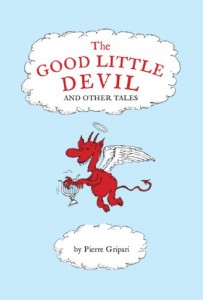 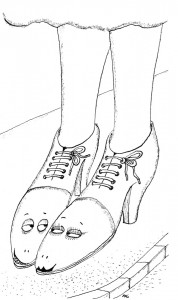 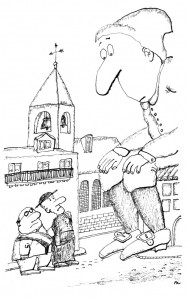 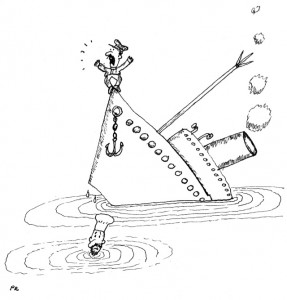 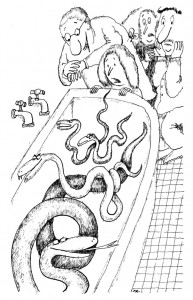 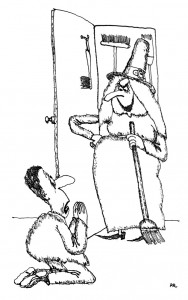 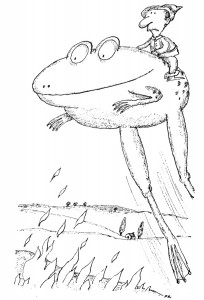 Now, this is not just any book. Of all the books I read as a child, this one is my absolute favourite.

The stories themselves are exceptionally memorable. This is a world where everything is completely absurd and makes perfect sense. Potatoes talk and befriend guitars, pigs swallow stars, fairies live in taps and shoes fall in love … all for very good reasons! It’s also a very reassuring world: the eternal ingredients of fairy tales are all there, with kings, witches, mermaids and fairies, but it’s a place entirely lacking in cruelty.

The witch turned into a frog and the inevitable queen mother are mean, but they have issues of their own. Kindness to others is always the prime value which will get you out of trouble and in the end, the good are rewarded and the evil are punished.

The stories are incredibly funny, which is why they’re as popular in France with adults as they are with children and why they’ve been handed down from generation to generation ever since the book came out in the 60s. If you did a survey today among French 7-10 year-olds, you would find everyone knows Prince Blub and the Witch in the Broom Cupboard. And this is not a uniquely French phenomenon!

What I love about Pierre Gripari’s stories is their quirkiness, the uniqueness of the situations described, like the love story of a pair of shoes. These tales are so original that you would have never heard of them and even those that resemble traditional fairy tales include additional quirky elements.

The book includes the original illustrations from the highly talented and completely bonkers 80-year-old Puig Rosado. It is published as a beautiful hardback so ideal as a gift and will sit perfectly on a child’s bookshelf for years to come. 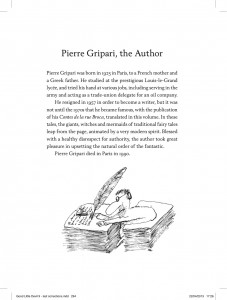 PIERRE GRIPARI, the French-Greek author, dubbed ‘A Martian in exile’, was a prolific author for adults and children. Pierre Gripari, would sit on Rue Broca, in Paris, telling stories to the children who lived there. When his stories ran out, Pierre suggested the children make up a new one each week, and it was here that The Good Little Devil was born.

The stories in The Good Little Devil and Other Tales are his most famous. In these tales, the giants, witches and mermaids of traditional fairy tales leap from the page, animated by a very modern spirit. Blessed with a healthy disrespect for authority, the author took great pleasure in upsetting the natural order of the fantastic. 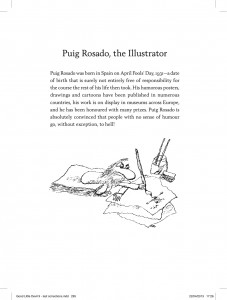 PUIG ROSADO was born in Spain on April Fools’ Day, 1931. His humorous posters, drawings and cartoons have been published in numerous countries, his work is on display in museums across Europe, and he has been honoured with many prizes.

Tags:  books books' reviews children's books' reviews reading storytelling
This entry was posted on Monday, September 30th, 2013 at 9:00 am and is filed under Books. You can follow any responses to this entry through the RSS 2.0 feed. You can leave a response, or trackback from your own site.