M.G. Leonard was terrified of beetles until she started researching them for her book Beetle Boy. She soon realised that these fascinating creatures, which support the eco-system of our entire planet, deserved to be the heroes, not the villains, of the story. So she set about writing the most compelling, funny and heart-warming adventure she could summon, about bravery, friendship and beetles. 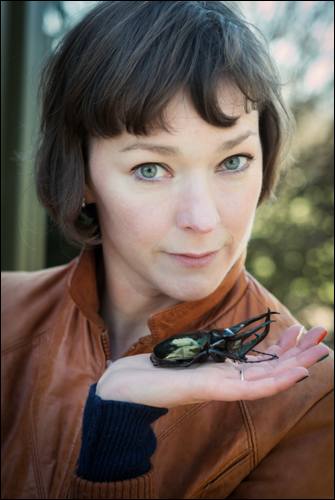 Beetle Boy is a detective story, maybe the first and only one our children will ever read and is a good one. It’s a gripping adventure that also parents can enjoy. I certainly have. My son Diego (9) started reading it and I ended up ‘stealing’ the book from him for a while to find out the rest of the story. At first I thought I would not like to read about beetles but after the first few pages I understood that it wasn’t a beetles’ story but more a mystery with Dahl-esque humour and a detective investigation carried out by children.

Beetle Boy is the first in a trilogy. Leonard wrote the book over a six month period snatching a couple of hours a day early in the morning before leaving for her full-time job as Digital Producer at the National Theatre. She was quickly signed up by Barry Cunningham, the man who signed J.K. Rowling for her first Harry Potter book. 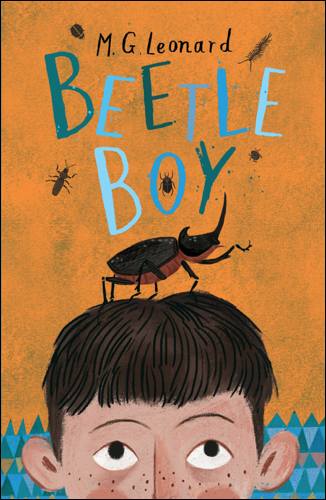 When Dr Bartholomew Cuttle disappears from inside a locked room at the Natural History Museum, the police are stumped. But Darkus Cuttle refuses to accept that his father would have willfully abandoned him, leaving him an orphan. With the help of his Uncle Max, his new friends Bertolt and Virginia, and a most unusual sidekick, Baxter the rhinoceros beetle, Darkus embarks on a quest to uncover the truth. Does the evil Lucretia Cutter, with her penchant for living jewellery, have something to do with his father’s disappearance? 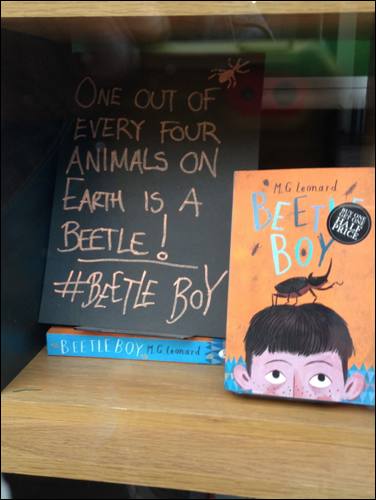 M.G. Leonard is very connected to her audiences through social media. I loved connecting with her and getting messages back.

She is very smart and academic having a first-class honours degree in English Literature and an MA in Shakespeare Studies from Kings College London. She works in London as the Senior Digital Media Producer for the National Theatre, and previously worked at the Royal Opera House and Shakespeare’s Globe. Leonard spent her early career in the music industry running Setanta Records, an independent record label, and managing bands, most notably The Divine Comedy. After leaving the music industry, she trained as an actor, dabbling in directing and producing as well as performing, before deciding to write her stories down.

Leonard lives in Brighton with her partner and two sons.

This entry was posted on Wednesday, July 13th, 2016 at 12:05 pm and is filed under Books. You can follow any responses to this entry through the RSS 2.0 feed. Both comments and pings are currently closed.