Book of the week: The Gloriumptious Worlds of Roald Dahl

This year on 13th September 2016 the world celebrates 100 years since the birth of Roald Dahl (1916-1990), one of the most popular children’s authors of all times. For the occasion, Carlton is publishing a fabulous new book The Gloriumptious Worlds of Roald Dahl. I have literally fallen in love with it. I dare say that it’s the best children’s book that I have reviewed in 2016. A brilliance that is difficult to beat! 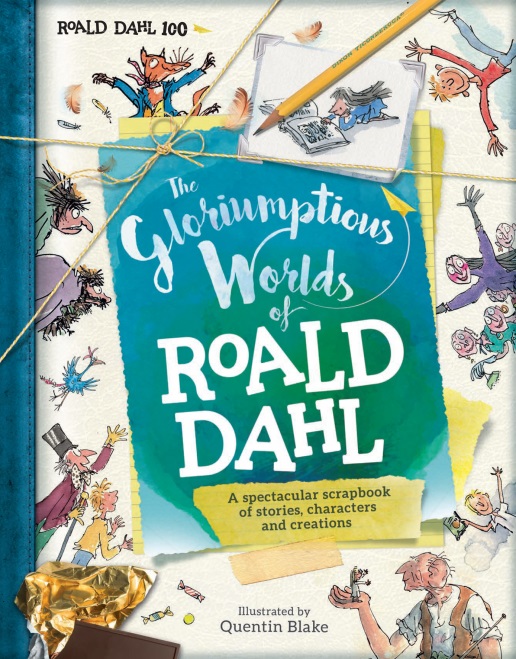 Here is why I love it so much.

1- A quirky format: It’s a sort of manual presented in a scrumdiddlyumptious scrapbook style aimed at Dahl’s super fans that brings to life some of Roald Dahl’s most loved characters and stories in an interactive portfolio of illustrations and inserts from the author’s imaginary stories and his real life. From gruesome giants to plucky heroes and heroines, the book reveals the stories behind Dahl’s most popular work. 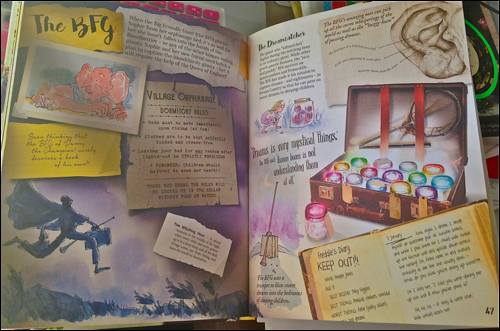 2- It comes out the same month of the Steven Spielberg’s spectacular film release The BFG starring Oscar winner Mark Rylance as the Big Friendly Giant, this books sheds some light into the world of the BFG.

Here is my BFG vlog.

Here is the film review that explains why you should go and watch it (if you haven’t seen it yet).

3- The Gloriumptious Worlds of Roald Dahl is a collection of facts, trivia, and details that bring Roald Dahl and his memorable characters to life. Did you know, for instance, that Roald Dahl loved chocolate, but never ate spaghetti? Or that he was a terrible speller? Or that he had four sisters? Have you ever wanted to know what actually happened to James Trotter’s parents when they encountered an angry escaped rhino? Or how to make the Twits’ infamous bird pie? This book will tell you these curious facts and a lot more. 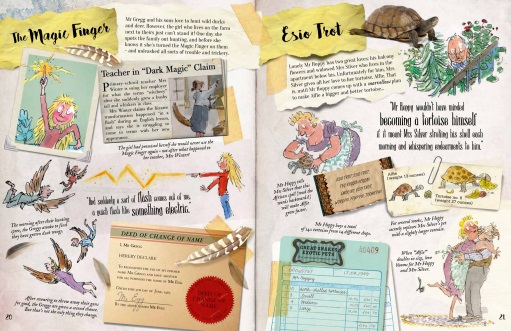 4- The book is filled with Quentin Blake‘s memorable illustrations as well as black and white photos, information about Dahl from his family tree, images of the pencils he used to write his stories. He was peculiar about the choice of paper and pencils he used and also very methodical.

5- It explains why Dahl’s novel are so timeless.

6- There are a lot of fold out pages, leaflets and booklets and  a letter in an envelope at the end of the book. It’s easier to read than a normal biographical book as it has boxes with easy chunks of information rather than block of text. 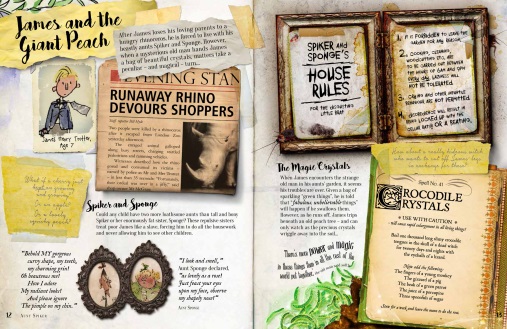 7- Despite reading Boy and Going Solo (Dahl’s own biographies for children), I still learnt a few new facts about the fascinating life of Roald Dahl himself and the visuals provided by the Roald Dahl Estate including original letters, newspaper cuttings, editing notes and photographs certainly helped.
The Gloriumptious Worlds Of Roald Dahl is published by Carlton Books. It’s also available online and in all good book shops.  Hardback edition with 59 pages and 7 special items RRP £16.99.

This entry was posted on Thursday, September 1st, 2016 at 11:04 am and is filed under Books. You can follow any responses to this entry through the RSS 2.0 feed. Both comments and pings are currently closed.