Book of the week: Miniature Enchanted Forest by Johanna Basford

A colouring book meets a picture book in a fantasy forest that is open to be reinvented by both children and adults alike. From the author of the global bestseller Secret Garden (over 12 million copies sold!) and Enchanted Forest (over 5 million copies sold worldwide!), Johanna Basford, Miniature Enchanted Forest is a small-scale edition of her classic colouring book. It can be used for colouring, drawing and even writing own stories in the empty spaces. 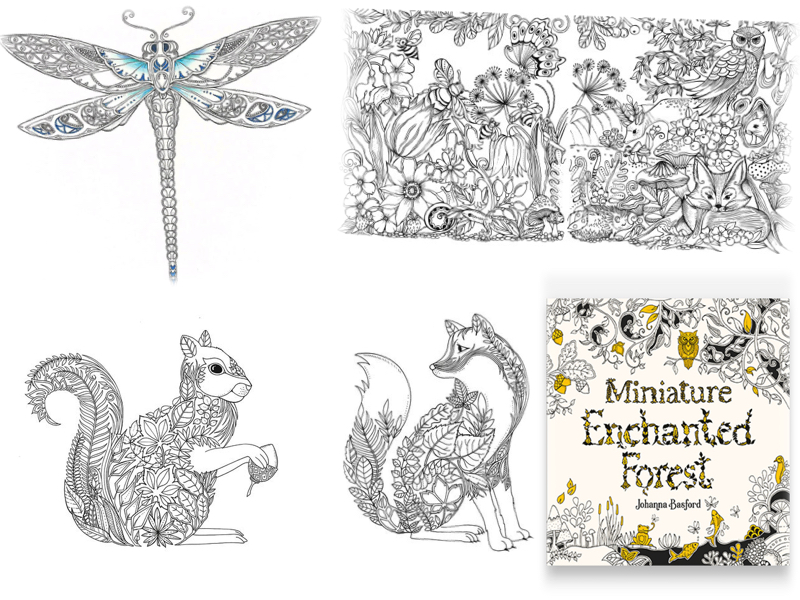 I love the square medium format as it can be put in a handbag and used as a drawing pad while walking in the woods. It’s a multi-functional space in a book / notebook that calls for expressing creativity.

Johanna Basford’s illustrations are hand-drawn, predominantly in black and white, with pencils and pens. She has the ability to transport you into a magical world through her drawings. 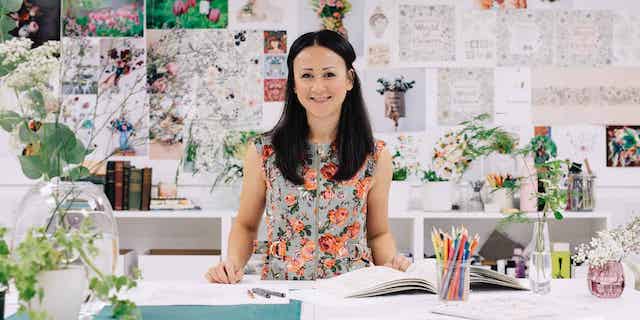 She considers herself an ‘ink evangelist who prefers pens and pencils to pixels’.  Johanna Basford is on a mission to inspire the world to put down their devices and pick up a pen or pencil and create happy. I personally agree with her. Her colouring books are for both children and grown ups who want to give it a go at drawing. Anyone can get creative and often just need a little nudge. Johanna Basford’s books are that nudge.

Computer generated artwork lacks the warmth and charm of something hand drawn, so Johanna creates all her artwork by hand; drawing first in pencil, then redrawing in ink. She loves intricate details and tries to craft images that invite people to pause and examine the artwork a little closer. Hidden within the flora and fauna are rogue butterflies, half hidden hedgehogs and even the odd little owl.

Johanna Basford grew up on a fish farm in rural Aberdeenshire, Scotland where together with her little sister, she had a very ‘free range’ childhood. They played outdoors building dens, creating secret gardens and paddling in the little stream behind their house. This kind of play cultivated in her a wild imagination and a love of nature from an early age.

When her daughter Evie was 2, she began making up stories for her at bedtime about a little girl called Inky Ivy who went on magical adventures. ‘Mum, you should make this into a book!’ she said one night. And the idea for Ivy and the Inky Butterfly was hatched! A story book to colour, a wonderful tale that you can bring to life and make your own. Johanna was pregnant with her second daughter by this time, so she drew around an ever growing baby bump only putting her pencil down 24 hours before she was born. 9 days later a tiny newborn baby called Mia lay sleeping in her Moses basket under Johanna’s desk. She said: ‘I wasn’t sure if I was an expert multitasker or just the worst mother in the world, but it worked for us!’.

Miniature Enchanted Forest is published by Laurence King and available now in paperback for £6.99.

This entry was posted on Tuesday, April 13th, 2021 at 11:10 am and is filed under Books. You can follow any responses to this entry through the RSS 2.0 feed. You can skip to the end and leave a response. Pinging is currently not allowed.