Believe it or not but I have been looking forward to the school run since starting listening audiobooks while driving. My latest find is Legacy of Spies by John le Carré, a bestselling author for more than half a century, published by Penguin in unabridged, audiobook CD edition which can be a good Christmas gift for a mum who is spending an hour in the car every day taking children to school. It retails for nearly 20£ and is a really smart present for anyone who loves reading.

I have never been a big fan of spies movies and books, but my audiobook of Legacy of Spies is particularly well made as it is read by  Tom Hollander who starred in the recent TV serial The Night Manager also based on John le Carré’s novel of the same name.

I started being intrigued by  John le Carré after watching The Night Manager and I must admit I am getting quite into it now. 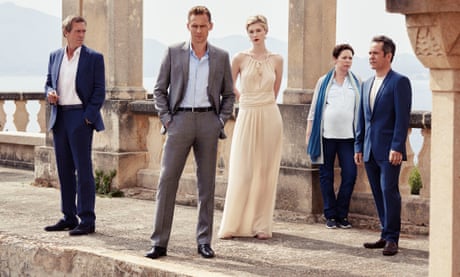 Peter Guillam, George Smiley’s former right-hand man at the British Secret Service, otherwise known as the Circus, has retired to his family farmstead on the south coast of bucolic Brittany when a letter from his old Service summons him to London. The reason? His Cold War past has come back to claim him. Intelligence operations that were once the toast of secret London are to be scrutinised by a generation with no memory of the Cold War. Somebody must be made to pay for innocent blood once spilt in the name of the greater good. Interweaving past with present so that each may tell its own story, John le Carré has given us a novel of superb and enduring quality.

John Le Carré’s Legacy of Spies seems like a closure story for his series, which are both entertaining as well as revealing the harsh truths about the world, especially those truths behind the facade of our day-to-day life. We know that there are secret services and the espionage forces working behind the scenes so that we can sleep soundly in our beds at night, but we never get to know how spies’ life really is. John Le Carré offers quite a good insight and a seasoned writer he has probably researched his stories very accurately.

A Legacy of Spies brings back John Le Carré’s world of espionage in a novel that shows that he still masters his art in full vigour. In a way it also shows the author’s desire for closing the circle of his long career. It is definitely a great read but it’s even better when it gets told by Tom Hollander whose voice is deep and relaxing.

This entry was posted on Tuesday, November 28th, 2017 at 11:11 am and is filed under Books. You can follow any responses to this entry through the RSS 2.0 feed. Both comments and pings are currently closed.