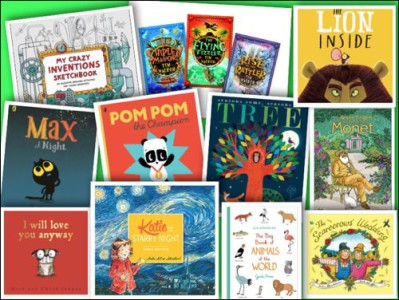 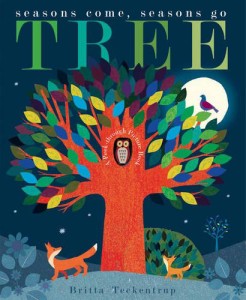 Austrian illustrator and author Britta Teckentrup together with Patricia Hegarty manage to create the magic of the seasonal changes in nature through cute and colourful drawings and windows that allow children to peek through and slowly discover new animals and plants at each page turn. I have never seen such ingeniously crafted die-cuts to bring a tree to life. Following the life-cycle of a tree through spring, summer, autumn and winter, children can easily learn to recognise the signs of the seasons with this simple yet striking picture book.

I will love you anyway (Hodder’s Children’s Books) 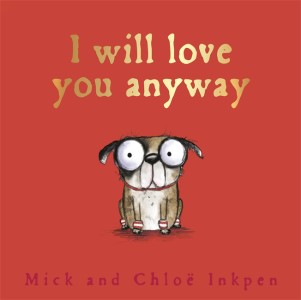 A funny, moving classic-in-the-making from the creators of Kipper and Zoe and Beans. It’s quite common for families to get a dog as a pet and soon realise that it is challenging to keep them without disrupting the family balance. But despite being often mistreated dogs remain loyal to their owners. It is important for children to know that dogs deserve to be treated with the same respect we reserve to humans. This is a very sweet book that we have already read many times and will become a classic read in our household.

Mick Inkpen is one of today’s most popular picture book author/illustrators and the famous creator of both Kipper and Wibbly Pig. Mick has won the Children’s Book Award for Threadbear and the British Book Award twice, for Penguin Small and Lullabyhullaballoo. Kipper won a BAFTA for Best Animated Film in 1998. It wasn’t until Mick became a father that he began his career in children’s books. Now father and daughter have come together for a unique and exciting picture book partnership. 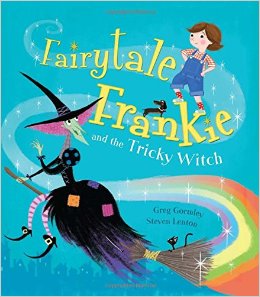 The story is quite original, refreshing tale of characters from another fairytale coming to a girl’s room to hide from a which while playing hide and seek. We love the illustrations too. 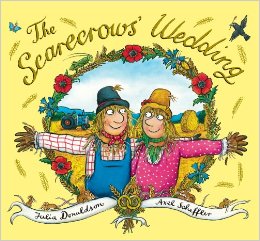 The Scarecrows’ Wedding  is already a classic tale by one of my favourite duo, Julia Donaldson (Author) and Axel Scheffler (Illustrator) who are the creators of THE GRUFFALO and STICK MAN. The rhyming pattern makes the story so musical and Scheffler’s artistic wizardry brings the characters to life almost dancing to Julia’s notes. 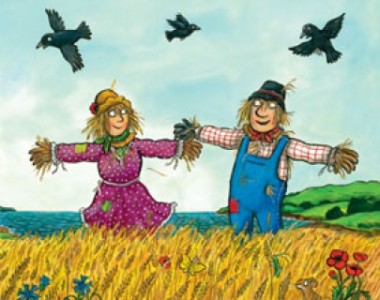 Harry and Betty are scarecrows in love and decide to marry. And like every couple, make a wedding list of what they’ll need. But when Harry must leave the farm to find some of their necessities, the farmer thinks he’s gone for good and makes a replacement. The Scarecrows’ Wedding is a fabulous love story, with drama, humour, originality – and a happy ending! 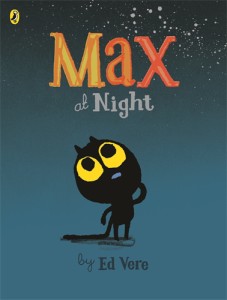 The main character is a Really sweet black cat who does not want to go to bed and starts saying goodnight to everybody and everything (yes you heard me right!) and looks for things to do other than sleep including searching for the moon. 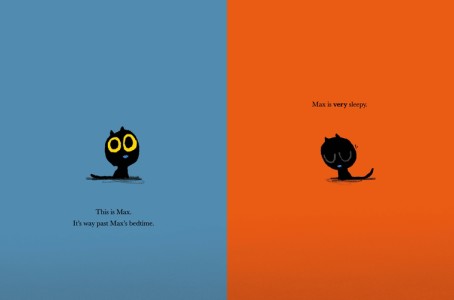 This is the recurring tale of what my son has been doing for the past 9 years before bedtime despite being very sleepy. 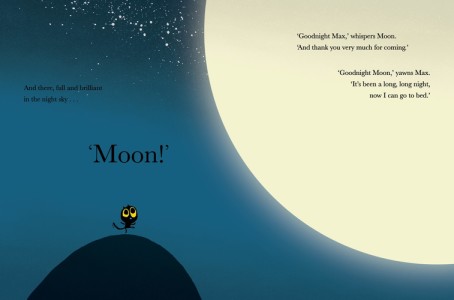 Every mum reading this story to her children will relate to it. My son Diego loved this book because he understood how disruptive he can be at bedtime. Well, the book has certainly come to good use and taught him a lesson.

The Lion Inside (Orchard Books) 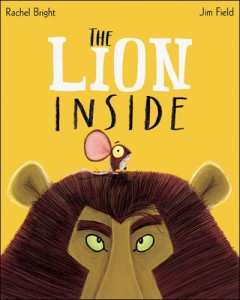 What do have The strong king of the jungle  and the little defenceless mouse in common?
We really loved this story. It gives and unusual perspective on being a small creature among big ones. 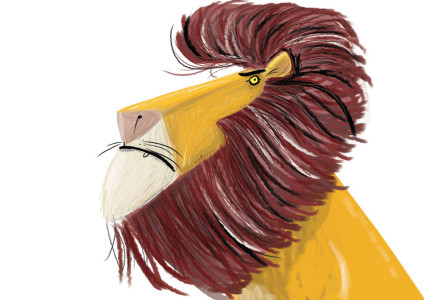 You can read it both literally as the story of a mouse who wants to learn how to roar as the lion to assert himself and being noticed or more metaphorically as the importance of using intelligence and not aggressive behaviour to overcome difficulties. Both ways kids will learn a great life lesson.

The Big Book of Animals of the World (Gecko Press) 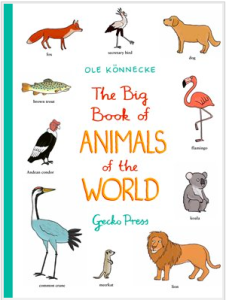 A large-format boardbook looking at the common—and uncommon—animals that live side-by-side all over the world. Each spread in this big boardbook focuses on a continent or ocean and features animals, landscapes, and plants unique to that part of the world. There are also multiple little stories hidden within the pictures, encouraging storytelling and further questions.

This book is most certainly the most comprehensive animal book for young readers and pre-schoolers too. 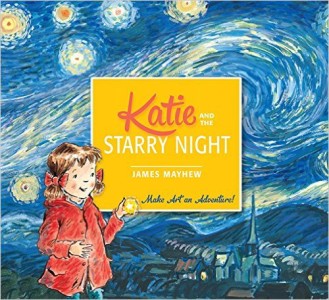 The Katie’s art stories are my favourite children’s books and often wish I had written them. Author and illustrator James Mayhew’s books have the rare quality of making classical pieces of art accessible and relevant to children. Katie and her adventures introduce young audiences to iconic paintings. 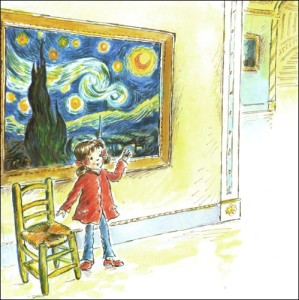 In Starry Night it is Van Gogh’s turn and the magic is all over the pages. Van Gogh loved to paint stars and did it over night too sometimes with a candle outdoor. This book is as charming as the original painting. 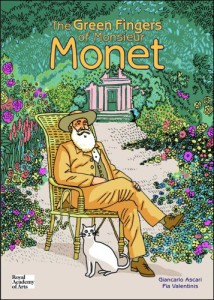 An enchanting book that introduces children to this most beloved of Impressionists and his amazing garden. This is the first children’s book published by the Royal Academy of Arts.

It tells the real story of painter gardener Monet who is not just known as one of the founders of the Impressionism movement but also as creator of the most beautiful garden ever in Giverny. 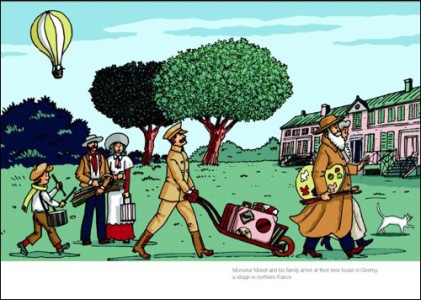 As a big fan of Monet and art in general I have always tried to instill the same passion for painting to my son and this book just makes it so much easier. 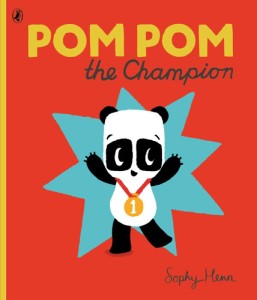 Pom Pom represents the typical toddler and school child who is very competitive (to say the least) and does not value friendships yet as high as winning or being the first at everything. But in the course of this story he understands the importance of having friends over winning on his own. 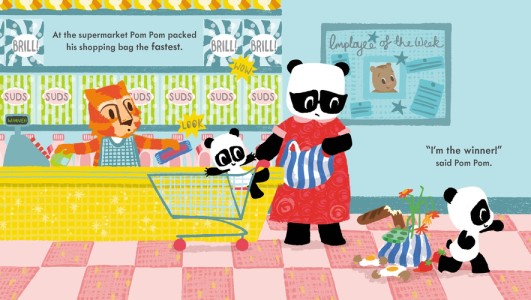 This book is well illustrated and simply put for all young readers to understand. As with all children’s books this one also teaches a life lesson which parents might also like to be reminded of. It’s a  follow-up story to ‘Pom Pom gets the grumps‘ which also resonates with all mums and dads of super competitive kids.

It won’t fail to bring a wry smile to your face if you have children. 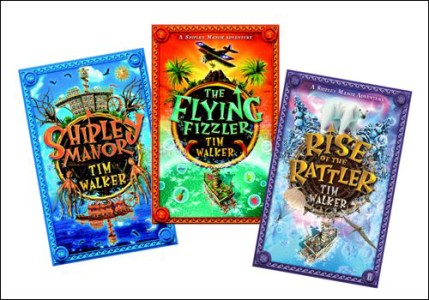 Tim Walker is the fine author who has created the Fizzle Trilogy (Shipley Manor, The Flying Fizzler, Rise of the Rattler), a very engaging series of children’s novels published by Faber & Faber, aimed at 8-12 year old children. The level of details bringing alive peculiar characters such as the Captain, his assistants as well as locations such as the Manor, remind me of JK Rowling’s storytelling style.

Walker’s Fizzle novels have the potential to be brought to the big screen and have a similar success to the Harry Potter stories. He just needs to meet the right Hollywood film producers.

The Fizzle Trilogy follows the exploits of Polly and Tom as they seek to unravel the mystery of a special, seemingly magical water known as the Fizzle. Their action-packed adventures, set first in Shipley Manor – the ship-shaped country house in which Polly lives – then in the Caribbean and finally the Arctic, see them overcome a host of evil villains and deadly perils as they draw ever closer to meeting the Fizzle’s creator, and discovering its true purpose.

Amid all the action the books provide food for thought on everything from greed and corruption to discrimination, nature conservation, self-sufficiency and climate change. 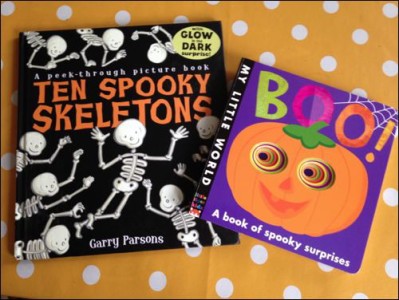 From 0 to 8 years old, Little Tiger Press are publishing three books this autumn, which are sure to provide hours of ghoulish fun for children everywhere. 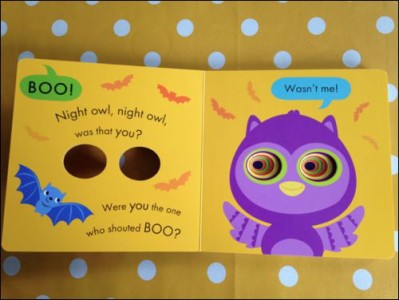 Join Pumpkin and his friends in this spooky game of peekaboo! Follow the rhyming story to find out who is playing Halloween tricks and planning a spooky surprise. 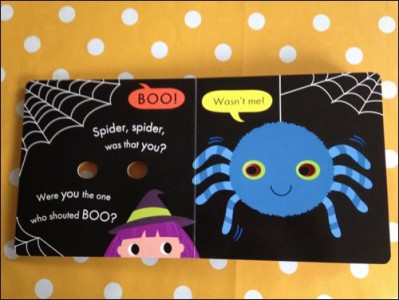 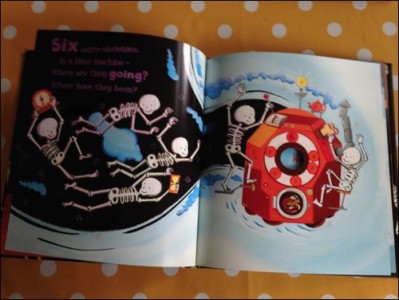 Join the skeletons as they go on a counting adventure in search of friends in this peek-through picture book from Garry Parsons, the illustrator of The Dinosaur That Pooped… series. Die-cut holes feature on each page to develop and continue the counting story and a glow in the dark cover, as well as surprise glow in the dark finale at the end of the story, adds a special touch to this spooky tale that children will love! Suitable for 3-5 years old children. 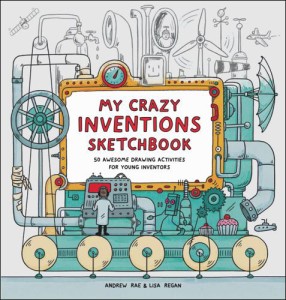 Andrew Rae’s wonderful illustrations bring to life My Crazy Inventions Sketchbook – a brilliant and bonkers sketchbook that is meant to inspire kids (and, why not, mums and dads) to get thinking about and creating their own wacky inventions, whilst learning about some that already exist. 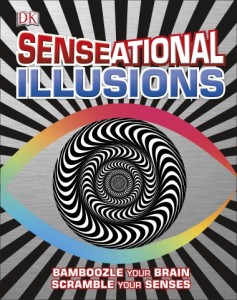 Senseational Illusions is a boardbook packed with tricks, challenges and illusions that put your five sense to the test, in ways you’ve never seen, heard, smelled, felt or tasted before.

See how optical illusions trick your eyes, feel your way around tactile mazes and test your hand-eye co-ordination with a 3D ball-bearing maze. Plus try out lots of other tricks, experiments and illusions.

The newest book in the award-winning Illusions series, including Optical Illusions and Mindbenders, packed with graphics, fact-boxes and interactive tricks and experiments to engage even the most reluctant readers. This book is not suitable for children under 8 years of age.

This entry was posted on Monday, September 21st, 2015 at 7:10 pm and is filed under Books. You can follow any responses to this entry through the RSS 2.0 feed. Both comments and pings are currently closed.