Today’s children are often bombarded with videos and cannot easily focus on reading a paper book. I have recently discovered the magic effect of audiobooks on my 10 year old son. Diego and I have been recently listening to The Railway Children a lot. This audio gave us the chance to talk about this classic novel in a new mature way considering the historical moment, the way children lived during the Edwardian era, comparing it to our modern life, and so on.

Audiobooks have traditionally been used with struggling readers or non-readers to help them to access literature and enjoy books. But they can equally be used with avid readers. I love paper books, for example, but I have now discovered the BBC audio for children’s classics and must say that they are very pleasant as they make difficult books so accessible. 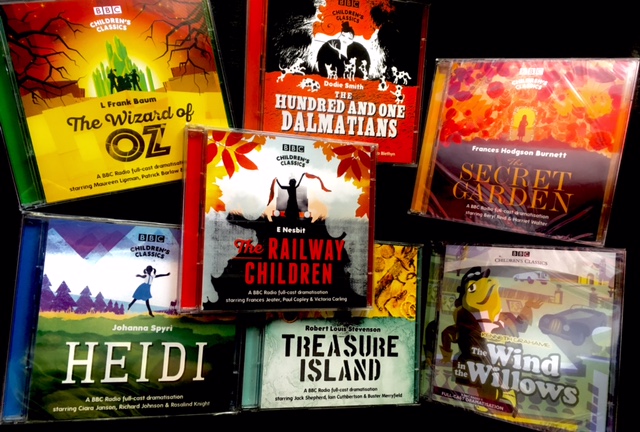 My son is soon starting secondary school without having read classic novels with some exceptions and only in easy readers’ texts versions (Black Beauty, 20,000 leagues beneath the sea, World travel in 80 days).

Although I like reading books on paper rather than on devices, I personally love listening to audiobooks.

Teachers would argue that it is not really reading but I’d argue that if reading means understanding the content of a story or the theme, then audiobooks certainly succeed in achieving this goal. Classic novels can be difficult for modern children due to the use of archaic language and the portrayal of unusual scenarios but they are incredibly important for our cultural baggage.

Audiobooks have the merit of making children understand the message in a book, encourage them to think critically about the content, using imagination and making connections among characters and plots. One of the merits of audiobooks is that through them kids can be introduced to books above their reading level and even to new genres that students might not otherwise consider. They are also quite useful to start discussions on various while commuting to events, after school plays and lessons, or on holiday.

The BBC Audio new and contemporary recordings of the children’s classics are very well made with full-cast radio adaptations that manage to bring the wonderful classic stories to life with a full soundscape and starring much-loved British actors.

Listen to excerpts here to get an idea:

My favourite ones from the  BBC Audio selection include:

The Wind In The Willows by Kenneth Grahame

The BBC Audio price range is reasonable with audiobooks in CD format for £10.99 and Digital download  for just £5/£6. Audiobooks last on average 2 hours approx so you can keep children busy over the holidays instead of watching TV or playing videogames.

This entry was posted on Sunday, July 23rd, 2017 at 11:05 am and is filed under Books. You can follow any responses to this entry through the RSS 2.0 feed. Both comments and pings are currently closed.