The charm of Venice is calling! Let’s be positive and book our tickets to Venice for an unforgettable trip this year. Let’s answer that call as soon as possible. I have been in Venice at least 30 times over my lifetime but I never get enough of its magic. The iconic buildings, waterways, masks that ‘flood’ the ‘vicoletti’ during the street carnival, and history of Venice are unlike any other you will ever get to see and experience anywhere in the world. And I have travelled a lot.

While there are so many different things to see in Venice, there are some that are absolute must-see attractions. If you are going on an Italy tour, and have only a day or two in Venice, mark your itinerary with destinations like Doge’s Palace, St. Mark’s Basilica, and St. Mark’s Square. 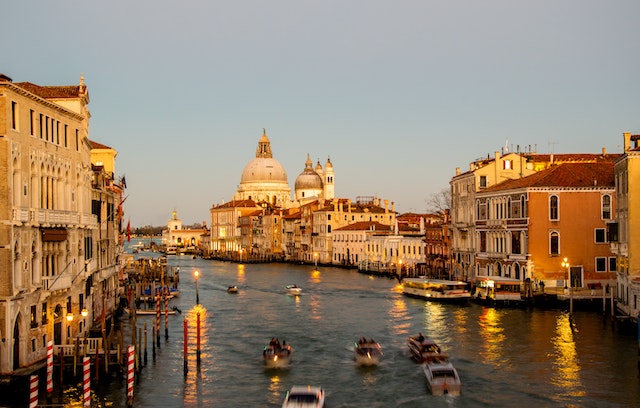 Photo by Dana Andreea on Unsplash

Ride a Vaporetto, or water taxi through the canals that wind through the islands that make up Venice and enjoy just being in this majestic, romantic city. 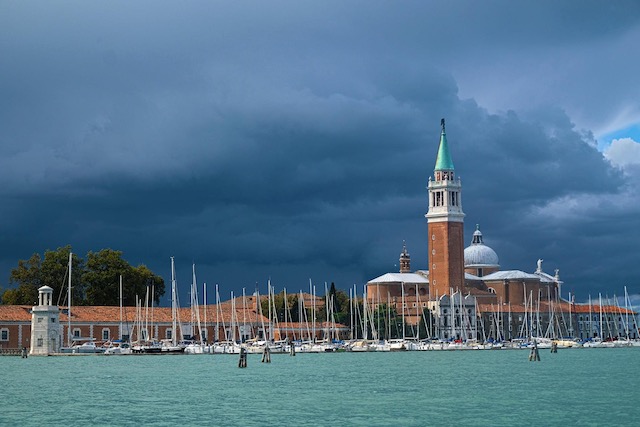 Drop your bags at a luggage locker in Venice and hit the streets for the vacation of a lifetime.

Located in St. Mark’s Square, this amazing, breathtaking church was built to honour the evangelist, St. Mark. Mainly comprised using Italo-Byzantine architecture, St. Mark’s Basilica is a must-see in Venice. A statue of St. Mark can be found in the centre gable of the church along with the iconic emblem of Venice, the lion with wings. There are four magnificent bronze horses that stand tall at the entrance and make a great backdrop for photos. 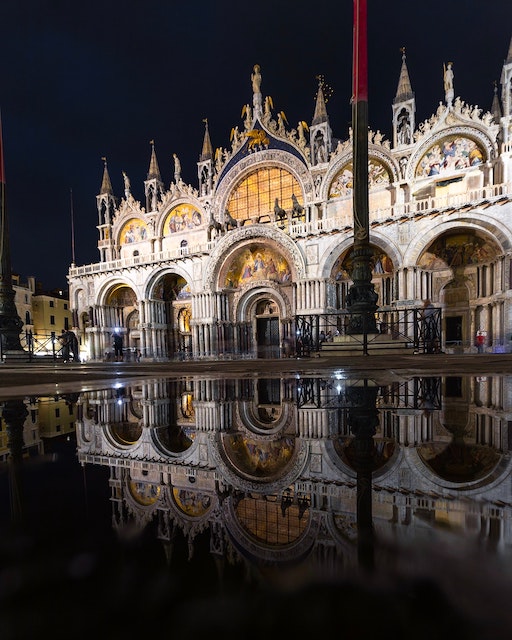 Photo by Trace Hudson from Pexels

Be sure to visit the high altar retable, the Pala d’Oro. It is one of the most iconic pieces of Byzantine enamel and has not just the front decorated, but also the back. Go online and make your reservations for a tour of St. Mark’s Basilica.

Also known as the Piazza San Marco, this is the main public square in Venice and is home to the breathtaking St. Mark’s Basilica. The square sits on the banks of the Grand Canal and is definitely a top must-see attraction in Venice.

Step aboard a Vaporetto, the public transportation or water taxi, and make your way down the Grand Canal to St. Mark’s Square.  While here check out Doge’s Palace, St. Mark’s Campanile, and of course, St. Mark’s Basilica.

Spend an afternoon exploring all the square has to offer, then hop aboard a Vaporetto or take a gondola ride and be serenaded by the gondolier as you float through the canals of Venice. 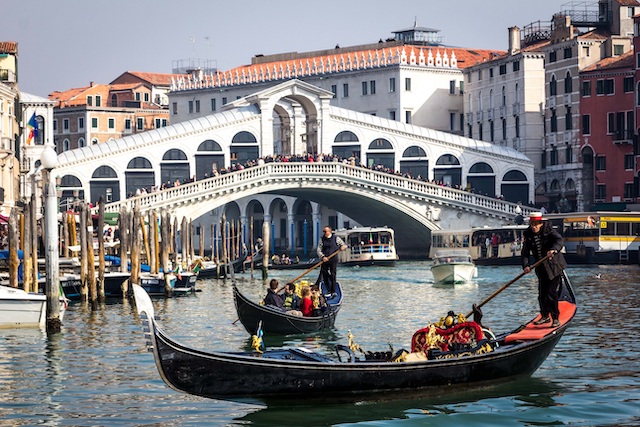 Venice only has four bridges that span the Grand Canal; the oldest is the Rialto Bridge. It was originally a pontoon bridge that was built in 1173. The Rialto Bridge has since been rebuilt and it is one of the best tourist attractions in Venice.

Stroll along the Rialto Bridge, snap a few social media-worthy photos, and meet other tourists along the way. Stand on the bridge and sunset and be amazed at the kaleidoscope of colours that bounce off the canal.

Built during the early 1600s, this magnificent white limestone bridge connected Doge’s Palace to its dungeons. The bridge is built over the Rio di Palazzo and is enclosed with stone bars on the windows.

Today, it connects the interrogation rooms at Doge’s Palace and the New Prison located above the old dungeons. It is believed the bridge was named after the sighs of the prisoners as they looked out the stone windows for the last time.

Venetians believe that if two people ride a gondola and kiss underneath the Bridge of Sighs, they will have eternal bliss. It is a popular place for couples to visit. Some love the history of the bridge while others are not as impressed with its architecture. 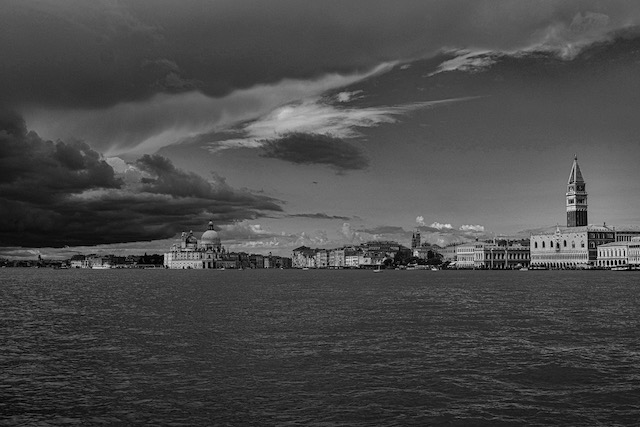 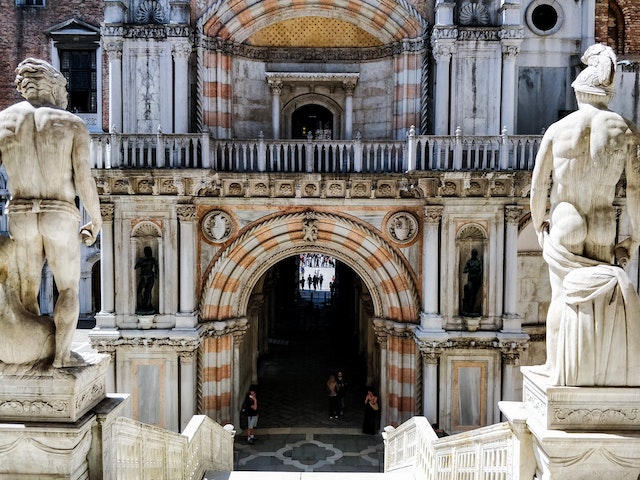 Photo by Oleksandr Zhabin on Unsplash

Aside from St. Mark’s Basilica, Doge’s Palace is one of the main attractions in Venice. Built in 1340, the palace was built as the main residence for the Doge of Venice who was the supreme authority during the former Republic.

The palace is now a museum and most of the interior remains unchanged from its days as the home of the Doge. The palace has also served as the seat of the Venetian government. Book your tickets online to skip the long lines.

Underneath the palace is a web of secret passages that lead to and from the dungeons. You can sign up for a tour that will take you down into the belly of the secret passages and listen to entrancing ghost stories or stay above ground for a more sedate tour.

St. Mark’s Campanile, or the Campanile di San Marco, is the bell tower of St. Mark’s Basilica. It was originally built during the early 1500s but collapsed in 1902. The bell tower was rebuilt in 1912 and stands over 320 feet tall.

Of the five bells in the tower, only one bell survived the collapse of 1902. Climb up St. Mark’s Campanile to the bell loggia and snap some amazing photos of Venice and the map of canals that connect the city.

Before climbing up the tower check out the original loggia built by Jacopo Sansovino, salvaged from the rubble. You can miss the big crowds by visiting during the early morning or late evening. 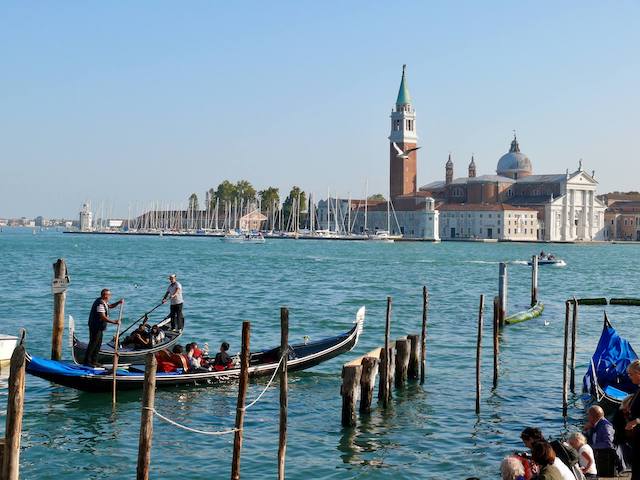 This two-mile canal is the main thoroughfare through Venice. It is one of the most photographed canals in Venice and is a popular place to catch a gondola. You can also hop on a Vaporetto, a public water taxi, to get from place to place.

Many of the must-see attractions in Venice are located along the Grand Canal, so grab a pass for the Vaporetto. Visit the different places along the way and not have to pay each time you board. 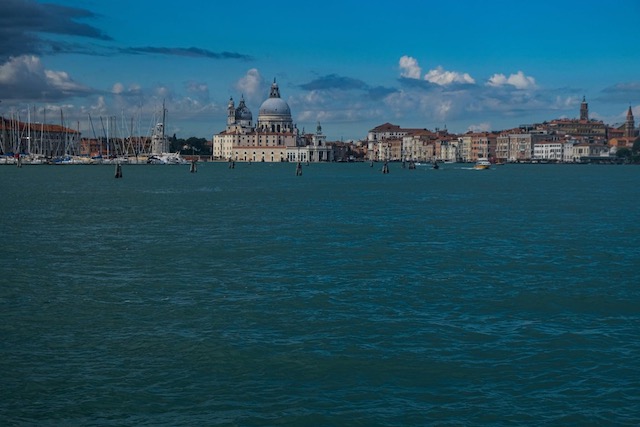 Step back in time and imagine Italian theatre, with its fantastic ornate fixtures and temperamental opera stars, as it was during the 18th and 19th centuries. The Teatro La Fenice is the most iconic Italian theatre and a must-see in Venice.

The opera house opened in 1792 and has since seen comebacks from three big fires that almost permanently closed the theatre. Wonderful performances are still held at Teatro La Fenice and so are guided tours during off-hours.

Before heading to Venice, set your itinerary to include the top 7 must-see attractions. Even if you are only in the city for a weekend, you can see the highlights! 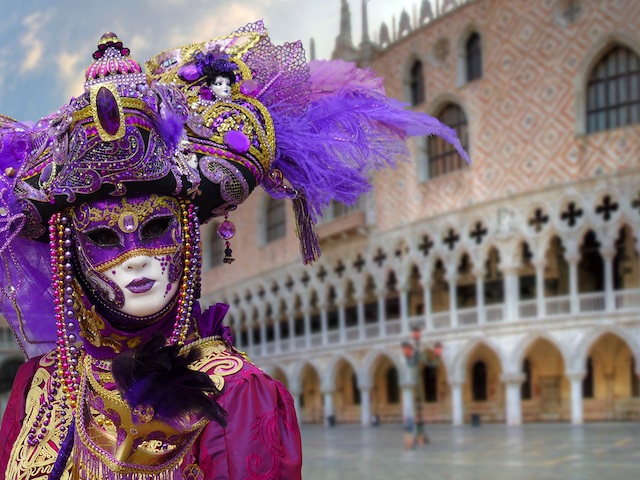 This entry was posted on Tuesday, January 5th, 2021 at 3:18 pm and is filed under Travel with kids. You can follow any responses to this entry through the RSS 2.0 feed. You can skip to the end and leave a response. Pinging is currently not allowed.