October half term is never been more fun than this year as we spent it on the Egyptian resort of Stella Gardens at Makadi Bay in Hurghada right on the Red Sea.

The resort and the reef 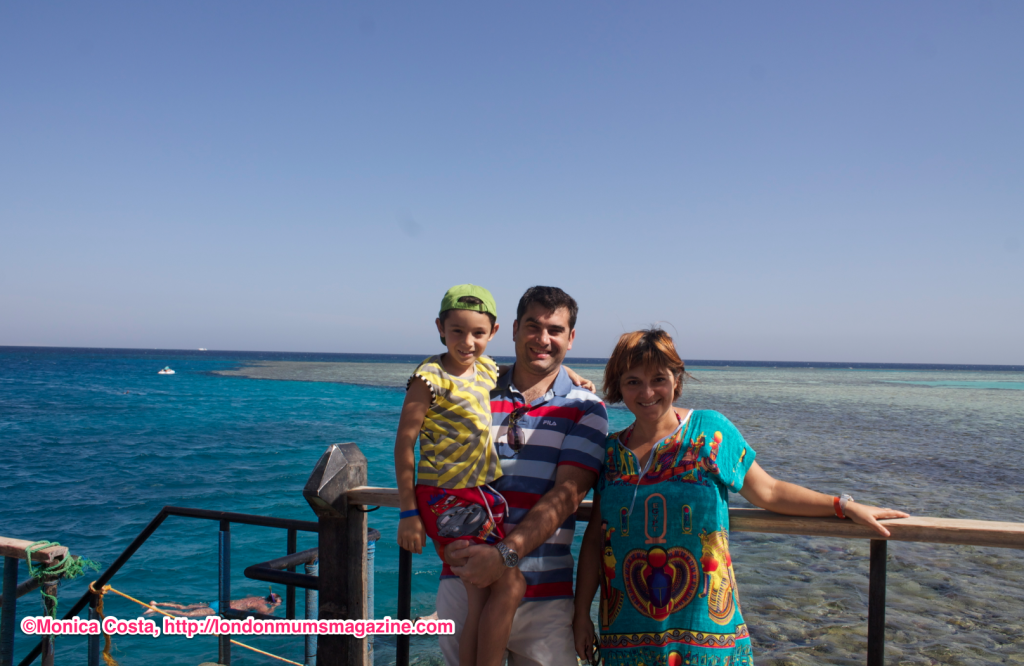 Stella Gardens is a very new and modern resort which is just 40 minutes drive from Hurghada airport (served daily by Easyjet). The flight lasts 5 hours and 20 minutes but when you leave cold and wet London and arrive at 30+ degrees Celsius of guaranteed sunshine you forget the in flight entertainment you need to provide for the kids.

The resort is beautifully located on a gorgeous part of a Red Sea bay called Makadi naturally protected from the strong wind that is so typical in Hurghada. It deserves its 5 stars for its seven swimming pools which are all very different from each other (one with two huge water slides, one with waves, one heated, a few with water massage facilities). 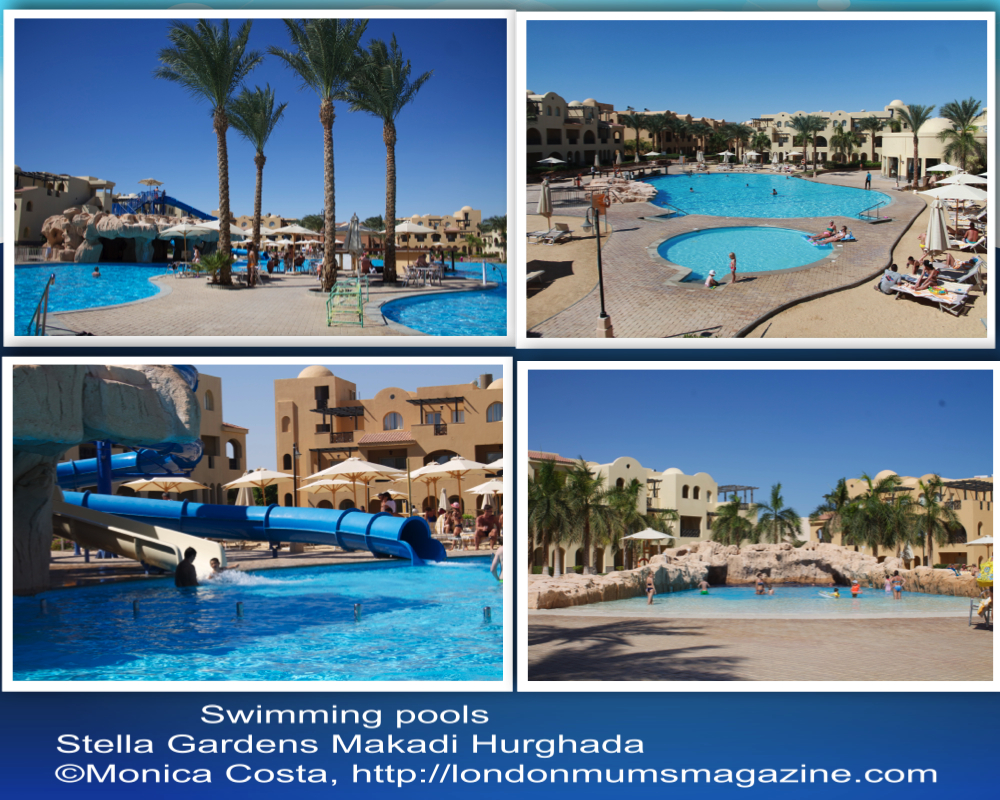 The rooms are very spacious and comfortable especially important if you travel with kids. The family bathroom has a big shower interconnected with a bath which is useful when you need to get ready for dinner.

The resort favourable position is 5 stars. The long bridge overlooking the coral reef is unique considering all resorts outside Stella Gardens are old, poor and have no coral reefs. Our 300 meters long bridge took us straight on top of an amazing part of the coral reef. The colourful fish living there was so varied and kids seemed to have the time of their life snorkelling safely around it. There were a few dangerous fishes on sight including the lion or scorpion fish, the moray, sting ray. Provided you don’t touch or molest them, they are harmless.

My 8 year old son was not a confident swimmer before this holiday but after six intense days of snorkelling he has lost any fear of water or sea animals. While at the beginning of the week it was difficult to keep him in the water for more than 10 minutes, at the end we could not get him out! We enjoyed long swimming sessions together for the first time in 7-20 metres deep water alongside each other watching colonies of clown fishes around their anemones and protecting their tiny eggs. It felt like experiencing Disney’s movie Finding Nemo in real life. Simply priceless! 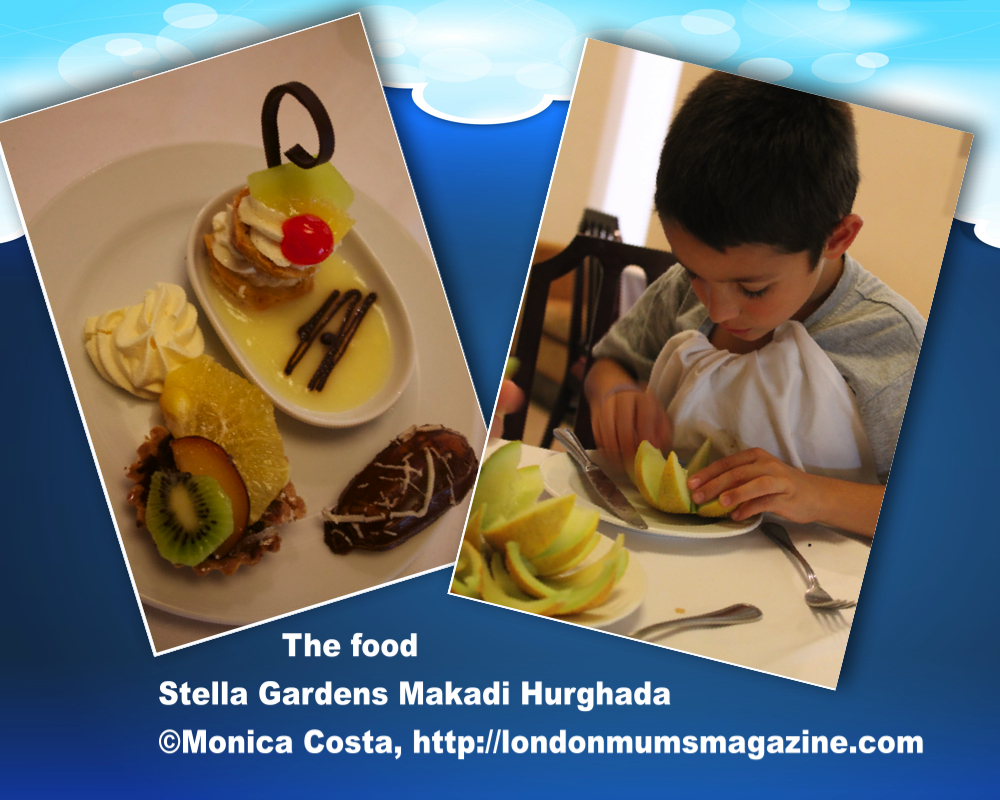 The coral reef snorkelling part of the holiday made up for some negative aspects.

First of all right at the beginning we all got food poisoning – a sort of 24 stomach bug including fever, diarrhoea and tummy cramps. It was simply awful and we thought we would never be able to enjoy our holiday!

We firmly believe that it was due to poor hygiene around the resort as we never left it and we started feeling sick after eating fish at the beach restaurant.

The food was overall not at the standard expected from a 5 star resort  – see my review of a real 5 star hotel in Lanzarote. Despite theming every dinner differently, the quality and the variety were fairly average if not poor. After a week of that food, we were fed up and started eating only fruit.

The buffet presentation was colourful but reasonably cheaply made. All sculptures in the buffet area were made with salt plasticine and quite pretty my son could have made at school. 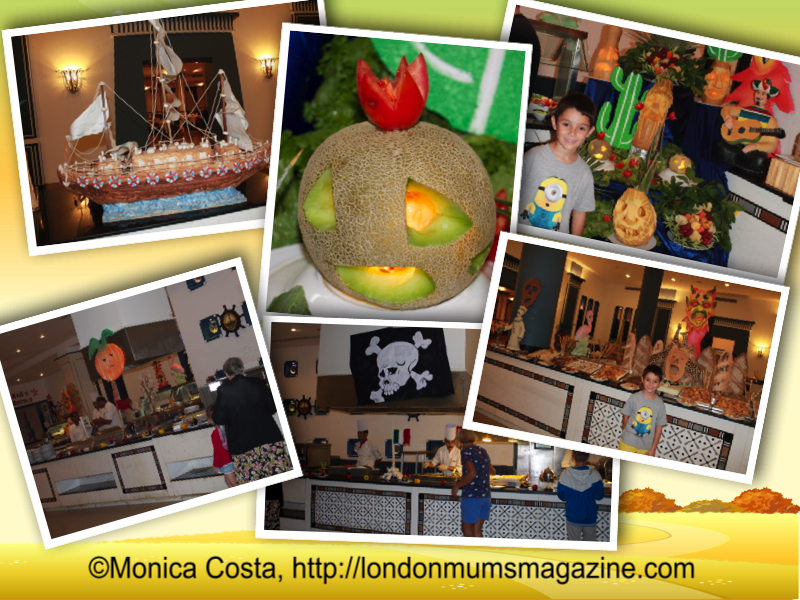 The Egyptian staff is friendly and helpful although it personally bothered me to see only male personnel. It felt sometimes weird to be surrounded by only male staff complimenting female customers and asking personal questions. I found this unprofessional.

Their language skills was average and often very poor but we managed – considering we used English, German and Italian languages to get understood, our effort was far bigger than theirs but this did not bother us at all.

I asked a friendly Egyptian shopkeeper why all hotel staff was male and he replied that it is because Egyptian husbands would be too jealous to leave their wives surrounded by foreign male tourists (who often travel to the region on their own)…. No comments!

From what I gathered by various Egyptians, the new government is accepted and seems good. People are happy now and the the country is at peace.

In Egypt Christians and Muslims live together peacefully although the law does not allow female Muslims to marry male Christians.

At 4.30am every day I was woken up by the local Muslim praying chants calling people to the morning prayer via a megaphone. I was quite annoyed by it at first but then a kind Egyptian salesman explained that this routine is important to lead a healthy life so it all made sense and I stopped complaining about it.

Muslims have a deep sense of duty when it comes to religion and morals. This us not a bad thing if it does not turn into fanaticism.

Animation and entertainment at Stella Gardens and Stella Beach resorts 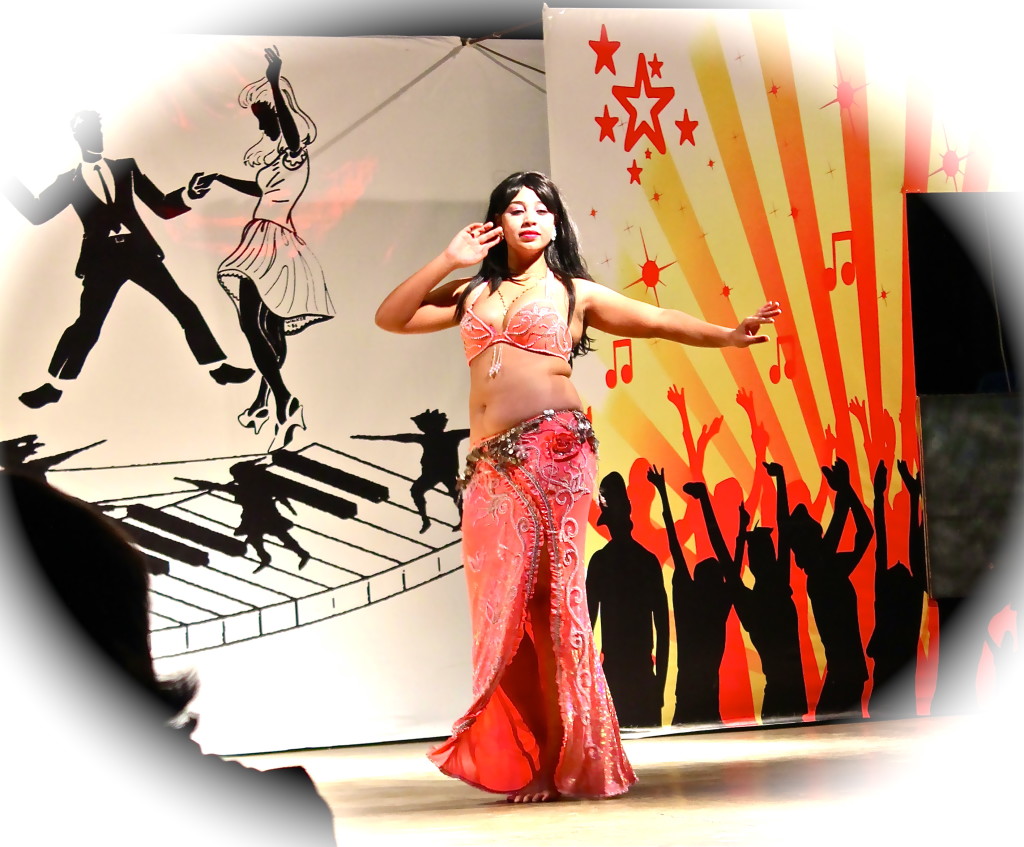 Both resorts are connected as part of the same chain and guests can freely use all facilities including all buffet restaurants as well as unlimited food and drinks from 7,30am to 11,30am.

The animation teams were active and organised volley and football tournaments, water gym, stretching every day.

The evening entertainment was quite poor (not 5 star value).

The kids club was available but not really actively supporting parents.

The ONE thing that really annoyed us was the pestering salesmen constantly selling of extra activities (not included in the resort package) while relaxing on the beach. Absolutely awful! It should not be allowed in a 5 star resort! 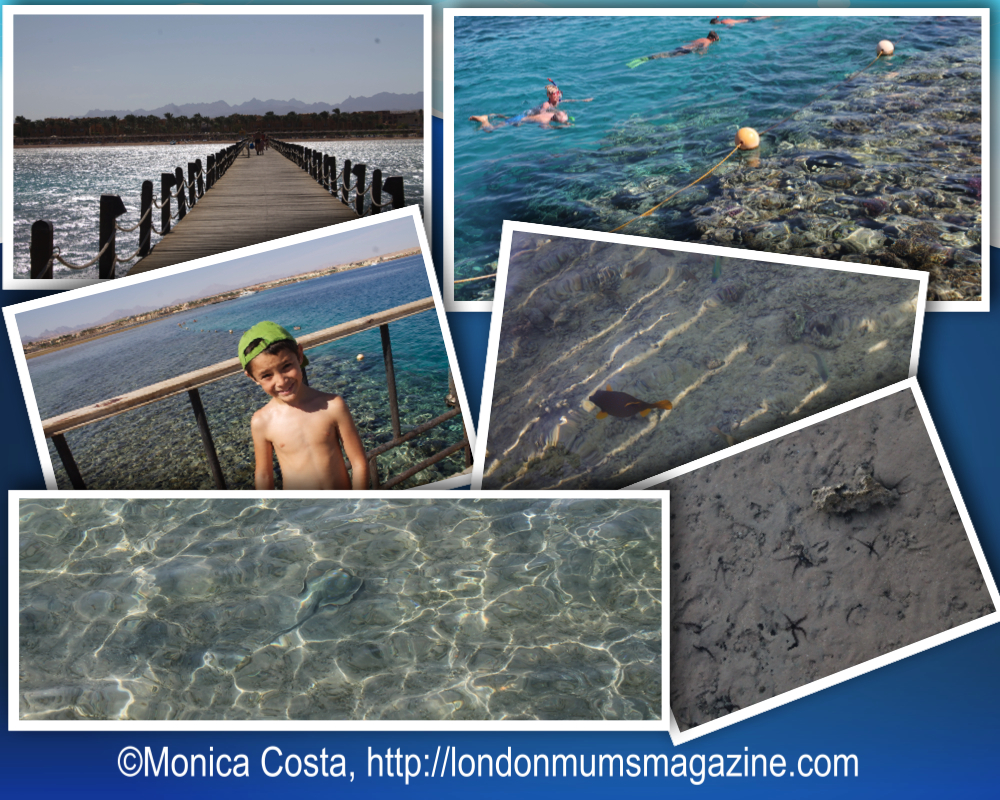 Overall the trip was great but 90% of our satisfaction comes from the fun we had snorkelling around the wonderful and still intact Coral Reef and exploring the natural beauty of the resort which is unrivalled in the whole Makadi Bay.

This entry was posted on Thursday, November 6th, 2014 at 11:40 am and is filed under Travel with kids. You can follow any responses to this entry through the RSS 2.0 feed. Both comments and pings are currently closed.