Parma is one of the prettiest Italian towns, and proud of its beauty made of elegant, well-kept streets and buildings. During last half term week while I was staying at my mum’s house in Bologna, I took the train to meet a friend from Milan mid way in Parma (located in Emilia Romagna in Northern Italy). We spent the day walking around without much planning but instead following the natural pace of the calm town and enjoying the relaxed atmosphere. 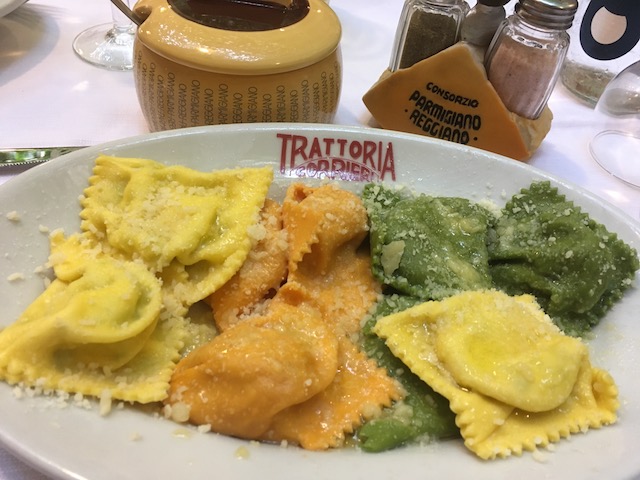 The first visit to Parma is out of curiosity or by chance. The following visits are out of sheer love for the town. It is impossible to resist the Parmense joie de vivre and sensuality which satisfies all senses. It is no coincidence that Parma is the capital of great music – the world’s greatest opera composer, Giuseppe Verdi, was born here – and delicious iconic food and wine – think of Parmigiano Reggiano, prosciutto di Parma which are renowned all over the globe. 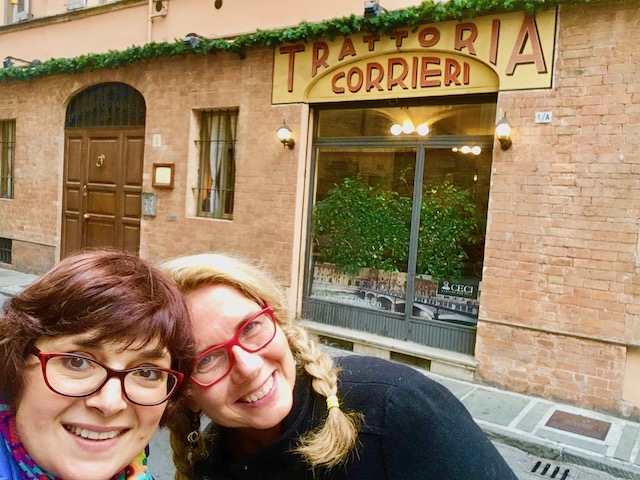 My friend and I could not avoid stopping at one of Parma’s typical trattoria (local restaurant) called I Corrieri (literally the couriers) where we ate local specialties: 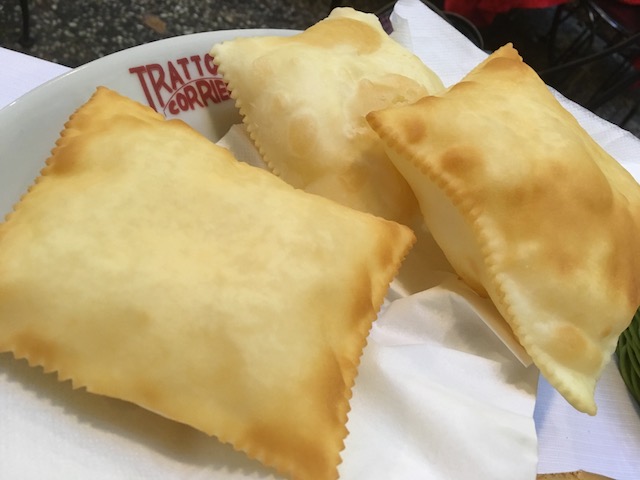 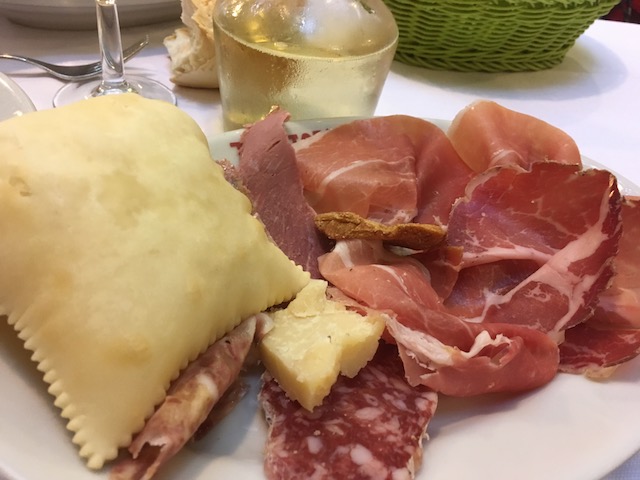 followed by tris di tortelli – three types of tortelli fresh pasta (with erbette, zucca / pumpkin, patate/ potatoes), and a dessert of sbrisolona with zabaglione sauce (made with egg and Marsala wine). 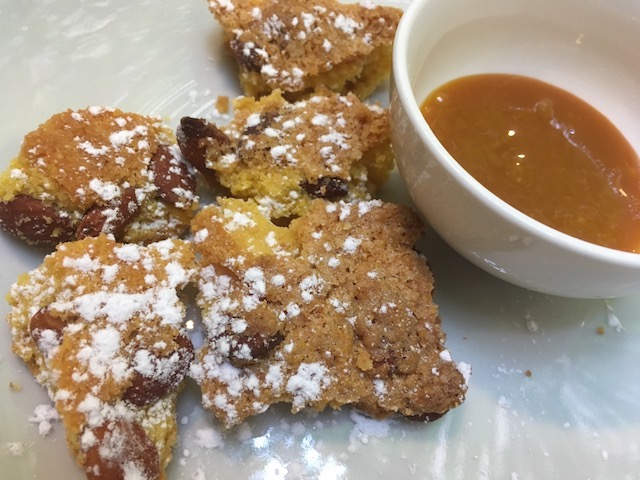 We drunk the local wine (vino della casa) which was so good and fresh that you could taste the grapes. 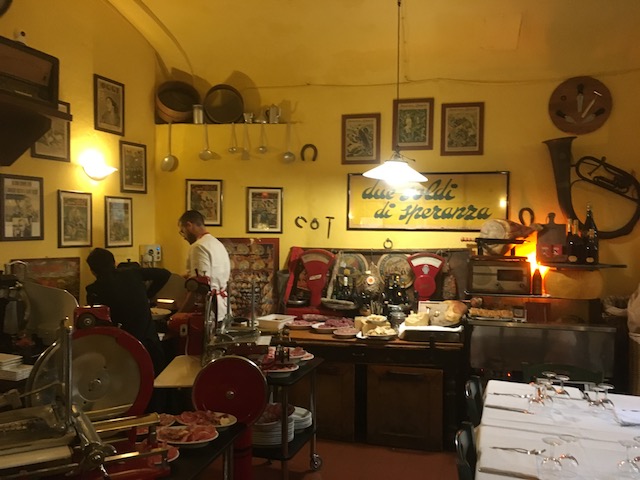 Needless to say that the stop at the restaurant was the main attraction of the day. The restaurant itself was very typical and attracted lots of Italians dining out for Sunday lunch. 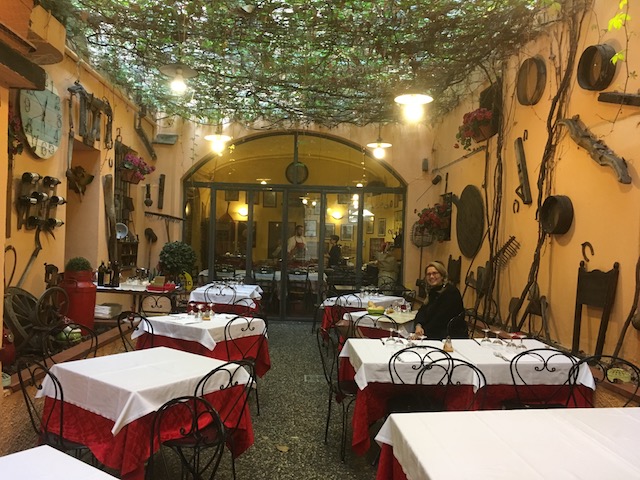 Of course if it’s full of locals, a restaurant for me is a winner. Our meal cost 25 euros each which is not cheap but considering the quality of the food and drink it was worth it. 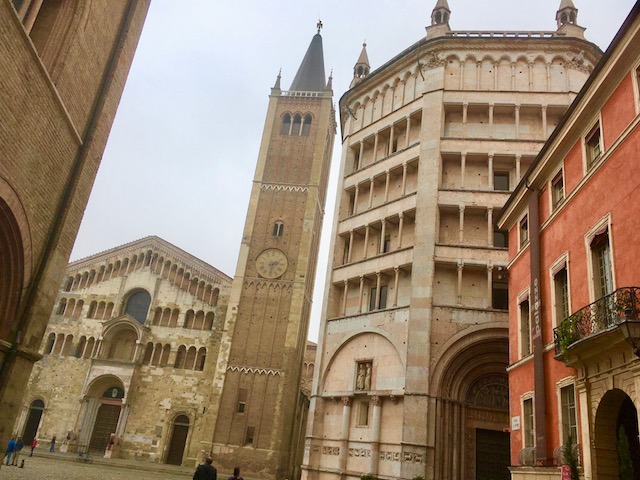 To burn the calories off, we walked through the city centre and saw various monuments. 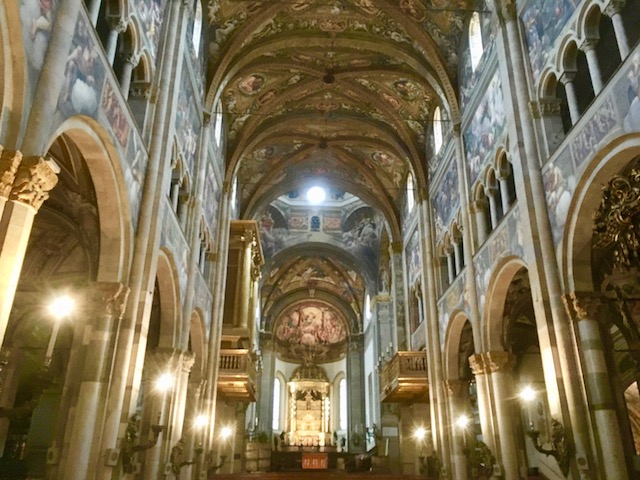 In The medieval Piazza Duomo we visited one of the greatest Romanesque cathedrals in Italy (1059). It is noted for its classic gable facade, double loggia and its dome, representing angels and archangels floating up in dazzling light and swirling clouds, frescoed by Correggio between 1526 and 1530. 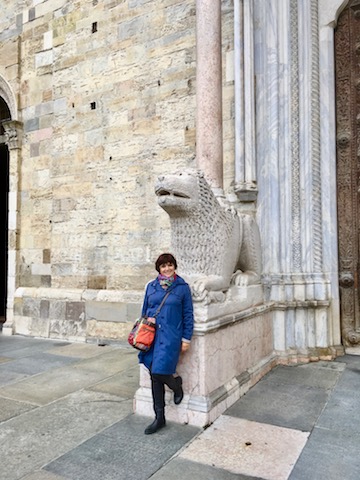 The other eye-catching building in Piazza Duomo is the baptistery, the work of the most brilliant sculptor and architect of the Middle Ages, Benedetto Antelami. 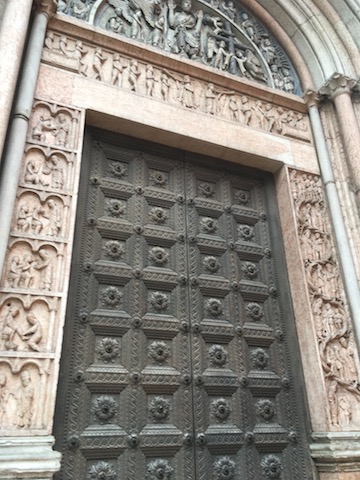 This distinctive Romanesque octagonal building anticipates Gothic proportions as it is taller than it is large. 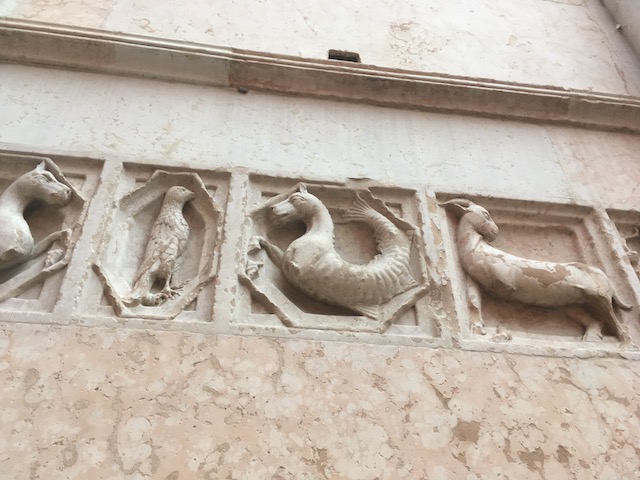 But that’s not all! It’s difficult to miss the Teatro Regio, the ‘home’ of Giuseppe Verdi and his great opera performances. 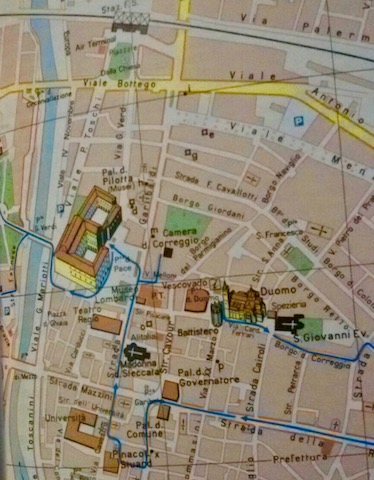 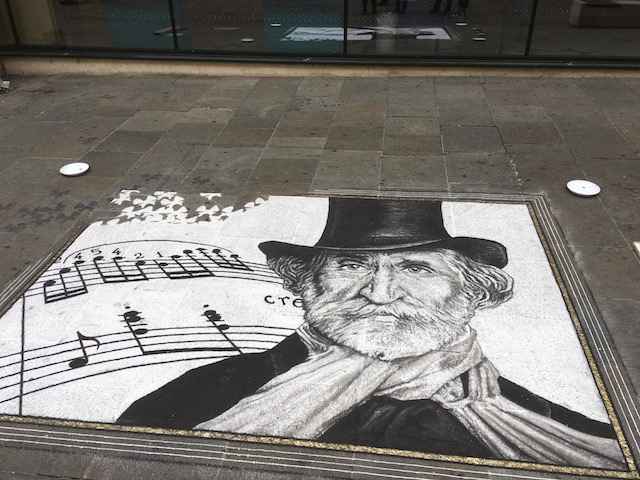 Parma abroad is mainly known for being the capital of the Italian ‘food valley’, the home of good cuisine and excellent wines. Its most famous products are prosciutto di Parma ham, Parmigiano Reggiano cheese, Culatello (a special kind of ham) di zibello, Salame di Felino, the renowned Boletus mushrooms (porcini) from the Taro Valley. 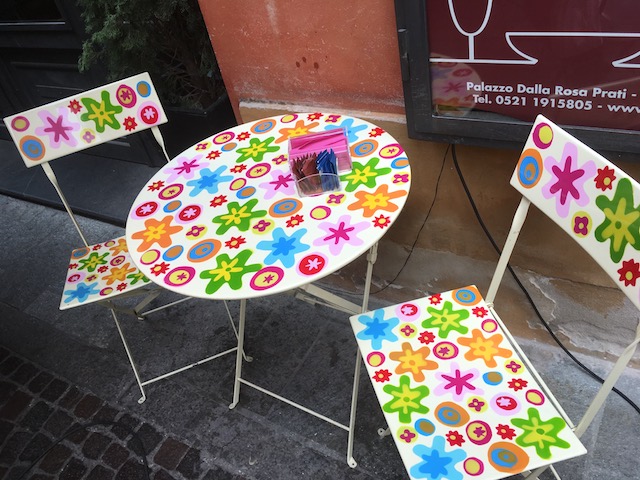 There are so many local products and dishes that it is impossible to give a full list of them here, but typical menus include several shapes of pasta or rice with savoury fillings (anolini, tortelli with a beet or pumpkin filling), meat (stew, boiled meat, and ground horse meat), and various desserts with a distinctive French and Austrian influence. 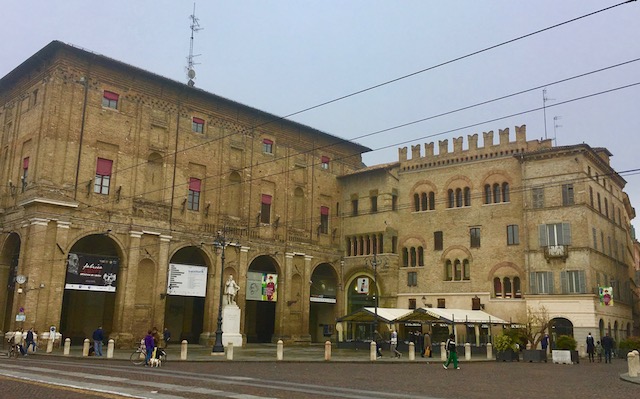 I suppose my next visit will happen again soon.

Check out our travel features here.

You can also enter our fantastic competitions from our special giveaway section.

This entry was posted on Thursday, November 16th, 2017 at 11:02 am and is filed under Travel with kids. You can follow any responses to this entry through the RSS 2.0 feed. Both comments and pings are currently closed.