My name is Hari Tamang. I am 21 and I am a student at United World College (UWC) Red Cross Nordic (RCN). In this blog I recount my recent expedition to the Arctic as part of a think-tank of 100 individuals tasked with discussing technology, sustainability and ethics in the Earth’s northernmost region. UWC Red Cross Nordic is one of UWC’s 17 schools and colleges on four continents, with a mission to “make education a force to unite people, nations and cultures for peace and sustainability.”  I hope you enjoy my adventure. 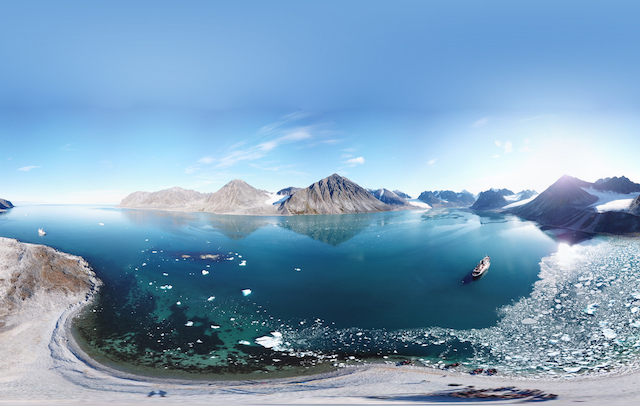 There are trips, and then there are the trips that change you. I applied for the expedition through the UWC RCN homepage last term and did not expect to be in the Arctic with 100 brilliant people (young and old) from all sectors and all continents, just a few months later. But that’s exactly where I ended up – I spent four days on a veteran ship, undisturbed by the outside world, with no WiFi or cellular coverage. Together, we explored our Arctic surroundings and engaged in discussions about the most important challenges of our time, such as: ‘How does tech affect democracy and the distribution of power?’, ‘How do we meet the blurring divisions between man and machine?’, ‘What are the consequences of bioengineering?’, ‘Should there be restrictions on AI?’ and ‘How can we prepare our children for the future instead of the past?’ The trip was organised by FutureTalks, a social organisation connecting youths and leading initiatives focused on the future of humanity. 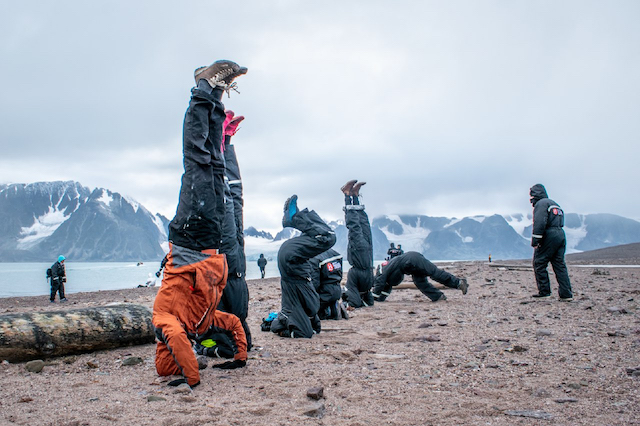 Before flying to Svalbard (situated between mainland Norway and the North Pole), I gave a speech at an introductory conference (FutureTalks Oslo) The topic was education and learning experiences within, and outside of, formal education. I spoke in conjunction with Christopher Schräder, Fellow of the Royal Geographical Society, and Emma Stoks, from Operation Education. In addition, world famous architect Bjarke Ingels and Westworld-creator Jonah Nolan discussed the topics of man, machine and design. Tina Kulow (Director of Corporate Communications Facebook), Katharina Borchert (Chief Innovation Officer at Mozilla) and Michael Geer (Chief Strategy Officer, AnchorFree) discussed the polarisation of social media, the power of groupthink, and its effects on democracy and elections. I met a family that sold everything to live with native tribes, and heard about the latest findings in the Science of Happiness from Oxford professor and economist Jan-Emmanuel De Neve – just to mention a few of the great discussions. 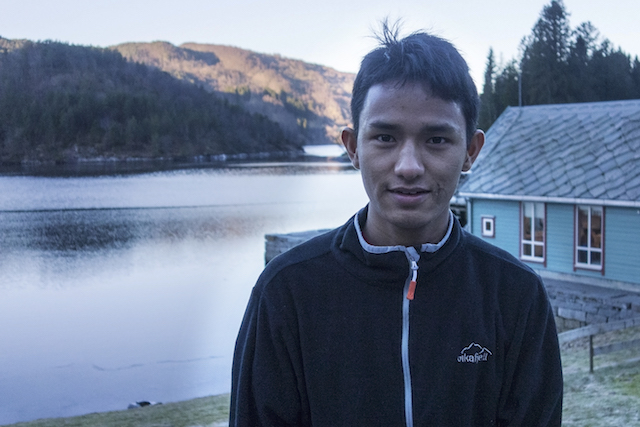 The Arctic expedition was a truly amazing trip; the important discussions continued while we viewed polar bears from the top of the ship as well as dolphins and whales jumping outside the ship windows. We listened to a presentation on how earth took form, which stimulated thought about how all living creatures are connected with each other. We learnt about Russian history, with Svalbard as a starting point, as well as the history of whales. It was saddening to hear that every day we are losing a number of species. We also talked about our diets and evaluated vegan, vegetarian and non-vegetarian approaches. It was rewarding to engage with experts in the growing field of artificial intelligence and discuss the impacts it may have on us and whether it should be restricted. I still cannot believe that I swam across the 80th degree at +4°C temperatures like a polar bear; kayaked on the North Pole across pieces of ice; observed glaciers falling down and engaged in discussions about how we can bring about inner peace.

Was it all peace and serenity? Well, we did find pieces of plastic on the North Pole, which was a shock for everyone. In a speech, the director of a European research centre said that every year 400 metres of ice disappears from behind the research stations in Ny-Ålesund, Svalbard due to temperature rises. Carbon dioxide levels in the air are at their highest in 650,000 years. Seventeen of the warmest years on record have occurred since 2001. In 2012, Arctic summer sea ice shrank to the lowest extent on record. The global average sea level has risen nearly 178 mm over the past 100 years. This summer, all-time heat records were set all over the world. Extreme weather is becoming even more extreme. In the Arctic, we were 4 km into what just a couple of years earlier would have been a glacier but is now open water. Climate change is real, it’s happening faster and faster and it is irreversibly changing our world. This means our actions must be faster. While climate change is getting worse, this trip and its participants gave me hope.

In order to impact real change, we should not ask ourselves who we do things for, but rather who we do things with. It’s about getting everyone on board (pun intended) this shared mission by creating inclusive and cross-sector movements. Climate change (or any other issue) is not solved in silos. It can’t be solved by politicians, scientists, civil society, activists or business leaders working separately. FutureTalks brought together people from all sectors, ages, and continents to engage in the most important discussions of our time. I look forward to many more inter-generational, cross-sectoral and inter-cultural discussions with the FutureTalks community. With data, new technology, economic models, education, and movement-building, we can accelerate climate action. But most of all, by getting everyone on board.

This entry was posted on Saturday, September 29th, 2018 at 10:10 am and is filed under Travel with kids. You can follow any responses to this entry through the RSS 2.0 feed. Both comments and pings are currently closed.