How to spend 24 hours in Disney World

Remember the famous Disney World TV advert, where children and adults stayed up all night before heading to the world famous theme park? Well, on the 24th May 2013, Disney World in Orlando is making that dream a reality by opening the resort for 24 hours straight. Marking the release of new film Monster’s University and the start of Memorial Weekend in the USA, families are promised a theme park marathon like no other. At no extra cost, the gates will be open from 6am on the 24th until 6am on the 25th May 2013. 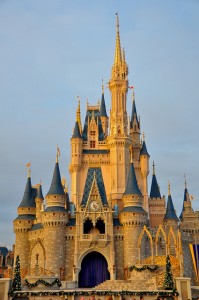 But how do you spend 24 hours in the resort? We’ve come up with some ideas to stop over-excitement leading to dosing off on the Pirates of the Caribbean boat ride, or worse, falling asleep at the top of Space Mountain!

The magic begins at sunrise

Activity: As the first visitors of the day head for the Magic Kingdom, it’s the perfect time to explore the park without the hassle of queuing. Make the most of this and head straight towards some of Disney’s most popular rides. Climb the 180 foot Space Mountain or jump on the flumes of the Splash Mountain log boat ride.

Don’t miss: Sorcerers of the Magic Kingdom, a new role-playing adventure for 2013, where guests get the chance to defeat Disney villains from attacking the Magic Kingdom with the help of enchanted keys and spell cards.

Tip: For a convenient hotel just one mile from Disney World, the Worldgate Resort Hotel ensures that you’ll be based close to the action.

Mid-morning in the park 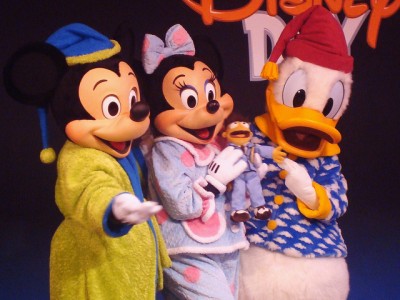 Activity: Grab a quick bite to eat at Gaston’s Tavern. This popular lunchtime hotspot offers a varied menu, including magic potions that the kids will love. Enjoy a goblet of LeFou’s Brew, made from frozen apple juice, mango foam and topped with toasted marshmallow.

Don’t miss: The Celebrate a Dream Come True day parade at 3pm takes place at the foot of the iconic fairy-tale fortress, with processions of Disney characters, huge floats and, of course, music from your favourite films sweeping down Main Street.

Tip: Crowds are expected to be at near capacity from early evening into the night, so make sure you’re there from the start to grab a good spot.

Excitement of the afternoon

Activity: Enjoy down-time on quieter rides in the afternoon. Listen to soothing fairy-tale music on the It’s a Small World or Under the Sea – Journey of the Little Mermaid rides, in order to re-charge your batteries for the long night ahead. 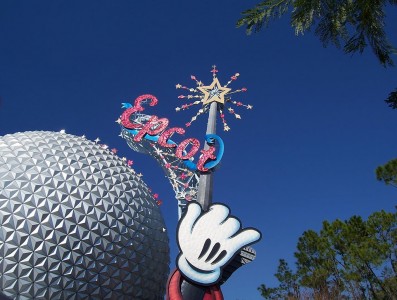 Don’t miss: Enjoy a French-style meal at ‘Be Our Guest’, one of Disney Worlds’ most lavish restaurants, located at the Beast’s Castle in Fantasyland. The adults will be glad to hear this was one of the first places to sell alcohol in Disney World.

Peak of the day

Activity: The evening parades begin as the sun sets over Cinderella Castle, starting with the Main Street Electrical Parade, an extravagant display of LED lights, special effects and tunes. To follow this at 10pm is the Wishes Night-time Spectacular firework display, presenting the biggest, boldest and brightest fireworks that the resort has to offer. 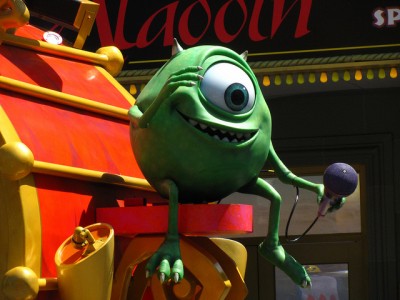 Don’t miss: Dance the night away at the courtyard of Cinderella’s Theatre, transformed with bright lights and live bands. Or join Monsters Inc and Star Wars characters on the dance floor at the Tomorrowland terrace, Tomasina.

Tips: The Downtown Disney District, near the ESPN zone, hosts outdoor entertainment with music from 11pm- 4am.

Activity: It’s now the last hurdle of the Disney Marathon, with just one final push until the 6 am finish line is in sight. Wake yourself up with a ride on a rollercoaster to get your blood pumping. Also supporting this monster event will be the Disney mascots, Mike and Sully, who will keep spirits high.

Don’t miss: For an encounter with your favourite characters in their pyjamas, head to Town Square during the late evening to join the Disney Pyjama Party. The overall buzz of guests and workers will keep you wide awake until the sun comes up!

Tips: Exclusive food in the theme of the Monstrous Summer Marathon event will be available throughout the 24 hour event.

If you make it to the end, you have officially conquered the 24 hour Disney event. Now head back to bed for a quick nap – the park will re-open again for regular park hours (9am) on the 25th May. Phew!

So there you have it, a few simple suggestions to beat the tiredness away and win gold at the ultimate Disney marathon of the year. After all, it’s not called the ‘Monstrous Summer All Nighter’ for nothing! Visit lowcostholidays.com for more information on visiting Orlando.

Tags:  travel travel with children
This entry was posted on Friday, May 17th, 2013 at 9:00 am and is filed under Travel with kids. You can follow any responses to this entry through the RSS 2.0 feed. You can leave a response, or trackback from your own site.