When a group of children were asked to design the suitcases of the future by travel experts HolidayGems.co.uk, we weren’t quite ready for the imaginative and enterprising results.

From integrated netball poles to mini chocolate refrigerators, dinosaur-feeding pouches to automated first class upgrades, we’ve seen a glimpse of the future… and we think we like it! 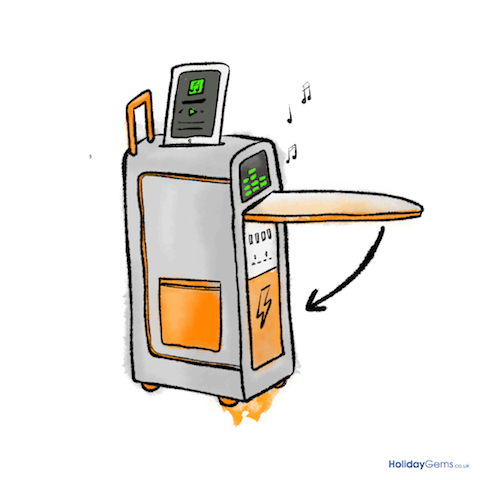 “A case with a pull out ironing board with an ipad mount, underneath there would be somewhere to charge all your devices and somewhere to plug your music into” 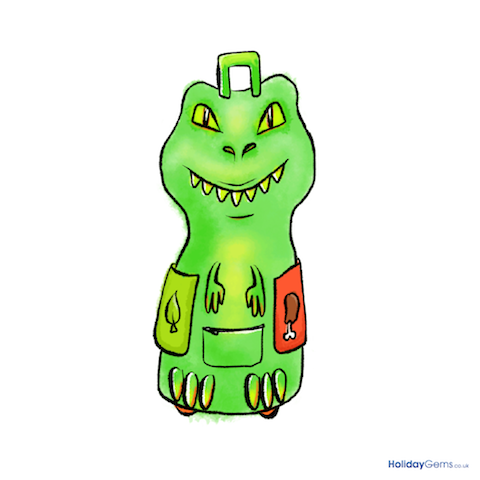 “A suitcase with small compartments for dinosaurs, one compartment green and the other one red for the meat eaters. He would want it in the shape or a T. Rex” 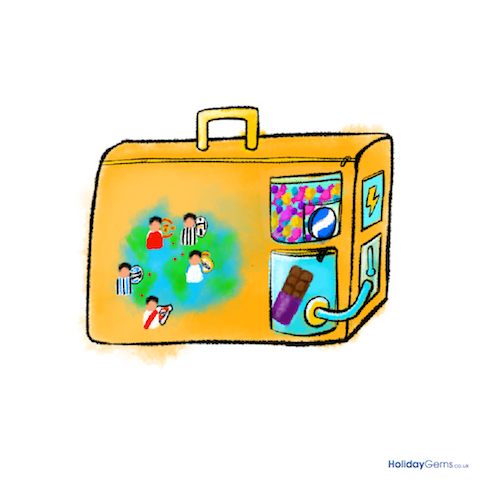 “A case covered in world class footballers with dots linking them from their clubs to the country they’re from. Inside he would like pockets for sweets, one pocket that would keep chocolate from melting, a pocket that he could plug his ipad into and somewhere to put all his hair wax” 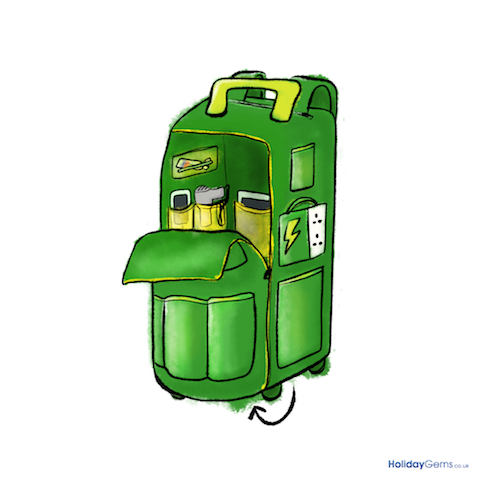 “Charlie said he’d like a case that he could customise inside for all of his electrical, loads of compartments with charger for them all. He said he wanted foldy wheels and be able to change it into a back pack so he could take it to more places” 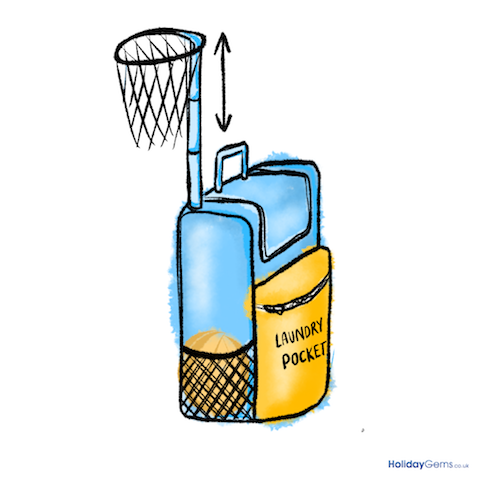 “A bag with a pull out extendable pole for netball, the pole could also be the net for other sports. A place in the bag that could come off as a smaller bag to take off so she could put her dirty washing”

“Shape of millennium falcon and will have an xbox1 with all games oh and he says it would have the power to turn economy seat into first class.” 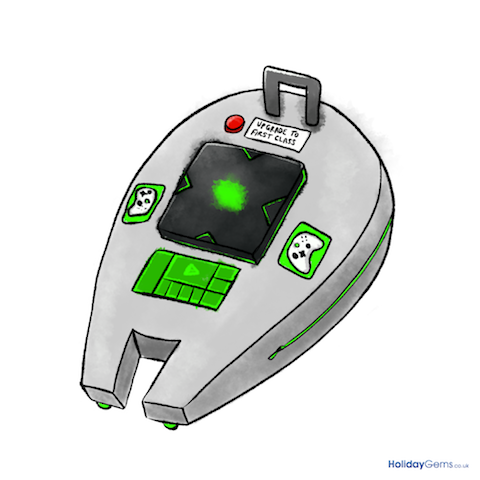 This entry was posted on Wednesday, September 27th, 2017 at 2:31 pm and is filed under Travel with kids. You can follow any responses to this entry through the RSS 2.0 feed. Both comments and pings are currently closed.