As Freshers’ Week (an annual festival to launch students into university life), run by all the student organisations on campus kicks off across the country, it marks the beginning of a new chapter in many young peoples’ lives, and most importantly, a new student finance system for English Universities. 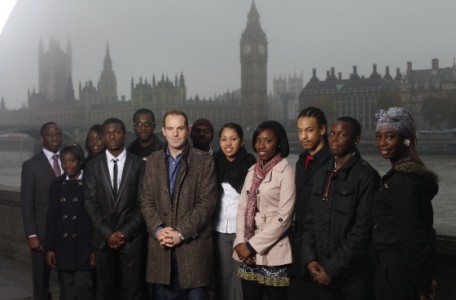 Student Finance Day (20 September 2012) is the focal point for the media and the education sector to talk clearly about the new student finance system in England – and dispel some of the myths and misunderstandings out there, particularly for parents of prospective students. The Independent Taskforce on Student Finance Information (headed by Martin Lewis of MoneySavingExpert.com and who co-ordinate Student Finance Day), is conscious that the changes to the traditional student finance system is a concern for many parents and believe that it’s important for us to all understand the ins and outs of the new system based on accurate facts.

As part of Student Finance Day, universities, schools and colleges across the country are joining together to host events and disseminate information to help prospective students and their parents get clear and accessible advice on student finance, particularly on the new repayment scheme in place.

As your children may be facing the prospect of £9,000 English tuition fees for the first time, or perhaps you anticipate your child will visit Open Days for 2013 entry, new research released shows a high level of confusion over the new student finance system remains, with 60% of prospective students have ‘worrying misconception’ about student finance.

In particular, the research (carried out with 14-18 year olds and those starting university this autumn) also highlighted the following*

Importantly to parents, the impact of this is that 61% of 14-18 year olds admitted that the changes had made them think harder about whether to go to university, and 91% felt that if they did, they would need to work whilst at university to financially support themselves.

“The tragedy is, it’s likely a good chunk of potential students are choosing not to go to university due to misplaced fear.  Worse is, I suspect it’s those from non-traditional university families who are most risk averse and most affected.

“Part of the problem is there’s too much focus on the headline amount being borrowed – a mostly irrelevant figure. What really counts is how much needs repaying and that depends solely on what’s earned after university.  You repay nothing under £21,000 and above that, the more you earn, the more you repay. Financially at least, it is effectively a no-win, no fee system.”

Ultimately, it’s important for parents to get to grips with the new student finance system, and by taking the time to understand and explain these changes to your child, it will ensure that they enter into higher education with a clear head, with the drive to succeed in, and enjoy every part of the experience.

If you’d like further information on the new student finance system, why not take a look at Martin’s videos and facts for parents in the links below:

The Independent Taskforce on Student Finance Information is headed by Martin Lewis of MoneySavingExpert.com, and you can see more of his myth-busting advice at www.moneysavingexpert.com/students2013

*All figures, unless otherwise stated, are from ResearchBods. Total sample size was 1,300, of which 800 are 14-18 year old students currently in school or college and 500 are starting university in Autumn 2012. All respondents were based in England. Fieldwork was undertaken between 7 and 11 of September 2011. The survey was carried out online.

Tags:  parenting student finance day tuition fees university
This entry was posted on Thursday, September 20th, 2012 at 10:42 am and is filed under Blog, Parenting Skills, Schooling. You can follow any responses to this entry through the RSS 2.0 feed. You can leave a response, or trackback from your own site.