How soft skills can change your children

Something interesting has happened in recent years.

People are beginning to realise that the best way to solve a problem is not by by treating it but by preventing it. Prevention  is better than cure. Why wait until things have already gone wrong?

This is why companies create strategic plans years in advance. They don’t wait for things to go wrong and then try to fix it. Instead, they put in place preventative measures to ensure they never get into a bad position in the first place. 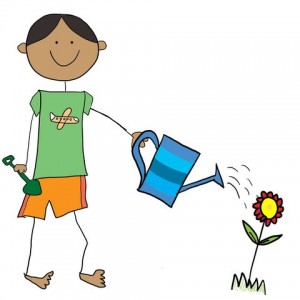 It sounds very obvious right? Yet when it comes to our children, we can often be so emotionally involved (understandably so) that it’s not until something goes wrong or until the school intervenes that we are forced to see the problem and take action.

By this stage, we are already in the cure phase rather than the preventative stage and it is much harder to cure a problem than to avoid getting there in the first place. I will give you some tools for prevention in the article called “5 ways to prevent trouble and increase achievement”.

Depression, suicide, anti-social behavior, crime, smoking, alcohol or drug abuse, early pregnancy, or sexual diseases are all things we worry about as parents and for a good reason. They are now common issues in teenagers and many very smart young people get lost on the way and often we don’t realise this until it is too late.

What we call “soft” skills are now more important than ever. Top companies hire candidates based on their soft skills and screen for qualities such as kindness, cooperation, and other such skills.

So what do these “soft” skills have to do with depression, anti-social behavior and addictive tendencies? Well a lot actually, according to research and practical experience:

An interesting study was conducted with  4-5 year olds. They were all presented with a marshmallow and given the choice to either eat it now or get another one in 10 minutes. When the study looked at the same participants 14 years later, they found that children who did not eat the initial marshmallow, but waited 10 minutes to get a second one had done much better both academically and socially.

The explanation is that children who showed they could delay gratification and exercise self-control proved to be more successful. Children or adults that lack the ability to control their impulses  are less likely to be able to follow through on goals and are more likely to fall into the traps of addictions. They can’t control their instant needs and emotions and have to act on them.

A massive survey of parents and teachers show that there is a worldwide trend for this generation of children to be more emotionally troubled than the last generation.   They are more lonely, depressed, angry, nervous and prone to worry than ever before.

Open a newspaper or watch the news and we get bombarded daily with “news” of a child that hurt another child, a jealous man that injured his wife, or a driver that had “road rage” and caused an accident.

What do all these acts of destruction we see and hear in the news have to do with teenagers issues such as depression, anti-social behavior and drug abuse?

It shows a fundamental lack of self-control over our destructive emotions. It comes from a lack of awareness in our society that we can develop social and emotional competencies and we need to teach this to our children. Rather than close our eyes and hope our child will not be using drugs, have unsafe sex or cause trouble.

There are two elements we need to work on to resolve the issues mentioned above, so our children can avoid getting into trouble, flourish and realise their potential. We need to understand how to develop positive emotions, engagement, relationships and meaning. (We will address this more in  my article “what is right with your children”. How many happy children or adults have you seen do destructive actions to themselves or others?

I presume your response was none. Happy people treat others with kindness and they don’t hurt others and according to research they also perform better in school and life.

The second element is self-awareness and self-management/control. We all have destructive emotions and thoughts and we all have the tendency for addictive behavior. By teaching children the skills of self-awareness, they become aware of how they feel, why they feel the way they do, what triggered those emotions and how their emotions impact others. This is an essential first step because without this awareness, we can’t change anything and we are simply guided and controlled by our emotions like a primitive animal.

I am sure you can remember a time when you acted out of being stressed, angry or another strong emotions and later realised that was not the best way to react and you did not get the result you desired. This is because when we have an “amygdala hijack” our logical and intelligent brain shuts down and we lose our uniquely human ability to think logically, project into the future and see possible consequences and make better choices that are more likely to get us the result we want. So in simple terms very strong emotions makes us stupid. 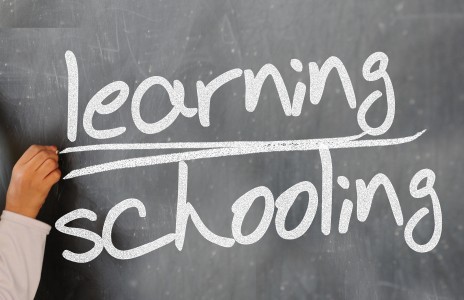 A part of our brain called the “left pre-frontal cortex” has a unique ability to inhibit our destructive impulses such as anger, addictions, and other strong emotions. I am not saying emotions are bad. I am simply saying we need to develop the ability to know when to use them and when to inhibit them.

These are tools that will help your children and society so should we not teach them to our children?

This entry was posted on Tuesday, July 15th, 2014 at 12:10 pm and is filed under Schooling. You can follow any responses to this entry through the RSS 2.0 feed. Both comments and pings are currently closed.