LSE IS LONDON’S TOP UNIVERSITY – IMPERIAL COLLEGE HAS THE MOST STUDENTS IN THE CAPITAL WITH GRADUATE LEVEL JOBS – GREENWICH EXCELS IN TEACHING EXCELLENCE SAYS STUDENTS – The Sunday Times University Guide 2012. 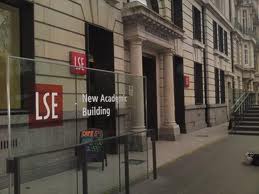 The London School of Economics and Political Science (LSE) has been named the top university in London according to The Sunday Times University Guide 2012. Imperial College also gets top honours for it’s student’s gaining graduate level jobs upon graduation in the 64-page guide, now in its 14th year, which is published this Sunday, September 11 with The Sunday Times.

An institution founded in 1895 by, among others, George Bernard Shaw, in little over a century, LSE has become the world-leader in the study of economics, politics and the social sciences. Upon graduation students earn an average salary of £28,594, almost £9,000 above the UK average, and many go on to occupy high positions in governments and civil services the world over. If LSE had decided to charge £9,000 a year for tuition fees, nobody would have batted an eyelid. Displaying the same lateral thinking for which its graduates are renowned, the school has opted to set its fees at £8,500 a year.

The school is in a better position than most to set lower fees thanks to the huge number of overseas students it recruits at both undergraduate and postgraduate level. There will be considerable support for those from poorer backgrounds with at least 37 National Scholarship Programme awards of £3,000 for the first-year, rising to £4,900 in the second and third years and the school will also offer significant bursaries awards ranging from £500 up to £3,500.

The reach of the school’s bursaries will help bring the average level of tuition fees paid down to just over £7,500 — a rate bettered by just 25 universities in England. This — and an extensive outreach programme of mentoring, tutoring, taster sessions and campus visits — should help keep the proportion of working-class students 50% higher than at Oxbridge. Professor Christopher Pissarides won the Nobel Prize for economics last October and is the 16th Nobel laureate from the LSE. Undergraduates enter with straight As at A-level and three-quarters go on to gain either a first or 2:1 in one of the narrow portfolio of degree courses: 35 at present, rising to 36 with the introduction of a BSc in management next year.

Imperial graduates are among the most sought-after in the world, which is probably why 95.7% are in graduate level jobs within six months. They are also among the best paid — earning on average £29,257 in their first job after leaving university. The reason for their success is not hard to fathom. Imperial attracts some of the brightest students. In its specialist fields of science, engineering and medicine it competes directly with Oxbridge, and accordingly, it recruits globally. During the past 14 years, Imperial has never finished outside the top four in The Sunday Times university league table until now.

According to student satisfaction results Greenwich has the best score in the region for teaching excellence. Not surprising when considering that one of the university’s research breakthroughs was recently named by British academics as one of the 10 most important discoveries made by a UK university over the past 60 years. Greenwich’s scientists developed an artificial cow that attracts and kills tsetse flies, which transmit the deadly sleeping sickness. It has led to a dramatic fall in outbreaks of the disease which kills thousands of people in Africa. Greenwich gained university status in 1992 and the curriculum is still focused on vocational courses ranging from traditional programmes such as teacher training to newer occupations such as horticulture and paramedic science.

The Sunday Times University Guide 2012 provides students and their parents with an invaluable first reference point on the path to finding a university place. It contains full profiles of all universities and the leading colleges of higher education. The league table is drawn up from criteria including student satisfaction, teaching and research quality, entrance qualifications held by new students, degree results achieved, student/staff ratios, graduate unemployment levels and university dropout rates.

The Sunday Times University Guide is in its 14th year of publication. With sales of more than one million and a readership of three million, it is the biggest newspaper university guide with the widest reach. Available in newsprint, on the web and on tablet, it is published on September 11.

Changes to the methodology of the league table this year have placed greater emphasis on student satisfaction with teaching quality, academic support, assessment and feedback, as measured through the 2011 National Student Survey, published in late August. Rather than analyse the outcomes to all 22 questions in the NSS, The Sunday Times this year focussed on the 12 questions most directly related to teaching.

Overall satisfaction with courses was considered separately and measured against a benchmark showing the level of satisfaction expected by the Higher Education Funding Council at a given institution given its subject and student mix.

The weighting given to measures of graduate employability was also doubled this year. The Sunday Times considered both the overall level of graduate unemployment six months after leaving university and the proportion of students going straight into graduate-level jobs

Other measures on which universities are ranked include:

Peer assessment – More than 2,300 academics were contacted for The Sunday Times peer assessment survey. They were asked to rate departments in their subject field at other universities on a five-point scale for the quality of their undergraduate provision.

Research – an examination of the outcomes of the 2008 Research Assessment Exercise, rewarding both quality and quantity of research undertaken.

Dropout rate – the proportion of students neither completing a year nor transferring to another institution in 2008-09 measured against the benchmark for the institution taking account of the subject and student mix.

The Sunday Times University Guide 2012 was compiled using data from the Higher Education Statistics Agency (Hesa) for the academic year 2009-10 (with the exception of the dropout rate figures which are from 2008-09), the 2011 National Student Survey, the national funding councils, university heads of department and the 126 institutions themselves.

Tags:  schooling
This entry was posted on Wednesday, September 14th, 2011 at 9:05 pm and is filed under Blog, Schooling. You can follow any responses to this entry through the RSS 2.0 feed. You can leave a response, or trackback from your own site.