Fairtrade school uniform – have you swapped?

With back to school steadily creeping up, parents will have the same old concern that they have year on year, buying the ‘right’ school uniform. However recently, buying the ‘right’ school uniform no longer just means the correct uniform for the school, which fits well, washes well, is comfortable and increasingly fashionable etc.  Nowadays the ‘right’ uniform should also be ethical and more schools are including an ethical uniform alternative as part of their approach to sustainability and fairness. 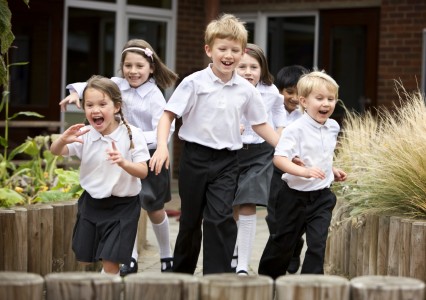 The demand for ethical uniform heightened last year when the Fairtrade Foundation called on retailers to increase their Fairtrade school uniform offerings with the launch of their ‘Step Back to School in Fairtrade Cotton’ campaign.

As interest for Fairtrade cotton uniform grows it has been seen that pupils, particularly primary aged pupils are very receptive to the idea and promotion of ‘fairness’.  There’s an air of simplicity to the Fairtrade Foundations mission, that famers should be paid fairly for their work, that perhaps primary aged school kids understand better, after all they haven’t had many years to be exposed to the unfairness many other countries face. In reality Non – Fairtrade cotton school uniform may have been produced by school-aged children for as little as 5p per hour, 80 hours a week.

Schools are also embracing and encouraging Fairtrade cotton school uniform as it can help them achieve awards and ethical/ eco school statuses. There are currently over 800 Fairtrade-certified schools and many more that have registered with the organisation are working towards gaining Fairtrade school status. Considering or swapping Fairtrade school uniform is often on the criteria for achieving such statuses. However there are other benefits to introducing a Fairtrade cotton school uniform that go beyond winning awards and so forth, it can benefit areas of study. Teachers can use Fairtrade for cross-curriculum learning opportunities, such as geography, science, history, commerce, maths and language.  By educating pupils about Fairtrade and involving them in the decision  to introduce Fairtrade cotton uniforms will perhaps take away the bore of actually ‘having to wear’ a school uniform, something which at the end of the day is forced.  It will hopefully make them feel positive about the schools actions and feel proud to wear something which is helping to sustain others futures. 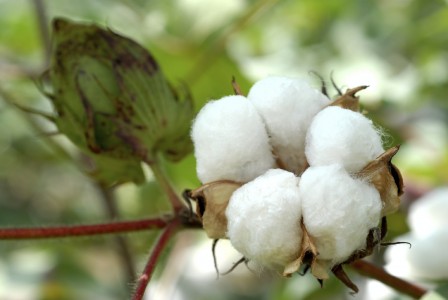 For all the good that the Fairtrade message does, allowing farmers to plan for their future and ultimately secure sustainable livelihoods, there are still plenty of odds stacked against Fairtrade cotton school uniform. Fairtrade cotton uniforms still have to be everything normal cotton school uniforms are; affordable, fit well, wash well, easy to order/ purchase, durable, available in school colours and often need to be embroidered. Some schools often don’t want the hassle of having to swap uniform especially if they are loyal to their supplier.

It is usually PTA’s, parents and pupils who push for the introduction of Fairtrade cotton uniform and the schools then in turn have to ask their suppliers to stock Fairtrade cotton items. But there are always those who will oppose, arguing that it is not fair to take the decision away from the parent, but ultimately it is the pupils who are there to learn and it could be that we trust what they want the school to be like.  Perhaps this is why many schools introduce a Fairtrade option alongside their current offering, but is that really enough? 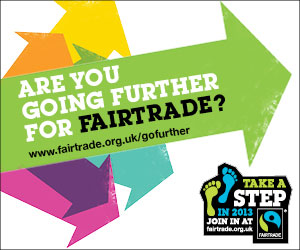 You can buy Fairtrade Uniforms with a discount using the exclusive discount code LONDONMUMS25 as shown in the London Mums magazine.

Tags:  back to school cotton fairtrade primary School uniform Schoolwear
This entry was posted on Wednesday, July 10th, 2013 at 3:00 pm and is filed under Schooling. You can follow any responses to this entry through the RSS 2.0 feed. You can leave a response, or trackback from your own site.