The Big March 2012, calls upon the United Nations to explicitly enshrine ‘bullying’ in the UN Convention on the Rights of the Child (UNCRC). To kick start this year’s Anti-Bullying Week, teen sensations Pixie Lott, Aston Merrygold and Jedward have been busy creating avatars of themselves, complete with Pixie’s new blonde bob, Aston’s characteristic beanie and Jedward’s trademark sky-high quiffs, to join Beatbullying’s The Big March 2012 on 1st March 2012, the world’s first global virtual protest march.

Next year, millions of avatars created by young people, celebrities, teachers and parents from around the world, will digitally march with placards across global websites to deliver a petition to a virtual United Nations (UN) building in New York asking that the UN make it a child’s right to live a life free from bullying. 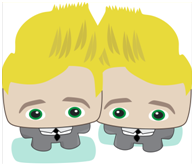 The Big March 2012, will be the world’s first global virtual march connecting communities from all corners of the globe in the fight against bullying and, if successful in its aim, it will mean that schools, Governments and families the world over will have more power to stop bullying from happening. 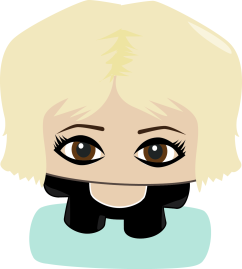 Jedward and Beatbullying ambassadors Pixie and Aston, all publically against bullying, are asking young people to create their very own avatar at www.beatbullying.org/bigmarch to support The Big March 2012.

People can choose eye colour, hair and clothes to match their own individual look and can even make banners with their own anti-bullying message for their avatars to hold as they march alongside Pixie, Aston and Jedward and a whole host of other celebrities.

“We love our John and Edward avatars and urge more people to join up to The Big March 2012. We know what it’s like to be bullied, and we think that bullying needs to be taken more seriously. We can’t wait for our avatars to be marching all over the world to make a stand against bullies across the globe. Let’s get marching, okay!”

“As a Beatbullying ambassador I know bullying happens on a daily basis, it’s even happened to my friends and fans. No one has the right to intimidate someone, make them feel bad or scared for their safety but it keeps happening time and time again to children and young people across the globe and it needs to stop!

“Young people who are worried can get amazing support at CyberMentors.org.uk, and anyone who wants to stop child bullying for good can join me on The Big March 2012, the world’s first global virtual march. I’m really excited to be a part of it and have designed my avatar already. Together we can stop children suffering the world over, so sign up today and unite the planet in the fight against bullies.” 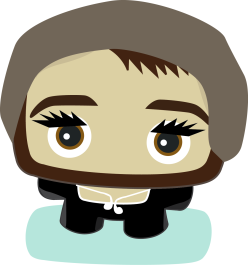 “Making someone feel scared or threatened is disgusting but bullying happens the world over and it is plain wrong. I never thought I would be affected by bullying but I was, and as a Beatbullying ambassador I know how important it is that young people get the support available at CyberMentors.org.uk and know that they are not alone.

“Bullies mustn’t get away with it. We need to make sure the world’s children are safe from bullying and abuse, so this year I’m taking part in Beatbullying’s The Big March 2012 to stop bullying around the world for good – join my avatar and march with thousands of others on the world’s first global virtual march at www.beatbullying.org/bigmarch”

“Violence amongst young people across the world is at epidemic levels. We have a child protection crisis on our hands, and we have a duty as global citizens to unite and insist that world leaders, politicians, communities and families stand up and take action.

“Thousands of young people have taken their own lives as a direct result of being bullied. This must stop.

“I believe that every child has the right to a life that is safe, dignified and free from violence and bullying.

“We’re asking for the support of parents, teachers, young people, businesses and communities from all corners of the globe on The Big March 2012.

“Together we can make a difference to children’s rights with the largest globally connected digital take over the world has ever seen.”

With more celebrity, corporate and charity partners set to be announced, any company interested in partnering with The Big March 2012, can get involved by contacting the charity directly on 0208 771 3377 info@beatbullying.org and those who want to create their own avatar to join the march on the 1st March 2012, can sign up at www.beatbullying.org/bigmarch

This entry was posted on Tuesday, November 15th, 2011 at 1:58 pm and is filed under Blog, Schooling. You can follow any responses to this entry through the RSS 2.0 feed. You can leave a response, or trackback from your own site.