Back to school essentials 2013

With the new school year looming, it’s time to consider those essential buys – from the uniform and school bags to lunchboxes and stationary. Here is a list of school essentials tested and chosen by London Mums. 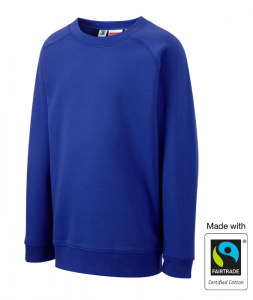 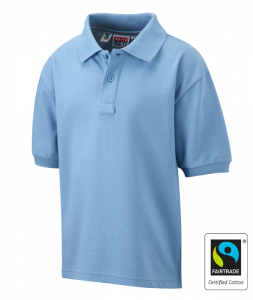 You can buy Fairtrade Uniforms at EthicalUniform using the discount code LONDONMUMS25 from the London Mums magazine. 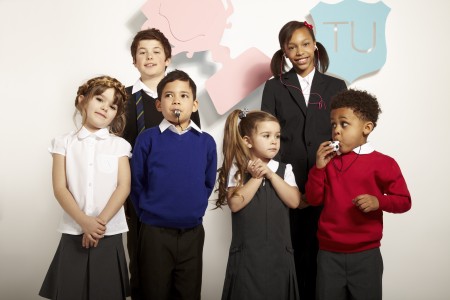 The new TU Sainsbury’s Uniform range is quite robust and lasting as well as cost effective, which are qualities London Mums always look at when reviewing uniforms.

Tu at Sainsbury’s has recently created a surprising tongue-in-cheek, video featuring internet sensation, B Girl Terra. With over five million hits on YouTube, the six year-old break-dancer from Wolverhampton, was recently flown out to the US by TV presenter Ellen DeGeneres to appear on her popular entertainment show. Check this video for a bit of kiddy fun 🙂 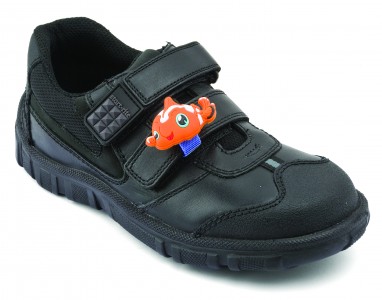 School shoes can be a bit dull with kids who are now spoilt for choice these days. So Start-rite have teamed up with Floppets, the latest collectible craze to hit the UK, to offer its back-to-school customers an exclusive gift. From June 2013, children will receive a free ‘Start-rite Surprise’ Floppet with every pair of selected Start-rite school shoes.

Floppets is the latest craze from America: collectible toys with Velcro straps, so children can attach them to shoes, book bags, pencil cases, pencils or even fingers and toes!

The ‘Start-rite Surprise’ collectable characters include Reach the Giraffe, Asia the Panda, Pop the Penguin, Reef the Fish, Uproar the Lion, and Silk the Spider (exclusive to the Arachnid shoe). Children will receive a foil packed ‘Start-rite Surprise’ with selected Start-rite school shoes, available to purchase from all Start-rite stockists and online at www.startriteshoes.com from 01 June 2013.

Floppets are also available at Toys R’ Us, WHSmith, The Entertainer, smaller retail confectionary stores in the UK, and Smyths in Ireland. In the image: Floppets on Hover in Black. 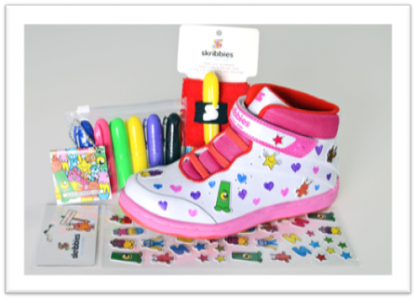 If you are looking for trendy and good quality shoes for your kids there’s a new range on the market. Children no longer need to be confined to colouring on paper, or scribbling in places they shouldn’t (walls, furniture, carpets, etc), with the launch of NEW British children’s footwear brand, Skribbies and their exclusive range of repeatedly customisable shoes for kids.

Inspired by the fabric paints of the 90s, these fashionable, hi-top shoes with convenient Velcro fastening, combine style with a very individual sense of creativity. Think whiteboard on a shoe, Skribbies provide an ideal blank canvas for children to express themselves through colour and show-off their artistic flair. The unique wipeable surface enables children to alter the look of their shoes over and over again. Simply draw-wipe-draw to create a truly unique pair of shoes every time! 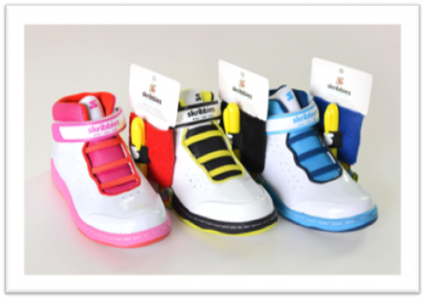 Each pair of Skribbies comes with its very own selection of magic ink pens, a collection of Skribbies stickers and a pen holder wrist-band that doubles-up to provide a useful shoe ‘rubber’. Produced in a selection of colourways to suit boys and girls: Pink/Red, Neon Yellow/Black, Blue/Navy, Skribbies are available in sizes ranging from UK Junior Size 10 to UK 2 (RRP £35.95).

Having already been selected as a finalist in the Start-Up Britain awards and a winner of Shell Live Wire Grand Ideas, Skribbies is certainly a brand to watch.

What we love about Skribbies is that it is a UK based company founded by young entrepreneur Jennifer Duthie (27) launched only in June 2013. Inspired by the fabric paints of the 90s Jennifer wanted to develop a product for kids that was more versatile and would allow kids to keep on customising. Kids love to draw – save paper and let them do it on their Skribbies shoes! Wanting to leave a mark on the world Jennifer, an Aston Business school graduate, left the corporate world in 2011 to pursue her entrepreneurial dreams. 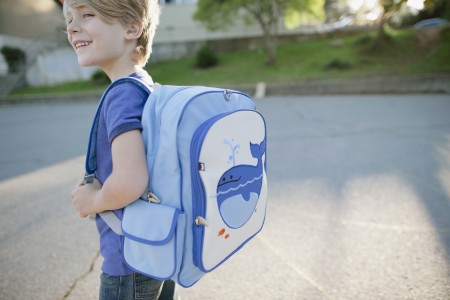 Our first choice is definitely a range of backpacks especially designed for school children by Beatrix, a New York based company devoted to creating cool, contemporary stuff for kids. They combine a childlike love of whimsy and imagination with a grown-up sense of modern design and style. You’ll find their adorable characters and colourful graphics on a range of products from Lunch Boxes (which are machine washable) to Back Packs and Suit Cases. Products made with love and designed to last. They have a huge A-List celebrity following and definitely a brand for those who like to stand out from the crowd. Distributed by EVERDELL LTD in the UK. 01264 782665 www.everdell.co.uk/stockists. 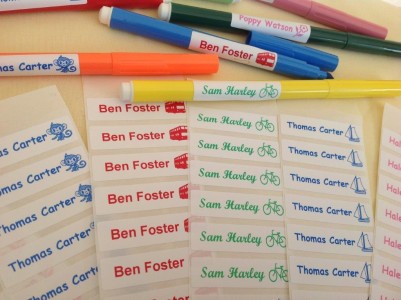 Labelling school items is essential to avoid missing expensive uniforms and shoes as well as other important pieces of kits kids need at school. 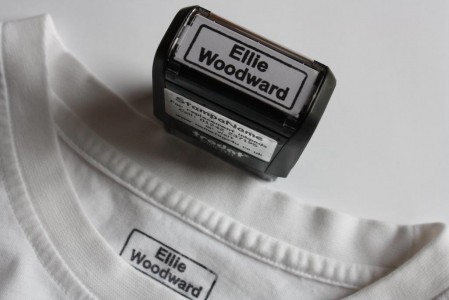 We love in particular NameTags4U because as well as providing all the usual name tags for clothes, they have a new product called the StampaName.

When it comes to speed and ease of appliance we believe this is the fastest way ever! The StampaName is just a normal Stamp (like an office stamp) – except that it contains a textile ink cartridge which means that anything marked with it can then go through the wash and the ink won’t wash off. It is so easy and quick to do that it has become extremely popular with mums – and as it’s good fun too even the children like to help! The StampaNames can also be printed with little personal logos. 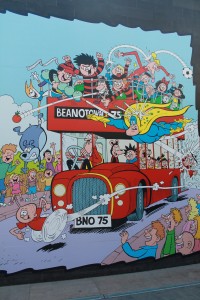 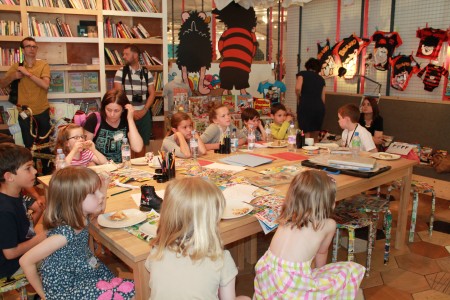 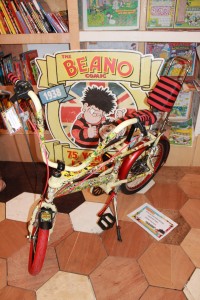 The Beano is a British children’s comic that first appeared on 30 July 1938 and was published weekly. During World War II, The Beano and The Dandy were published on alternating weeks because of paper and ink rationing. Paper and ink supplies were fully restored shortly after the end of hostilities and weekly publication of The Beano and The Dandy resumed in 1949.
Its iconic characters such as Dennis the Menace, Minnie the Minx, The Bash Street Kids, Roger the Dodger, Billy Whizz and Ball Boy, have become known to generations of British children. 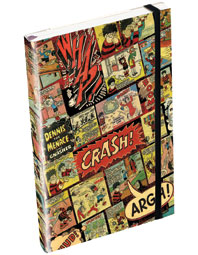 Recently my 7 year old son and I attended an amazing drawing workshop run by one of Beano comic’s illustrator at Southbank Centre within an exhibition to celebrate the 75th anniversary of Beano. Not only we learnt quick tips to draw illustrations and remove the fear of the blank canvas, but we also grew very fond of the new Beano merchandising. Just check out the Beano Back to School products here.

Menacing can be thirsty work! We particularly like the practical and robust plastic Denis the Menace Water Bottle with 750ml capacity, a wide-mouth for easy filling and a screw cap, RRP £5.95 available from www.foska.com. 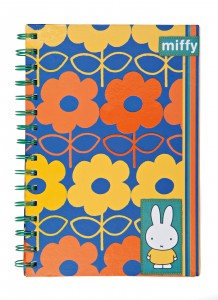 Another classic brand for kiddies’ products is Miffy. Most parents probably remember this little rabbit which dates back from 1955 and has been reinvented many times over time. Miffy was created in 1955 after Dutch artist Dick Bruna had been telling his one-year-old son Sierk stories about a little rabbit they had seen earlier in the dunes, while on holiday at Egmond aan Zee. Miffy became a female after Bruna decided that he wanted to draw a dress and not trousers on his rabbit. Depending on the story, Miffy can be a baby or four years old. The original Dutch name, Nijntje, is a shortening or diminutive of konijntje, “little rabbit”. Almost 30 others have followed from the first in the Fifties. In total they have sold over 85 million copies, and inspired two separate television series as well as items such as clothes and toys featuring the character. A feature-length film, Miffy the Movie, was released in 2012. 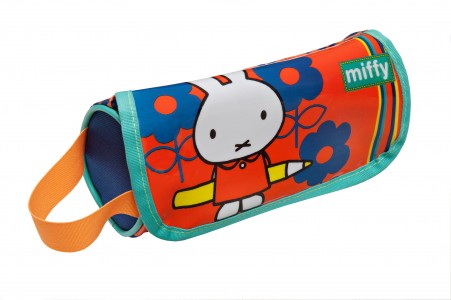 You can get a cute yellow and orange flower design notebook Miffy A5 Wire Notebook featuring the iconic bunny on the front cover for £3.99 from Waterstones and a cute matching pencil case Miffy Pencil Case for £5.99 also from Waterstones.

More information on the Miffy range can be found here.

If you are looking for value-for-money items check Sainsbury’s offers on a new range of stationary products for school. 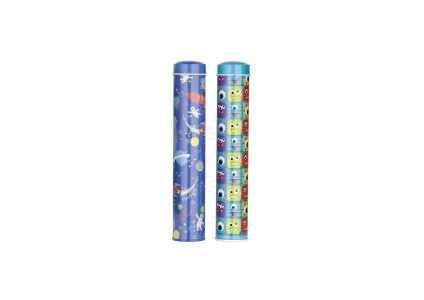 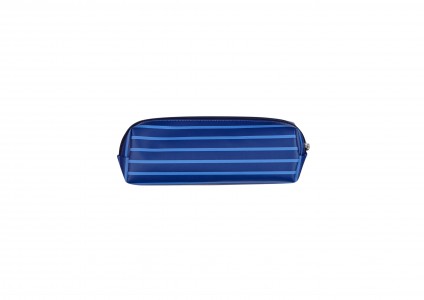 This entry was posted on Thursday, August 22nd, 2013 at 9:00 am and is filed under Schooling. You can follow any responses to this entry through the RSS 2.0 feed. You can leave a response, or trackback from your own site.