The Time Is Ripe For Confident Babies – Geminis rock!

I know this may sound a bit shallow and trivial but did you actually know that September is the month to conceive if you want your child to be the next Johnny Depp or Nicole Kidman? Geminis seem to dominate Hollywood royalty more than any other star sign and is the most common at Perform drama school. As i am a Gemini myself, i loved this story by Perform. 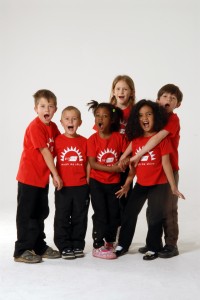 Ancient astrological thinking states that Geminis are the best communicators and that the dual nature of the sign of the twins means they can be themselves and a character at the same time. Astrologists believe that creativity flourishes in confident, chatty Geminis and they can move easily from project to project – perfectly suited to playing different parts. Observations from Perform drama school bear this out as Gemini is the most prevalent star sign amongst the 68,000 children that have come through its doors since 2000.

Lucy Quick, Principal at Perform, states: “As a company we focus on using drama to help children with four key areas: communication, coordination, concentration and confidence, so it’s fascinating to see that over the years we have taught more Geminis – the great communicators – than any other star sign. Geminis are very social, love using their imaginations and talking, so our classes are a great environment for them to shine.”

Geminis’ dominance in the acting profession is confirmed by greats such as John Wayne, Sir Laurence Olivier, Kristin Scott-Thomas, Helena Bonham-Carter, Judy Garland, Marilyn Monroe, and Sir Ian McKellen boasting this star sign. By contrast there are fewer Sagittarians (the natural teachers and philosophers of the zodiac) at Perform than any other sign.

Lucy Quick concludes: “Since we started, we have worked with thousands of children across the whole star sign spectrum. All children benefit from our classes whatever they grow up to be in the future, but it is the Geminis that we are most likely to see treading the boards.”

This entry was posted on Monday, September 12th, 2011 at 10:28 pm and is filed under Baby & Toddlers, Blog, Pregnancy & Birth. You can follow any responses to this entry through the RSS 2.0 feed. You can leave a response, or trackback from your own site.