From the conception of her baby to its birth, every pregnant woman is bombarded by a variety of old wives tales. There is a tale for every stage of pregnancy and it is impossible for pregnant women to escape the myriad pieces of advice and predictions relating to their unborn children. 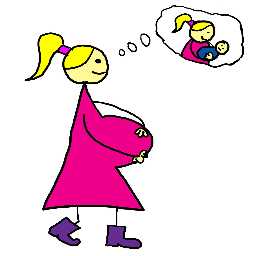 But are pregnant women being led up the garden path or do these tales actually have any scientific worth?

To celebrate National Science & Engineering Week, Dr Sarah Jarvis, GP and clinical consultant to patient.co.uk and the British Science Association examine some of the most pervasive and popular myths associated with pregnancy, and finally reveal whether there is any scientific truth behind the tales.

1. If the foetal heart rate is under 140 beats per minute, you are expecting a boy

Babies’ hearts naturally beat faster than adults’- by the time they’re born, they should beat at 120-160 times a minute. Anything slower or faster than this during labour is a possible indication that the baby is having problems. Girls’ hearts do sometimes beat faster than boys’ during labour but by that time, you won’t have long to wait before you find out for sure!

2. Extra weight out front means that you are carrying a boy and weight around your hips and bottom, indicates a girl

It’s possible that this myth came about because boys are, on average, larger when they’re born than girls (and therefore your stomach may be slightly bigger), but otherwise there’s no scientific explanation that accounts for it. A bump often changes shape as your pregnancy progresses and is also dependent on the shape of the mother’s torso. As soon as you become pregnant, your levels of the female hormone progesterone increase. This can lead to bloating and your tummy may look bigger long before the womb has increased in size. This is often more pronounced in second and later pregnancies as your stomach muscles have been pre-primed to stretch by your first pregnancy.

3. You are more likely to have a boy if the hair on your legs grows faster during pregnancy

Some have argued that the additional testosterone in your body when you are having a boy results in your hair growing faster. However, while small amounts of blood can be passed from baby to mother during labour or occasionally following trauma, otherwise the transfer is pretty much one way, with mother passing all the nutrients to the baby. There’s no reason to believe that a woman would be affected by her baby’s testosterone. 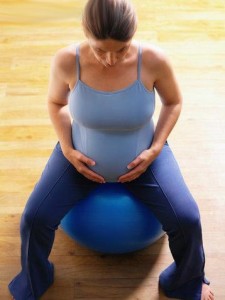 Semen contains prostaglandins, and there has been some research into whether having sex can help bring on labour. Funnily enough, researchers have found it difficult to standardise their trials enough to prove this one way or another. However, as long as you haven’t been told to avoid sex for medical reasons, it’s worth a try.

5. Heartburn during pregnancy means that the baby will have a full head of hair

Researchers surmise that higher levels of oestrogen and progesterone can relax the oesophageal sphincter, allowing stomach acid to back up into the oesophagus, causing gastric reflux. However, while there may be some truth behind the science, it’s important to bear in mind that other factors, such as being overweight before you get pregnant or putting on a lot of weight during pregnancy, will also increase your risk of heartburn.

6. If you crave something whilst you are pregnant and do not have it, your baby will have a birth mark

Try as I might, I can think of no reason why this myth should ever have arisen. Just – no! Birth marks are caused by the blood vessels of the affected area being deficient in nerve supply.

Some argue that this myth could be true due to the different hormones produced by female babies.
Any doctor – and any woman – underestimates the power of female hormones at their peril! As the Duchess of Cambridge’s experiences prove, no woman is immune from sickness in pregnancy – about 70% of women feel sick and 60% vomit in the early stages of pregnancy, although symptoms settle in 90% of women by 16 weeks.

8. If you stretch your hands above your head, you could cause the cord to strangle the baby

Your body is astonishingly well designed to protect your baby in its floating home until you deliver. Doctors don’t recommend contact sports, sports with a high risk of falling (such as skiing) or scuba diving, but we actively recommend many other forms of exercise. It will take a great deal more than lifting your arms to damage your baby.

In the past, many have argued that stout is good for pregnancy as it boosts a woman’s iron levels. However, the National Institute for Clinical Excellence (NICE) recommends that women should avoid alcohol completely in pregnancy. Certainly drinking 2-3 units a day (the standard limit for healthy non-pregnant women) increases all sorts of risks to your baby. A recent study has suggested that even smaller amounts may have an impact on your baby’s brain development, so find another way to boost your iron levels!

National Science & Engineering Week runs from the 15th to the 24th March 2013. For details of fun family events and activities, go to: http://www.britishscienceassociation.org/national-science-engineering-week.

Tags:  pregnancy
This entry was posted on Saturday, March 23rd, 2013 at 11:09 am and is filed under Pregnancy & Birth. You can follow any responses to this entry through the RSS 2.0 feed. You can leave a response, or trackback from your own site.