Lindsay O’Mahoney has made her name as the vocalist for country-tinged trio Honey Ryder, who are currently building to the release of their third studio album ‘Born In A Bottle’. Having balanced her career with motherhood, the songstress talks to Katherine Rippon about her first experience of childbirth was far from straightforward….

‘I started contractions on the Sunday night, they continued intermittently. Monday morning – I was booked in for a ‘sweep’ to try and induce the baby as he was a few days late by that point. She couldn’t reach my cervix (which we later found out was in the wrong position anyway and had to be manually pulled forward….OUCH), so because she couldn’t get to it, she and the rest of the midwives who saw me over the course of the next 48 hours assumed I wasn’t in labour. She also measured (incorrectly) my bump and decided there was cause for concern that it was too small therefore sent us for a scan.

We had to wait around all afternoon at Stoke Mandeville hospital by which point the contractions were very painful. In the scan, the lady said the baby was a normal weight however he was lying spine to spine and she very much doubted he would come out naturally. (This information was not accepted by the midwives who dealt with my labour afterwards). The baby’s position was why my back was causing me so much pain and why I had suffered from SPD during the pregnancy (pelvic pain which makes it hard to walk) – They sent me home and the pain continued….by Tuesday morning I was in agony and by Tuesday lunchtime I rang the hospital in tears begging them to let me come in. 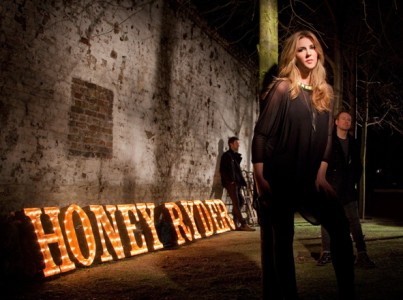 Once in hospital the young and inexperienced midwife insisted I wasn’t in labour despite the agony I was in as she couldn’t find my cervix……therefore she couldn’t do anything for me….it took a while but I managed to convince them eventually that I wasn’t putting it on and that I had to have pain relief. They called a doctor who discovered the problem, pulled my cervix forward and told them I was 3 inches dilated and quite blatantly in labour therefore I was to have an epidural….which worked for a while….and I was in heaven….but then it wore off. They tried again twice but it didn’t work and the agonising contractions kicked in all through the night. When it got to the early hours they said I was dilated enough to start pushing however I had no feeling where you need to feel to be able to push…just excruciating contraction pain! I was also becoming weaker and weaker and was screaming for a c-section as I knew in my heart that the baby wouldn’t come out naturally and all this was for nothing.

After 1.5 hours, they decided he wasn’t going to come out and rushed me to theatre. I almost fell off the operating table as they put me on my side, which meant my bump was falling off the edge causing agonising pain (still brings tears to the eyes!). I later found out the baby was now in distress. They tried ventouse, then did an episiotomy and used forceps and he eventually came out at 7.59am Wednesday morning. I could hardly even look at Max, let alone hold him. I was reduced to nothing and very traumatised. I still don’t understand why they let it go so long. I hope now, they’d perform a c-section far sooner to avoid 2.5 horrendous days. I bonded very quickly with Max later on luckily but things might have been different.

I fell pregnant with my second son Ozzie in 2012. When I discovered he was lying spine to spine again like Max I knew 100% that I wanted to explore the C-section option. I still felt utterly traumatised by my previous experience and was also in agony with my back/coccyx and SPD pain. I had to go through a long process explaining everything that had happened before and at the start of it felt pretty daunted but once I began my story the midwives/consultants listened thoroughly and understood my reasons. C-section surgery is not to be taken likely – it certainly wasn’t an easier option, just one which for me had more predictability and less emotional trauma.

Ozzie was delivered on 9th September 2013 and the staff at Stoke Mandeville looked after me amazingly. Due to back problems I had a lot of difficulty with movement for a couple of weeks but I still felt far stronger physically and emotionally. Two very different labour/birth circumstances, but fortunately the same two little healthy bundles of joy afterwards – and for that I feel very lucky.’

Tags:  childbirth Honey Ryder
This entry was posted on Tuesday, July 14th, 2015 at 11:00 am and is filed under Pregnancy & Birth. You can follow any responses to this entry through the RSS 2.0 feed. Both comments and pings are currently closed.