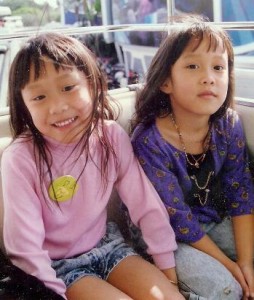 The team, led by Dr Clare Llewellyn of UCL’s Health Behaviour Research Centre, examined data from the Cancer Research UK ‘Gemini’ study, a birth cohort of 2,402 families with twins born in England and Wales in 2007. They asked parents of same sex twins (1,586) if they knew whether their twins were identical or not and how they discovered that information. The research was published in BJOG: An International Journal of Obstetrics and Gynaecology last week.

Co-author Professor Jane Wardle, also of UCL’s Health Behaviour Research Centre, said: “Finding out if your twins are identical or not is important to parents. However our data suggests that there may be a lack of knowledge among some health professionals about both identical and non-identical twins having two placentas.”

In the study the majority of parents (1,302/82%) reported that they had been given the information by health professionals based on the formation of the placenta as seen on the prenatal scan. As part of the Gemini data collection, all parents completed a questionnaire when their twins were on average just over 8 months old. This questionnaire asked about the children’s height, eye colour, hair colour and overall confusability and has been found in a previous study to correctly determine whether twins were from one egg or two in 95% of cases.

The researchers found that out of the 1,302 parents, 191 (14.7%) were misinformed about whether their same sex twins’ were either identical or non-identical.

“Parents have the right to the relevant information if it is available. However most parents will understand that it is not always possible to give a specific answer,” said Professor Wardle.

John Thorp, BJOG Deputy-Editor-in-Chief, said: “This paper highlights the uncertainty that can exist in finding out whether same sex twins are identical or not. Additional training may be required for health professionals to avoid giving out the wrong information to parents.”

Tags:  birth pregnancy twins
This entry was posted on Thursday, April 19th, 2012 at 10:30 pm and is filed under Baby & Toddlers, Parenting Skills, Pregnancy & Birth. You can follow any responses to this entry through the RSS 2.0 feed. You can leave a response, or trackback from your own site.