Introducing cursive handwriting in the first years of schooling is a daunting task for parent and child alike. Yet, more and more primary schools are insisting that a child entering school should embark on writing at this seemingly complicated level. 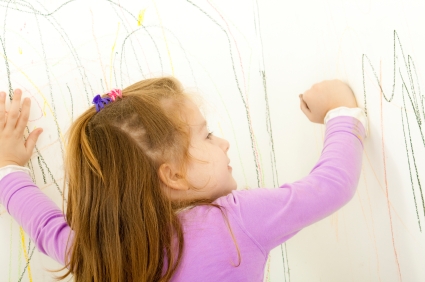 As a mother and a therapist I completely agree with this line of thought. In fact, I made sure that   this was a pre-requisite when selecting a school for my own child.

The process may appear contrived but cursive script is a more natural progression from the circular scribbles and curved forms, than print block writing is.

Printed letters requires more developed motor control of the hand, and more strength in the child’s wrist than can be mustered by a five year old. The precision required to form clear geometric linear shapes can not be created as a starting point to writing, but an accumulative skill acquired much later in developmental terms. Just by looking at a child’s (pre-school) drawings you can see that curved shapes are more frequent than angular linear shapes.

There are a number of arguments against this idea; opponents feel it causes confusion as cursive writing does not appear in printed form in books, or that it is too complicated to create and looks illegible. Of course there are exceptions to the rule when a child has a diagnosed problem such as dysgraphia/dyspraxia and the complexity of writing/drawing or any other fine motor activity is difficult.

Everything else put aside the benefit of cursive script outweigh block print. The key advantages to this system are:

I have worked with many dyslexic children that do not reverse their letters when writing because they have been taught to write using cursive script; moving from left to right when writing without taking their pencil off the page when writing each spelling and always starting at the same formation point, one the line,  for each spelling when moving across the page.

Initially it is not an easy route (early years are a challenge!) it is nevertheless worth to persist and give it sufficient time. Especially since complicated spelling easily can be embedded in the physical memory of how that spelling ‘feels’ as one writes the shapes in the memorised sequence.

So what about writing on your walls? Why should this be encouraged?

‘Mark making’ scribbling is a secondary skill for refining fine motor control. Its pre-requisite is gross motor skills acquired when using our arms. Thus, coordination in our arms acquired when crawling, using a spoon to eat, climbing, throwing and catching all need to be developed first.

Using a vertical surface to write on will:

What’s more, parents need not sacrifice their pristine walls for this endeavour. The use of easels, adhesive black board sheets or paper stuck to the fridge is fine. My personal favourite from when my daughter was younger was drawing with chunky chalk on the garage wall.

Usha Patel  is a Learning Difficulties Therapist . Her focus lay in using non-invasive motor sensory techniques and specialist software for cognitive enhancement. For more  information on her ‘remote’  summer programme contact her via her website .  www.ravivpracticelondon.co.uk .

Usha Patel is a neurocognitive therapist. Her focus lays in using non-invasive motor sensory techniques and specialist software for cognitive enhancement. She is also the first therapist to bring Bal-A-Vis-X to the UK. This programme is designed for schools and addresses keys issues that help children be successful at learning – regardless of ability. You can contact her through her websites, www.integratedbrain.co.uk and www.ravivpracticelondon.co.uk

Tags:  art & craft creative get creative handwriting learning special kids special needs spelling
This entry was posted on Tuesday, July 10th, 2012 at 9:29 am and is filed under Parenting Skills. You can follow any responses to this entry through the RSS 2.0 feed. You can leave a response, or trackback from your own site.