Toddler years’ study: Dealing with Explosive Toddler Tantrums in Public is Biggest Fear for One Third of UK Parents who Feel ‘Judged’

Multiple pressures faced by parents with developing toddlers is on the rise and could have a negative impact on parental wellbeing, as new research reveals high numbers (73%) constantly worry about what other people around them think. The new child development survey independently commissioned by nationwide preschool activity class provider, Toddler Sense, questioned more than a thousand UK parents on their anxieties around toddler development and found that dealing with tantrums in public was the top concern for one third.  A further 17% also said they felt ashamed and embarrassed by their toddler’s aggressive behaviour, which often involved biting and/or hitting other children. 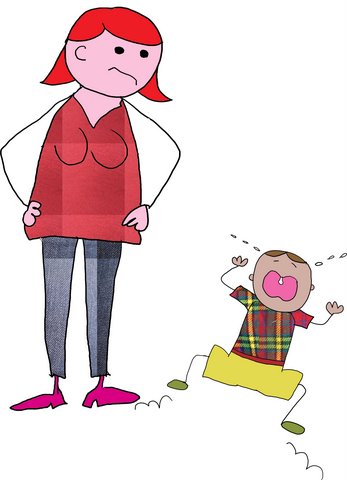 Dr Lin Day, child development expert and Founder of Toddler Sense sheds some light: “Parents with toddlers face multiple pressures on a daily basis from providing new experiences and regular outings to engaging in new activities, while giving 100% of their attention 24/7.  To make matters worse, if a young child has an emotional outburst in public, onlookers are often quick to condemn and judge the behaviour. So it’s hardly surprising that parents suffer from anxiety and stress, judge themselves too harshly, lose confidence in their abilities, and feel unappreciated and undermined. The truth is, parenting is the most difficult job in the world and parents need to be congratulated for doing it so well”.

The survey commissioned was conducted by Censuswide (independently compliance-checked and verified) and polled 1,008 participants (UK parents with babies and young children) who answered survey questions on toddler development anxieties in October 2019.

The survey results which come in line with the launch of Toddler Travellers, a new extended range of nationwide classes (from Toddler Sense) designed to support parents in the often ‘unsettling’ interim development period between baby and toddler, also revealed that ‘saying first words’ was the second biggest worry for parents with toddlers. More than a quarter (26%) also admitted their worries around speech development were heightened by comparisons of other parents whose children had supposedly spoken sooner.

Child mobility was also a big anxiety for parents with more than half (57%) saying they felt under pressure from family and friends for their toddler to take their first steps.  A further 15% said they believed their child learned to walked quite late but said they faced a barrage of comments from other people about their child’s ‘delayed development’, which added to their worries.

Dr Day continued: “Parents are bombarded with unrealistic expectations from multiple sources including family, friends and social media, to get their child to walk or talk before they’re developmentally ready, which can lead to deep feelings of failure for people who are genuinely good parents. Our research shows that walking, talking and dealing with tantrums are some of the biggest pressures and barriers to parental wellbeing today.  Although it is natural for parents to want their child to walk and talk early, and to demonstrate positive behaviours outside the home, research from the Northern Illinois University’s Department of Education also shows that if the pressure is too strong, the child may suffer from low self-esteem and emotional instability, which can affect the ability to learn and grow.”

A new range of multi-sensory classes from Toddler Sense, have been launched in a bid to boost parental wellbeing and offer more focused support by providing a gentler introduction to toddlerhood.  Toddler Travellers offers practical, social and emotional parenting support on all aspects of a child’s learning and development during a one hour session that provides opportunities for parents and children to interact together in an adventure play area.  Activities include playing musical instruments, singing, dancing and rhyming to support speech development and language skills as well as achievable, practical games that parents and children can enjoy together to build confidence.

Dr Day concludes: “Rather than pressurising toddlers to reach milestones too soon, encourage them to learn as much as possible about the outside world, to get more sleep, exercise, fresh air and sunshine, and to communicate their thoughts and feelings before they get out of control. All these things are far more productive than encouraging skills before the child is developmentally ready and they will have a positive impact on parenting attitudes too. Children grow up so quickly and every moment is precious.” 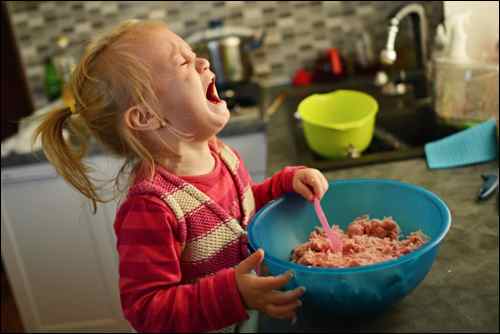 Toddler Sense provides award-winning, class-based, multi-sensory adventures across the UK and overseas (for children from 13 months of age up to five years). Classes are aimed at parents and toddlers and are designed to introduce a whole new world of sensory stimulation, learning, play and fun adventures. Classes encourage the development of a wide range of social and physical skills from building new friendships to climbing, rolling and bouncing and also navigating obstacles, developing creativity and intellect etc.

This entry was posted on Friday, November 8th, 2019 at 5:16 pm and is filed under Parenting Skills. You can follow any responses to this entry through the RSS 2.0 feed. Both comments and pings are currently closed.